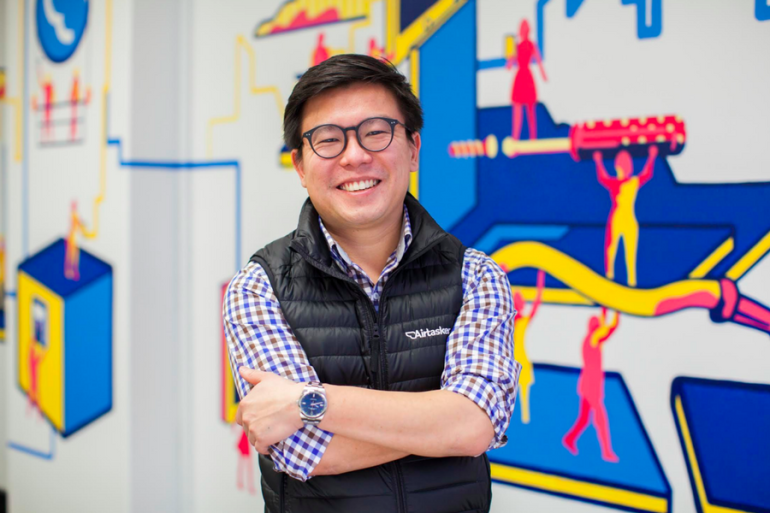 Fresh off raising $33 million Series C round in October, Airtasker is gearing up for a busy Christmas period, today announcing a partnership with Coles to trial a delivery service across 64 Sydney stores.

Running as a 12 month trial, the service will allow shoppers to post their grocery list online and specify their desired delivery time, with an Airtasker then doing the shop and delivering the items. Shoppers and Airtaskers will also be able to chat one on one, allowing for shopping lists to be changed on the go.

“We know our customers enjoy the convenience of having their groceries delivered by Coles Online; this trial with Airtasker will make shopping even more convenient by allowing customers to deal directly with the person doing their shopping and bringing it to them,” she said.

Airtaskers will have to apply for a ‘Coles Badge’ in order to be eligible to deliver through the service; this involves completing a “Coles branded shopping guide” which sets out how to pick and pack customer orders.

For Coles, meanwhile, the partnership comes a week after the launch of Amazon in Australia.

While the company’s same-day grocery delivery service, AmazonFresh, is not yet live locally, Australian grocers are prepping; acknowledging that the Australian online grocery sector is “yet to achieve anything close to the scale of the overall online retail sector”, research from IbisWorld found it has “significant potential for growth” and predicted the space will grow to $3.1 billion in revenue in 2017-18.

Airtasker cofounder and CEO Tim Fung said, “Grocery shopping is one of the fastest-growing tasks on the Airtasker platform as Australians get smarter about how they use their time.”

The Coles deal is the latest partnership with a large retailer for Airtasker, with the startup last year linking up with electronics retailer The Good Guys to help customers find an Airtasker to install their goods. It has also signed partnerships with the likes of eBay and Ikea.

Fung had signalled Airtasker’s intentions to keep growing across Australia upon the Series C raise; announcing the company’s expansion into the UK at the same time, Fung said the company still had “extensive” growth plans for Australia.

“We’re only just scratching the surface of the Australian market and estimate we’re about 0.1 percent of the way towards our overall market potential,” he said at the time.

With fresh funding from Seven West Media, Skyfield Capital, Exto Partners, Morning Crest Capital and Black Sheep Capital, however, Fung said Airtasker had made the decision to expand to the UK as its research indicated UK customers “share similar attitudes” to Australians around trust in the community and “getting things done”.