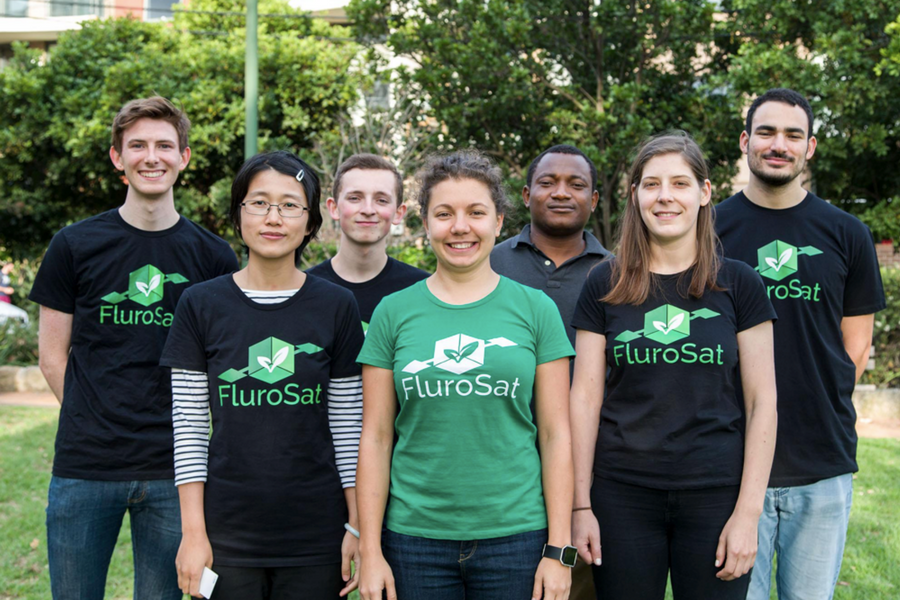 Australian agtech startup FluroSat has raised $1.5 million from the CSIRO’s Main Sequence Ventures, AirTree Ventures, and a group of strategic investors in the agricultural space led by Cotton Research and Development Corporation (CRDC) to help further develop its technology.

Founded by Anastasia Volkova and Malcolm Ramsey, the startup originated out of a project the cofounders were working on while studying a course at the University of Sydney.

The startup has created a system whereby images taken by hyperspectral cameras on drones or satellites are then analysed according to crop type, helping growers estimate crop performance and diagnose it, with issues such as nutrient deficit, water and heat stress, and diseases able to be spotted.

“We believe that receiving the actionable insights required to manage a farm should be as easy as viewing your morning news feed. Our goal is to give growers and agronomists the cues to make decisions that directly affect ROI,” Volkova said.

While the funding will give the startup the resources to continue growing, Volkova added that FluroSat is particularly excited about the depth of experience of its investors.

“These investors have experience and knowledge in each of the major parts of FluroSat’s business: deep tech, crop health science, data analytics, and machine learning, as well as direct contacts with growers of high-value crops. This is almost as important as the financial injection,” she said.

Along with the VC funding, FluroSat, which has participated in the Growlab accelerator at Cicada Innovations, has also secured several grants.

Michael Zimmerman, partner at Main Sequence Ventures, said, “Australia is a world leader in innovation for the agriculture sectors, tracing all the way back to CSIRO’s origins over 100 years ago. We are thrilled to be leading the investment in FluroSat, who are bringing together advances in remote sensing, machine learning and crop science to deliver a much-needed solution for industry.”

The funding for FluroSat comes after a solid year of growth in the local agricultural sector, which a 2016 report from StartupAUS and KPMG estimated could grow into a $100 billion industry by 2030 if supported by agtech.

FluroSat is one of the first investments for Main Sequence Ventures, which manages the CSIRO’s $200 million venture capital fund, since its official launch at the end of October.

First announced as part of the National Innovation and Science Agenda (NISA), the fund was formed with the aim of commercialising research generated at the CSIRO and other publicly-funded bodies last December, with cofounder of Blackbird Ventures Bill Bartee appointed managing director.

Along with its launch, it announced its backing of Q-Ctrl, Intersective, Morse Micro, and Maxwell MRI.

For AirTree, meanwhile, the investment into FluroSat comes a day after the announcement yesterday of its backing of graph database company Dgraph. The firm participated in the startup’s US$3 million round along with investors including Blackbird Ventures and Mike Cannon-Brookes.