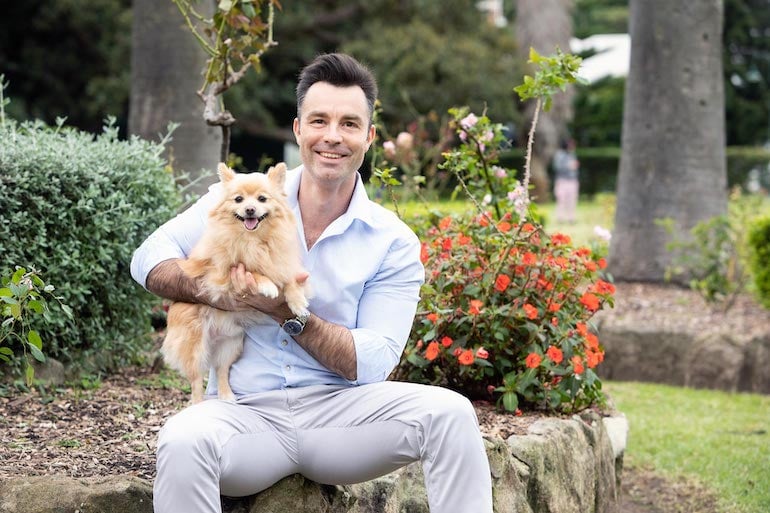 Move over plant-based burgers, insect-based pet food is the new focus in reducing the use of animal proteins to feed the world, whether you have two legs or four.

Sydney entrepreneur Shaun Eislers was previously a banker before launching his startup BuggyBix, a combination of climate and ag tech, using insects – black soldier fly lavae – as the primary protein in pet food.

“Sitting with my wife at the local dog park, it occurred to me that the rapidly growing pet market and trend towards feeding pets human-grade meat proteins was exacerbating the strain on our food system,” he said.

“Digging a bit deeper, I learned about the favourable nutritional qualities and beneficial environmental proposition edible insects could deliver. They’re a great source of protein, fatty acids, vitamins and minerals which makes them an excellent pet food inclusion.”

They are harmless to humans and are not considered pests or vectors of disease and are a protein-rich source of food.

When Eislers set out to establish BuggyBix five years ago, he commissioned independent market research to see how the idea would go down with pet owners and in recent years has noticed a shift in favour of his idea. He also engaged experts at Western Sydney University (WSU) to analyse different feed substrates and their impacts on the nutritional profile of the black soldier fly and mealworms to shape design of the BuggyBix dry dog and cat food lines.

“We were fortunate in that the WSU Food Science department is one of the most well-equipped laboratories in Australia,” she said.

“Black soldier fly larvae have a beneficial nutritional profile and they’re hypoallergenic, meaning they are great for pets which may have allergies to traditional proteins such as beef, pork or lamb.”

Eislers was also focused on the environmental benefits.

“For example, depending on production techniques, per kilogram of protein, black soldier fly larvae require just four-square metres of land, compared to around 50 square metres for poultry,” he said.

“They also produce lower levels of greenhouse gases and use about one-sixth of the water.”

His next step was tackling supply in a nascent sector. BuggyBix is also in a race with Swedish food tech startup Petgood, which is looking to launch its insect-based pet food range in Australia towards the end of this year, working with a WA-based supplier.

“The industry is only now reaching a point where stable supply at a commodity price point is becoming available,” Eislers said.

And now he’s working with AgriFutures growAG to help him find investors, wholesalers and distributors for BuggyBix

“In the short term we are focused on domestic distribution opportunities with the major pet food retailers and online channels,” he said

“We are also exploring options to expand distribution of BuggyBix products into Southeast Asian markets. The growAG team continues to offer invaluable support, ensuring our work is showcased and shared with curated audiences.”