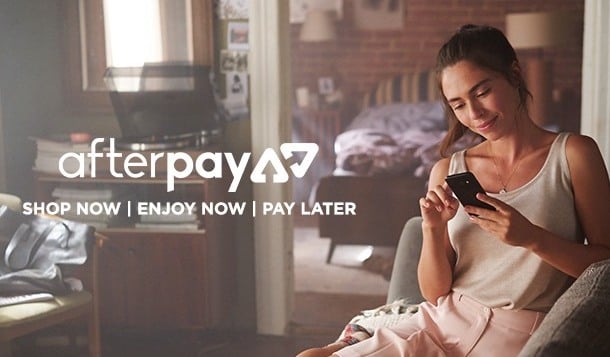 Buy now, pay later fintech Afterpay will raise $800 million in new equity, topped up to $1.05 billion with billionaire founders Anthony Eisen and Nicholas Molnar each selling down a 10% stake in their existing holdings in the company, worth $250 million in total, as part of the raise.

Afterpay put its shares in a trading halt this morning, sitting at $68, as the plan was announced.

More than half, $650 million, will be raised through an underwritten institutional placement, with $150 million allocated to retail investors, capped at $20,000 per investor.

Afterpay’s share price has soared more than 650% in just over three months after hitting a low of $8.90 in late March as the world went into lockdown in response to covid-19, last week briefly hitting a new record price of $70. The business now has a market cap of nearly $20 billion, despite EBITDA of around $20-25 million for the financial year.

Tuesday’s announcement also revealed Afterpay’s continued strong revenue growth, with fourth quarter sales for FY2020 up 127% to $3.8 billion. Full-year sales more than doubled on FY19 to $11.1 billion, up 112%. The company has an underlying sales target of $20bn by the end of FY22.

Afterpay said regions performed well in Q4 FY20 with sales in the UK 62% higher, US 62% higher and ANZ 38% higher than Q3 FY20. Contribution of underlying sales from the developing US and UK markets increased to 47% in Q4 FY20 , up 4% on the previous quarter. 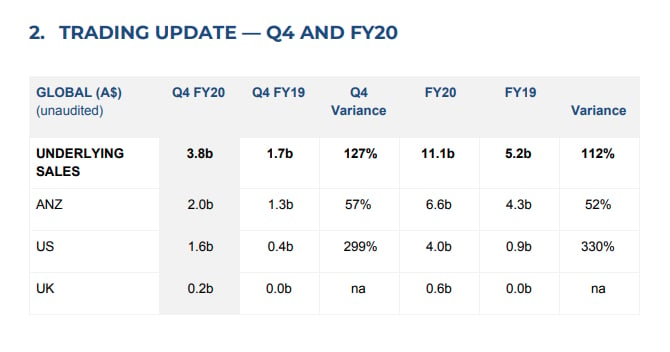 The company’s expansion plans for the first quarter of FY21 include a previously announced launch in Canada, as well as exploring “a number of small M&A opportunities to accelerate roll out across potential new international markets”. Afterpay will also roll out in-store in the US this quarter, having already amassed 5 million customers in that market via online. 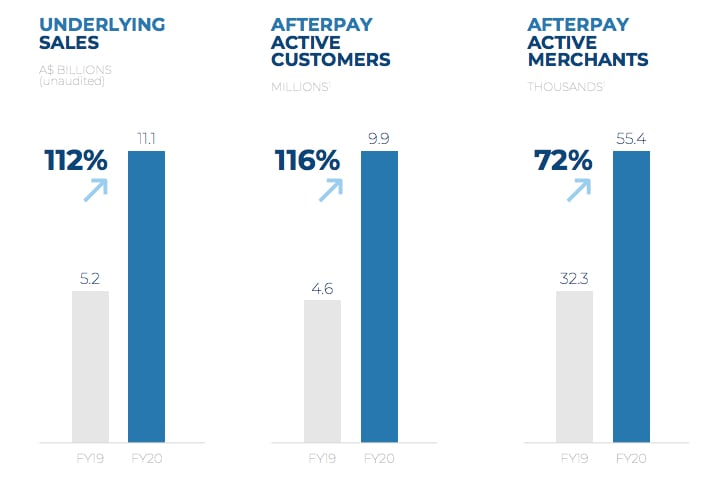 “Our ability to achieve such positive operating metrics in the current environment, is a product of our purposefully differentiated business model and our loyal customer and retailer base,” he said.

“The flexibility in our business model allowed us to manage risk when we needed to, but also take advantage of positive customer sentiment and behaviours. Our ongoing investment in growing our retailer and customer bases, and global expansion objectives, will ensure we continue to deliver long term benefits to our shareholders.”

Eisen and Molnar will sell 2.05 million shares each – 1.5% of total shares outstanding in Afterpay – having cashed in around $100 million worth of shares 12 months ago. They’ve pledged to hold onto their remaining stakes, still worth more than $1 billion each – making them the country’s youngest self-made billionaires – until at least after the AGM. They currently have around an 8% stake in the business, and hold 18.4m shares each following the raise.

Afterpay’s shares will remain in a trading halt today while the placement is conducted. Normal trading is expected to resume on July 8.

NOW READ: Afterpay is getting into the frequent flyer business with Qantas
Previous article Amazon Launchpad is offering innovation grants worth $80,000 to help small businesses and startups
Next article An app that pays you for exercising is coming
Via Topics
Tags AfterpayBNPLcapital raisefintech