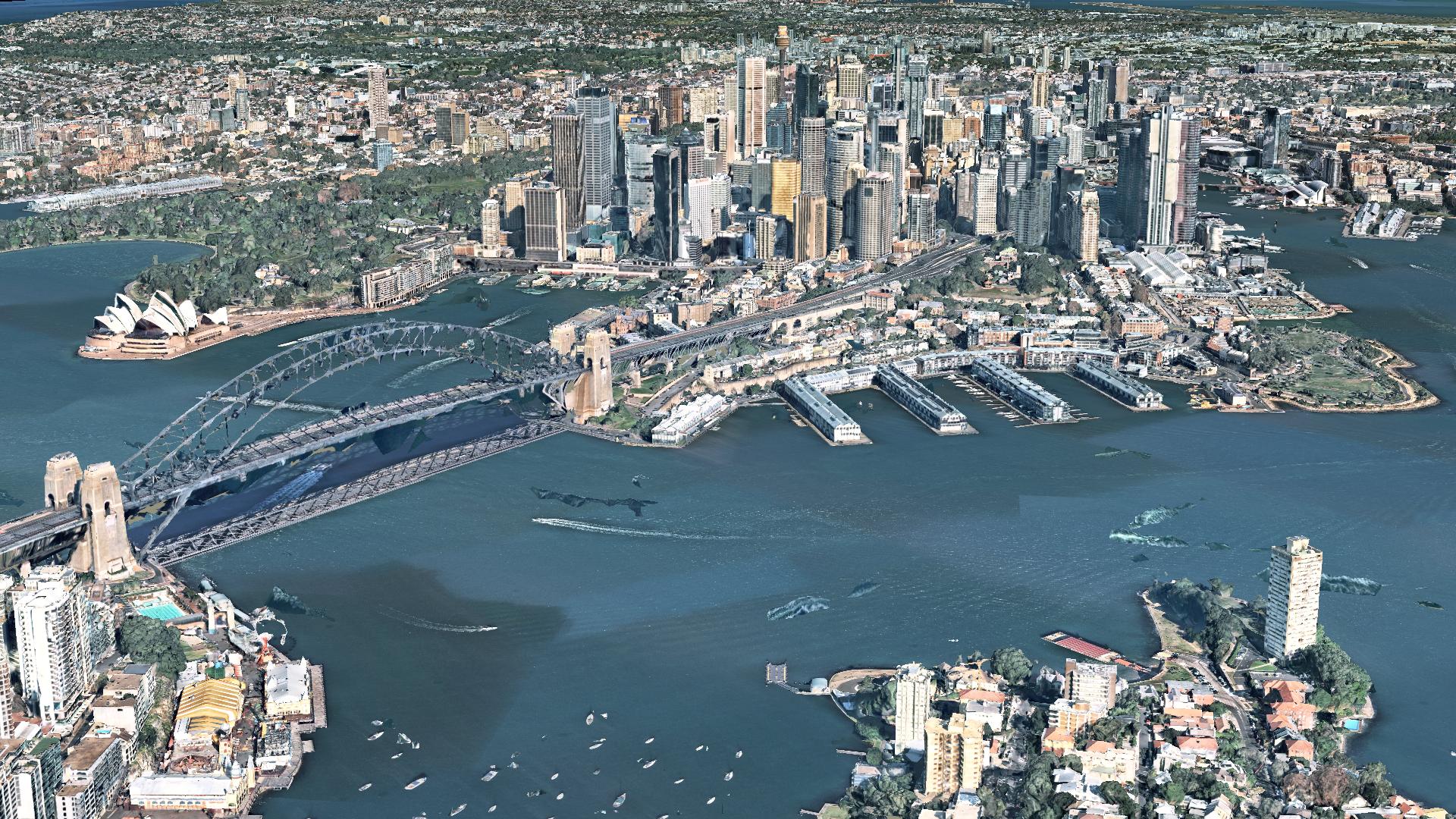 A Nearmap image of Sydney

Nearmap Ltd (ASX:NEA) earnings before before interest, tax, depreciation and amortisation (EBITDA) were $15.5 million more than trebling 2018’s $4.9 million. But the group EBIT figure was less flattering, with an $11.17 million loss.

But the startup’s NPAT (net profit after tax) loss of $14.9 million was more than double market expectations of $6.1 million and Nearmap shares were smashed, falling by around 15% in early trade to a low of $2.64 before recovering slightly to be at $2.78 by lunchtime on Wednesday.

CEO and managing director Dr Rob Newman said the North American side of the business was growing well and now contributed more than a third of revenue, alongside increased sales from a suite of new services.

“FY19 has been a milestone year for Nearmap, with record portfolio growth as we delivered a step change in our product offering with Nearmap 3D and our beta release of Artificial Intelligence content,” he said.

“These investments place Nearmap in an excellent position to deliver another year of strong growth in FY20, as we consolidate our market leadership in Australia and execute on the growing momentum in North America.”

North America holds the biggest growth potential for the Sydney-based business. At 30 June 2019, Nearmap had an ACV portfolio of US$22.7m, representing 76% growth on 12 months earlier. The US now accounts for 36% of the overall company portfolio, up from 26% in 2018.

“We have always seen tremendous growth opportunity in North America, and the increasing traction we’ve recorded this year in the market demonstrates its strong potential,’” Dr Newman said.

“With our investment in sales and marketing capabilities, as well as our expansion into Canada, we’re well positioned to accelerate our presence in the region.”

Meanwhile, growth in Australia continued with the ANZ ACV up 19% to $57.9m compared to 12 months earlier. Subscriptions grew modestly to 8,375, with ACV churn also reduced to 5.6%

Dr Newman said it was a strong period of growth in the ANZ markets.

“Customers are increasingly accessing enhanced content such as oblique and 3D, and this is only set to continue as we commercialise and expand upon the new content that we launched in FY19,” he said.

Dr Newman said the focus in FY20 was increased investment into people and technology to deliver better content.

“Nearmap 3D and the beta release of our Artificial Intelligence content represents an exciting time in the evolution of our company,” he said.

“With our unique technology and business model which no other aerial imagery company has been able to replicate at scale, Nearmap continues to focus on the global opportunity to become the world’s leading provider of subscription-based location intelligence.”

Nearmap launched in Perth in 2008.