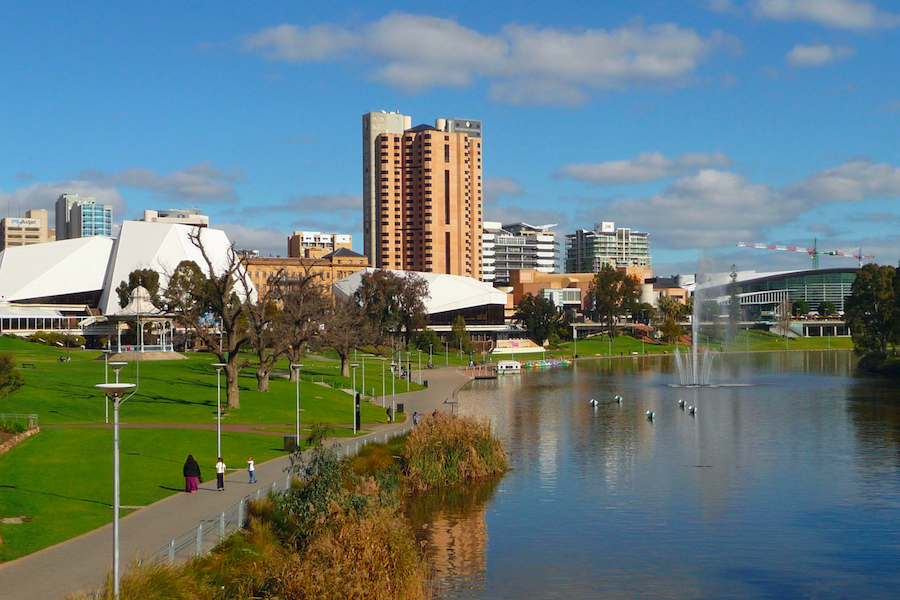 Adelaide is pushing ahead in developing its smart city credentials, with tech giant Cisco announcing a partnership with the South Australian government and the City of Adelaide that will see $1 million invested in a pilot of smart city tech.

The trial, which began on January 29 and will finish up tomorrow, is looking at reducing traffic congestion in Adelaide, and is also a test case to explore the possibility of deploying autonomous vehicles on busy roads.

Built on Kinetic for Cities, Cisco’s Internet of Things operations platform, the pilot will measure the dwell time and queue length of vehicles as they wait at an intersection, also calculating rolling averages throughout the day to provide an insight into how well the traffic lift sequences are operating at a particular intersection.

Cisco explained, “These sensors will gather intersection-approach traffic information, such as location and speed of vehicles as well as pedestrians. With this information, tailored algorithms to recommend traffic light intervals can be recommended to improve traffic and pedestrian-crossing flow.”

In this first phase of the trial, six sensors have been set up at the intersection of Grenfell and Pulteney Streets in the Adelaide CBD.

The second phase of the trial will assess whether the same infrastructure can be applied to quickly and accurately determine the location and movements of autonomous vehicles, Cisco stated, which is “critical to being able to manage, direct, and control autonomous vehicles”.

Kevin Bloch, CTO for Cisco Australia and New Zealand, said, “Traffic congestion in Australia’s cities is getting worse, and we need to act now before autonomous vehicles join our already busy roads.”

Adelaide has been trialling smart city tech for a while, with the City of Adelaide in 2016 trialling smart streetlights along Pirie Street and Hindmarsh Square to increase energy efficiency.

The LED lights dim to lower levels if movement sensors don’t detect any pedestrian or vehicle activity, while also monitoring any ambient lighting from sources such as shopfront lighting and temporary festival lighting and adjusting levels accordingly.

The Federal Government is also working to develop smart cities projects through its Smart Cities and Suburbs Program; almost $29 million worth of grants were delivered to 52 projects across Australia in its first funding round in November.

Receiving $5 million, the Darwin ‘Smart Technology Project’ will see the City of Darwin partner with the Northern Territory Government to expand the city’s free wifi network across tourist and shopping areas, while smart parking sensors will be installed to indicate available parking.

The project will also see the installation of CCTV cameras at entrances to the city, with street lighting to be upgraded to LED lighting and ‘smart’ columns with the capacity to adjust lighting with the aim of reducing street crime. The government stated smart lighting will also be installed in the city’s Bicentennial Park and will include sound monitoring to detect people in distress and notify police and emergency services if needed.