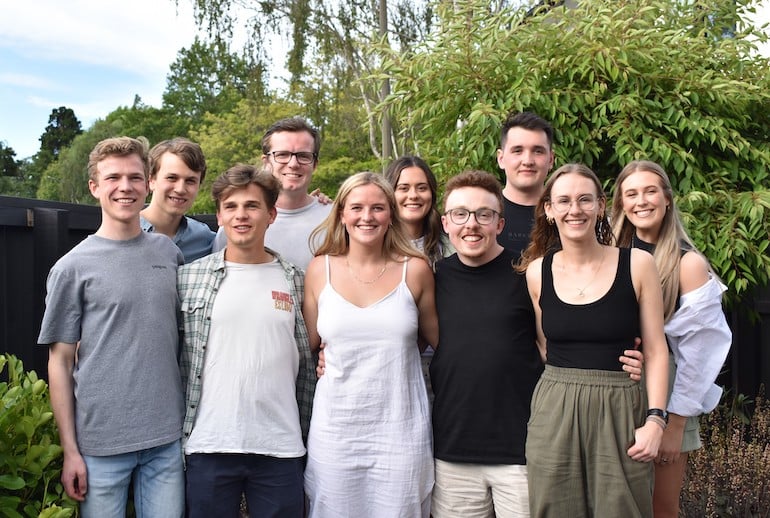 When Vxt Founder Luke Campbell is asked to describes his product in simple terms, those terms are: “People fu&*ing hate admin!”

The startup is part of the Phase One incubator which aims to produce 10 Kiwi technology ‘unicorns’ (or: ‘Kiwicorns’) by 2026.

The incubator addresses significant gaps inherent in more traditional programmes – including the cultivation of what Phase One Ventures calls a ‘culture of customer and problem obsession’.

Campbell and his New Zealand-based team have purposefully shied away from falling in love with their own ‘good ideas’ – instead focusing on the pain points their potential customers encounter on a daily basis.

Founded in 2018, the startup’s original product – voicemail management software – grew quickly enough to an initially impressive number of users, but hit a ceiling when it came to scale.

“Spending time at the Centre for Entrepreneurship at the University of Canterbury was key. I did a course on the fundamentals of innovation, making a decision to pivot to software we could scale; to a bigger, more expensive problem,” Campbell said.

So after asking over 100 people: ‘What is something that you have to do regularly that is really frustrating?’, the Vxt tean discovered that most professionals hate taking notes amid the time spent on phone calls; as well as the admin those phone calls (5-10 daily) create.

“Vxt is leading the transition to a world where admin work is a distant memory!”

Vxt is a communication platform for professionals who need help automating the annoying administrative tasks associated with high volume phone calls. They use Vxt to make voice and video calls through an app on their PC or phone. The platform deals with call recording and transcription, as well as the ability to extract specific/key data, automate workflows alongside plans to allow it to auto-populate documents.

Lawyers, for instance, make on average 10 calls a day. After every call they’re required to write notes, ensure compliance (at a minimum) and then bill their clients, costing them an extra circa 5-10 mins in time per call.

The time spent on this administration, although business critical, doesn’t generate revenue and at $300/hour, is a massive cost inefficiency.

Post-call with Vxt, they can provide a first draft of documents, such as a Sale and Purchase agreements for a property acquisition, instantly, while notes and billing are done within seconds of putting the phone down.

“It’s not impossible to imagine that in the future, Vxt might even help people write drafts or emails or invite customers to meetings on their behalf,” Campbell said.

New Zealand VC GD1 was an early investor in the company and co-managing partner John Kells said the startup’s commitment to finding the right-sized problem to solve – within the right niche – has been impressive.

“They’ve been through several product pivots, and their resolve throughout has been nothing short of stellar,” he said.

“Their belief in the startup’s potential has been well founded, with an annual churn of just 3% – extremely low for a SaaS product, 15% month on month growth and a lifetime value per customer organisation of 6-7 figures.”

“Their support for portfolio companies is second to none – they are hugely generous with their intros and access to their network and the critical operational support they offer is world-class. They also have the capability to invest in follow-on rounds. They’re in it for the duration of the journey!” he said.

Vxt was also involved in the GD1-backed Phase One incubator, which Campbell said helped them focus on the right aspects of their performance.

“Being part of a community of entrepreneurs has been incredibly encouraging, including the opportunity to network with experts on topics that could easily become roadblocks for early stage startups. This type of ‘been there; done that’ wisdom is priceless.

“As a founder, it’s easy to be pulled in a million different directions. Choosing what to work and focus on is an art.

“Mahesh has taught me a lot about the pain of choosing well; and the rewards that follow. He’s also created a community that provides invaluable emotional support when the going gets tough.”

A self-confessed ‘problem obsessed’ innovator, we asked Campbell for his advice for would-be entrepreneurs.

“When you’re trying to start a business; you need to identify the right problem – and it needs to be a big problem, for a whole lot of people,” he said.

Previous article Register now for our next webinar
Next article Junkee founder Tim Duggan backs media startup that wants to make it easier for everyone to be a publisher in $500,000 raise
Via Accelerator
Tags Kiwicornsnew zealandPhase One