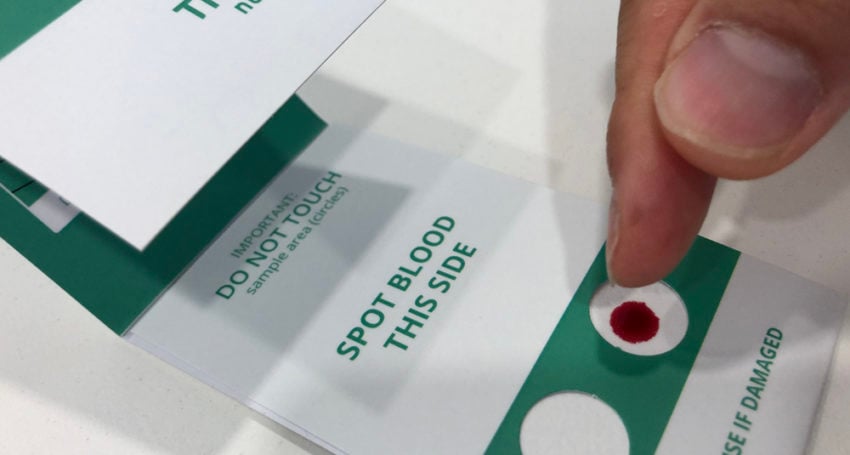 Adelaide-based Trajan Nutrition is starting to market its new nutrition testing globally after proving the technique can replace costly and time-consuming vial blood testing with a simple finger prick.

Baccanti said the technique would have a major impact on the nutrition industry by cutting testing costs, improving efficiencies and reducing the need for invasive blood testing for patients.

Vitamin supplement companies for example could provide customers with a testing kit where they could make a blood spot at home, dab it onto specially created paper, then send it to a lab for testing before they bought their products.

“This could offer people the opportunity to first see if their diet is imbalanced,” Baccanti said.

The breakthrough includes the development of special contaminant-free paper to protect the specific blood compounds being tested. Solvents have also been developed to help transfer the dried blood samples from the paper to testing instruments.

Prof Makrides is one of Australia’s leading research experts into the nutritional needs of mothers and their babies, she leads the Healthy Mothers, Babies and Children Theme of the South Australian Health and Medical Research Institute (SAHMRI) in Adelaide.

Both professors now also lead Trajan Nutrition, after making the breakthrough while overseeing large clinical nutrition trials of mothers and babies throughout the Asia Pacific Region. 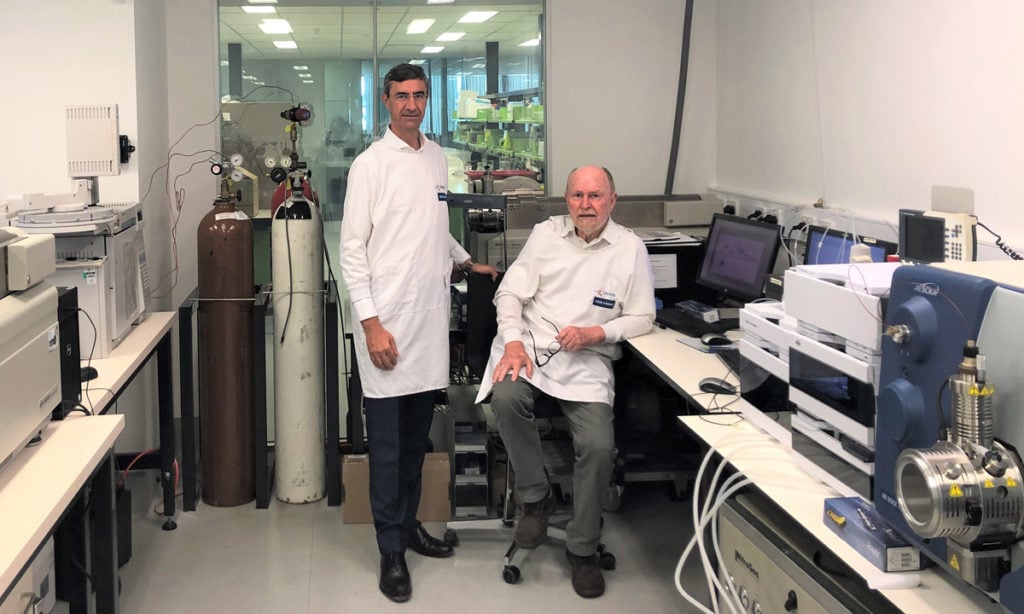 Prof Gibson said the work was sparked by the mothers and babies trials initially relying on costly and invasive blood vial sampling.

“Measuring blood samples for thousands of babies is costly in transporting traditional blood in vials, it needs to be frozen and then sent back via special dry ice post to the lab,” Prof Gibson said.

“And imagine a pre-term baby is very small, many only weight 500g and have very little blood, now we don’t have to take large blood volumes, we only take a drop.

“It’s more efficient, less painful and that means lower cost in training blood-taking nurses, now it can be done with this little automatic lancer that pricks the top of a finger.”

Melbourne-based Trajan Scientific and Medical established the joint venture with Prof Makrides and Prof Gibson in 2017 and since then the technique has been trialled and tested in the Australian market.

A recently signed Memorandum of Understanding with SAHMRI was expected to accelerate moves into the global market as the company leveraged expertise from the SAHMRI nutrition lab, recognised as one of the largest and best equipped in the Asia Pacific region.

“We are one of the leading labs now at developing the new dry blood spot tests for a variety of nutrients and compounds,” Prof Gibson said.

Baccanti was previously chief executive of the state’s Health Industries SA, where he was responsible for economic development in the life sciences sector.

He said this world-leading blood testing research needed to be matched with a company to commercialise – and creating Trajan Nutrition with Trajan Scientific and Medical meant it now had capacity for manufacturing and distribution.

Trajan was founded in 2011 and operates in Australia, Europe, the US and Asia with around 450 employees and customers in more than 100 countries.

Baccanti said the new blood spot testing kits and associated analysis would meet growing demand around the world for blood tests to move away from hospitals and dedicated blood test sites.

“In future we will stay at home and will receive modern technology posted to the home, we will use the test and post the paper back to the lab,” he said.

“This type of need is global and it has started with an invention and solution at SAHMRI for nutrition testing.”