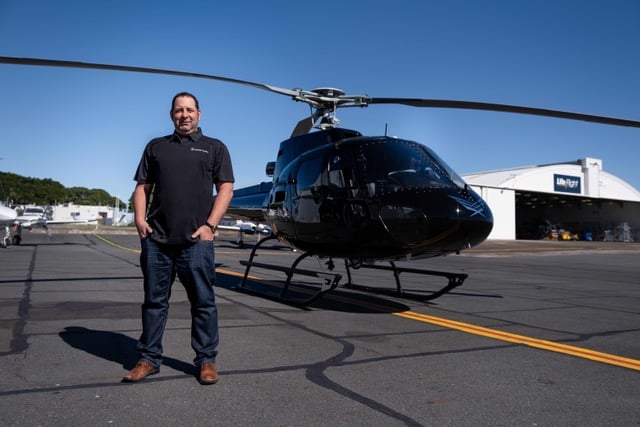 An automated booking platform for private aircraft hire, founded by a Queensland helicopter pilot, is hoping the transform the way people use charter flights and take on the massive US market.

Brisbane startup Monarc Global, founded by Royce Crown in 2017, has just closed a $500,000 seed round led by Brisbane Angels and Angel Loop, as well River City Labs Accelerator and Muru-d.

The software lets private aircraft operators automate quotes so brokers, agents and users can find, book and pay for a plane charter travel in real-time.

With a conversion rate of around one flight per 15 quotes generated for private operators, Crown wanted to change the way the sector operated and automate it.

“The current way for consumers to book a private aircraft is outdated and inefficient. Until now, if you wanted to charter a private aircraft you had to call around different companies requesting quotes, and each would manually work out availability and return a quote to you a day or so later. Then if that aircraft had been booked in that time, you had to start the process again,” he said.

“Our simple booking plugin closes these gaps, it provides a white label solution for aircraft operators and travel businesses, sitting on their websites and allowing prospective passengers to view, compare and book private travel instantly.”

Australia’s charter industry is valued at $1.2 billion, and growing by 0.6% annually.

“If a work team are all heading interstate or overseas for a work conference it can make more financial and logistical sense to book a private aircraft,” he said.

“The public tend to think the cost is unattainable, especially in Australia but with popularity soaring in the US and in Europe we’re set to see private travel trends start to change in Australia, with it becoming more of a financial decision rather than a luxury decision.”

Monarc Global has expanded to a team of 13 and now has more than 350 operators on the platform, including Avcair (Brisbane), Global Jet (Gold Coast) and Navair (Sydney).

Crown says that with the seed raise, that number will soar as the business expands nationally and to North America in September 2019.