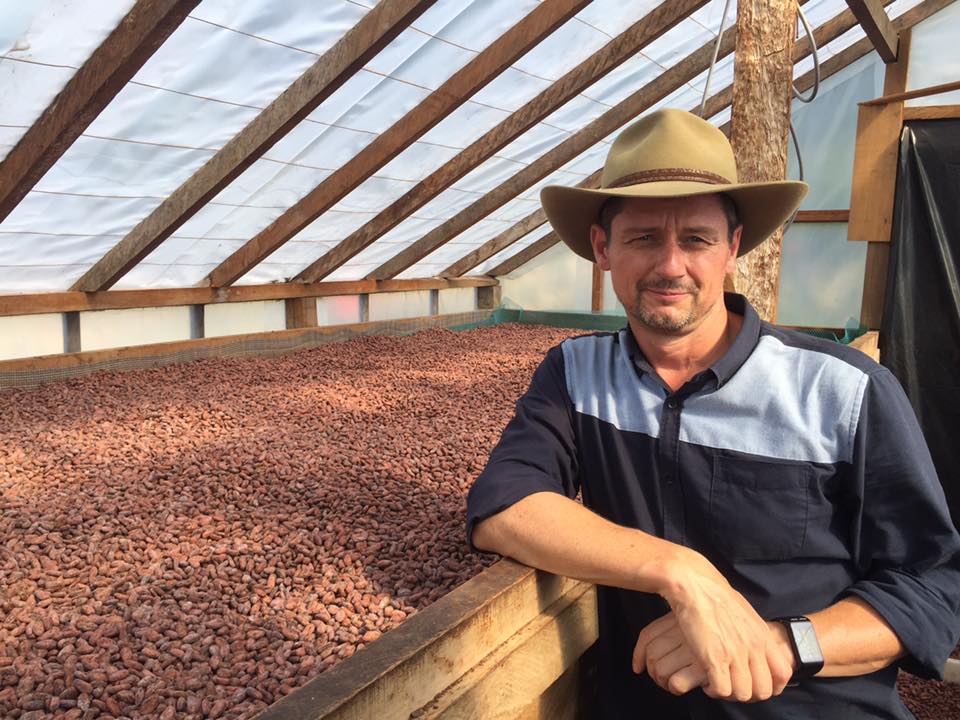 A former Goldman Sachs banker is hoping to could change the lives of two billion of the world’s poorest people, subsistence farmers and fishers, with an app.

Brisbane entrepreneur David Davies created the app as part of his philanthropic impact startup, AgUnity. He calls it a “last mile” solution for poverty-stricken communities, involving an affordable smartphone with the app so farmers can access services such as a digital identity, business insurance, a bank account and a trusted space to trade.

To make it happen he’s seeking to raise $1.25 million in an equity crowdfunding campaign with Equitise.

Davies says the AgUnity app was first designed as a blockchain solution to overcome a lack of trust and enable farmers to sell and distribute products through an online ledger.

It’s now evolved beyond recording farm and industry transactions via hundreds of applets in what he calls a “super app” ecosystem to help farmers plan for crop spoilage and overcome corruption, unreliable record keeping and restricted market access.

Davies hopes to replicate the success of other super apps such as WeChat and Go-Jek, tailored to help the tech-poor ag sector.

“Three and a bit years ago we stumbled across an idea that had the potential to change the lives of the two billion lowest-income people on the planet. We believe that AgUnity will be the missing piece of the puzzle that connects thousands of organisations to billions of smallholder farmers, fisherfolk and their communities,” he said.

“We’ve rolled up our sleeves, travelled to and lived in remote and rural communities, conducted pilot projects, built up a highly talented team and continued our technology development and R&D. We’ve won global competitions, been published by the world’s largest financial and agricultural bodies, and secured contracts with multi-billion-dollar Non-Governmental Organisations (NGOs).”

Davies said the business now has a market capitalisation of $11 million as a result of that growth, with a multi-stream revenue model that includes subscriptions to service providers, transaction fees and licencing fees.

“I see an opportunity to bring more than two billion people into the digital and financial economy,” Davies said.

“Just like Apple changed the world for the top billion with the iPhone, my belief is AgUnity has the same potential to transform the lives of the two billion.”

Retail and sophisticated investors will be able to purchase shares in AgUnity through the equity crowd fund with Equitise in the first stage of the company’s overall $5 million Series A capital raise.

In early 2020, AgUnity will look to raise an additional $1.75 million from wholesale and sophisticated investors in a second round and a further $2 million from a third.