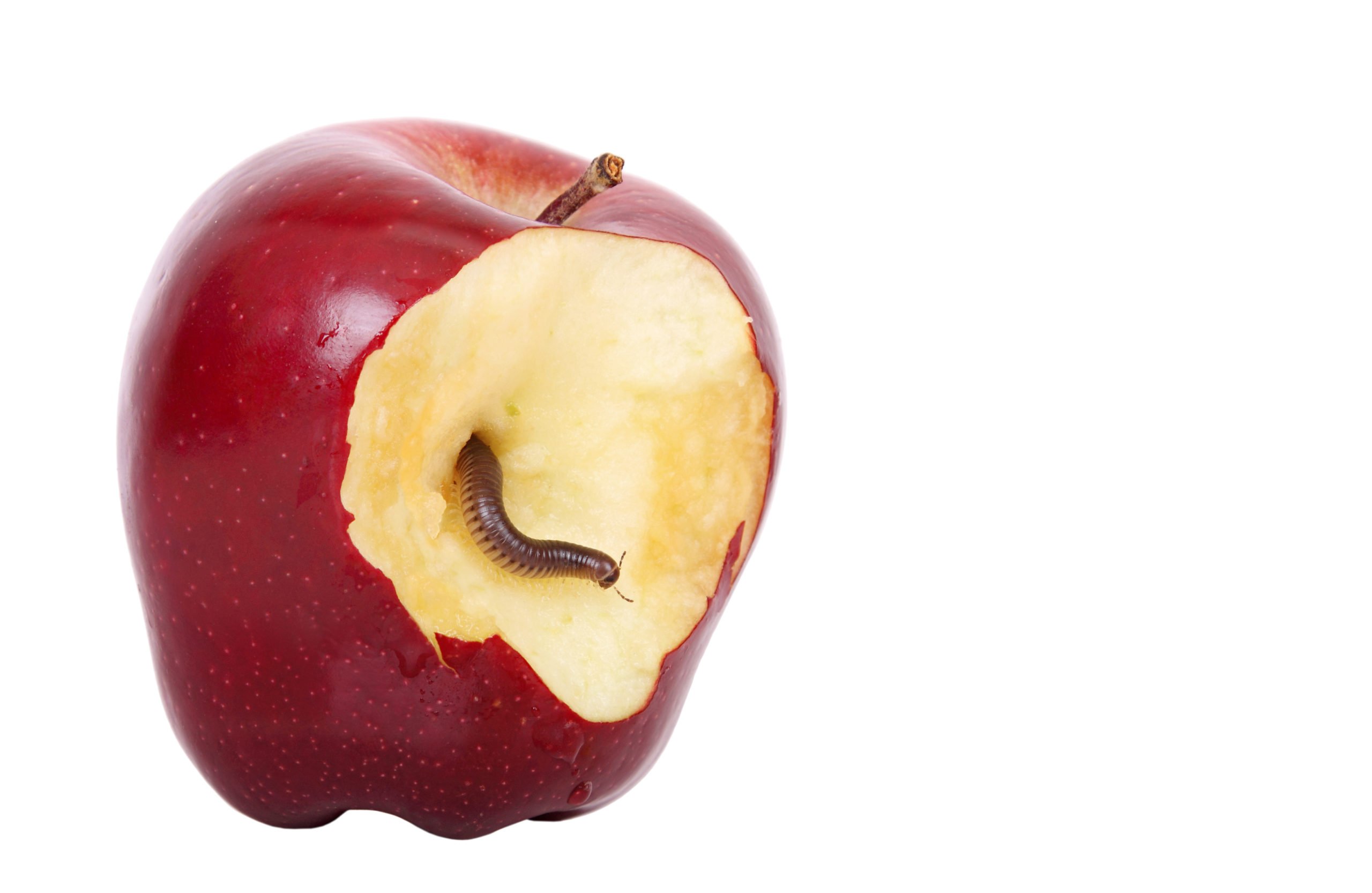 The EU’s competition watchdog has some concerns about Apple, with the European Commission launching two investigations – one looking at the Apple Pay, the other over charges in Apple’s App Store, including on in-app purchases.

The snarky tech giant hit back saying it’s just about “a handful of companies who simply want a free ride”, but the stakes are high because EU law gives the Commission the power to slug Apple with a fine of up to 10% of its annual revenue if found guilty.

One of those supposed “free rides” is Spotify, which lodged a complaint in March 2019. The stakes are high for them too, along with Netflix – more on that shortly.

There are three parts to the antitrust investigation into whether Apple Pay violates EU competition rules – Apple’s terms, conditions and other measures for integrating Apple Pay in merchant apps and websites on iPhones and iPads, Apple’s limitation of access to the Near Field Communication (NFC) functionality (tap and go) on iPhones for payments in stores, and alleged refusals of access to Apple Pay.

The Commission’s executive VP Margrethe Vestager said it appears that Apple sets the conditions on how Apple Pay should be used in merchants’ apps and websites.

“It also reserves the “tap and go” functionality of iPhones to Apple Pay. It is important that Apple’s measures do not deny consumers the benefits of new payment technologies, including better choice, quality, innovation and competitive prices,” she said.

A preliminary investigation led to Commission concerns that Apple’s T&Cs may distort competition and reduce choice and innovation.

The investigation will also focus on alleged restrictions of access to Apple Pay for specific products of rivals on iOS and iPadOS smart mobile devices.

In parallel, the Commission also launched an investigation to assess whether Apple’s rules for app developers on the distribution of apps via the App Store also violate EU competition rules.

What concerns the is the mandatory use of Apple’s own proprietary in-app purchase system and restrictions on the ability of developers to inform iPhone and iPad users of alternative cheaper purchasing possibilities outside of apps, especially when competing with Apple’s own apps and services.

As well as the Spotify complaint an e-book/audiobook distributor also complained in March this year about Apple’s practices. While not named, it’s believed to be Rakuten-owned ebook venture Kobo.

Vestager said it appears that Apple has assumed a “gatekeeper” role for distributing apps and content to Apple device users.

“We need to ensure that Apple’s rules do not distort competition in markets where Apple is competing with other app developers, for example with its music streaming service Apple Music or with Apple Books,” she said.

iPhone and iPad users can only download native (non web-based) apps via the App Store.

The Commission will investigate in two restrictions imposed by Apple on any companies getting access to its devices.

The first is the mandatory use of Apple’s own proprietary in-app purchase system ‘IAP’ for the distribution of paid digital content, which charges app developers a 30% commission on all subscription fees. The second is on restrictions on the ability of developers to inform users of alternative purchasing possibilities outside of apps, which are usually cheaper.

Thing is, Spotify and Netflix are among a handful of gorillas in the room who don’t let customers to sign up or subscribe via an iPhone, so on one side you have Apple potentially clipping the ticket for up to $3.60 on your $12 monthly Spotify subscription and on the other, the music streaming service potentially losing 15-30% of its revenue. There’s millions of dollars at stake, which matter, even when you tech companies are worth US$1.5 trillion and US$34.5 billion respectively.

Spotify’s said the EU investigation was “a good day for consumers”.

Read this Twitter thread when you get a chance.

Wow. I'm literally stunned. Apple just doubled down on their rejection of HEY's ability to provide bug fixes and new features, unless we submit to their outrageous demand of 15-30% of our revenue. Even worse: We're told that unless we comply, they'll REMOVE THE APP.

DHH is David Heinemeier Hansson, the Danish programmer responsible for the Ruby on Rails web development framework and a partner in and CTO of software development firm Basecamp. He launched Hey this week, a subscription email app that costs US$99 a year. Like Spotify (see story above), you sign up and pay via the web.

But Apple thinks differently and wants it to be an iOS in-app purchase and thus collect US$15-30 of that annual subscription – and if Hey won’t agree, they’re threatening to pull it from the App Store, killing the business stone dead.

Hansson doesn’t hold back, comparing Apple to the mafia, adding that “On the day the EU announced their investigation into Apple’s abusive App Store practices, HEY is subject to those very same capricious, exploitive (sic), and inconsistent policies of shakedown. It’s clear they feel embolden to tighten the screws with no fear of regulatory consequences.”

And while “zero consequences” for Apple so far when the tech giant demands its cut and companies “quietly cave or fail” Hanson says they won’t give in.

“There is no chance in bloody hell that we’re going to pay Apple’s ransom. I will burn this house down myself, before I let gangsters like that spin it for spoils. This is profoundly, perversely abusive and unfair,” he said.

And it looks like he’s far from alone on the disgruntlement front.

The AFR is covering the case, having played a part in triggering the ASIC investigation in the first place, which led to legal proceedings announced in February 2019. The regulator alleges GetSwift’s directors used the announcements to boost the company’s share price before a $75 million capital raise.

ASIC alleges the company and its directors misled the market when it didn’t reveal customers were on trials and could walk away after 90 days in announcements that they’d signed up for up to three years.

One involved the Commonwealth Bank, another Amazon, and the court has heard that legal representatives from both companies counseled against the planned market announcements.

The CBA announcement was said to be worth $9 billion, but that was based on five years when the contract was for two.

The ASX suspended GetSwift shares following the Amazon announcement because it was too vague. Amazon reportedly prohibited any announcement as a condition in the deal.

GetSwift issued a follow up announcement that revealed Amazon was not obliged to use the company’s services.

The AFR’s latest on the case, which continues, is here.

No matter what happens, GetSwift’s woes are not over, with a shareholder class action set down for September this year.

The autumn accelerator programs are coming to an end, which means demo day is not far away. Next week, Antler’s second Sydney Demo Day goes virtual on Thursday, June 25 at 7.30pm AEST.

Antler’s already invested in 12 of the ventures, who’ll make their pitch to the online audience on the night. Startup Daily is proud to be media sponsor of the evening and we’ll have more to say on those companies in the coming days.

We’re also massive fans of the “migrapreneur” accelerator Catalysr, based in Western Sydney and now in Melbourne too.

It’s also holding its first-ever virtual Demo Day online on Monday, June 29 at 6pm. Book to be part of the action ere.

5. Australian Space centre gets a manager

Local venture Saber Astronautics has been selected by the Australian government to get the country’s Mission Control Centre space hub in Adelaide up and running at the Lot Fourteen innovation precinct.

The hub will have facilities for space businesses and researchers to control satellite and space missions, and include a live link to the International Space Station for visitors to watch the astronauts aboard. It’s due to launch alongside the Space Discovery Centre, an interactive educational facility, in early 2021.

Saber scores $6 million from the feds towards the facility, with the SA state govt tipping in $2.5 million amid plans to triple the size of the Australian Space Sector by 2030, creating 20,000 jobs in a $12 billion sector.

“The centre will be available for use by start-ups and small-to-medium enterprises, as well as research and educational institutions to control space assets. It will also be used for real-time testing and fast-tracking the improvement of satellite technology,” she said.

BONUS ITEM: Astrophysicist and women in STEM ambassador Lisa Harvey-Smith explains why being on Twitter – and tweeting about your work – is important to getting research funding.

Randomly chosen papers that are posted on twitter get four times the number of citations per year…..and this metric is used to allocate research funding. We need to talk about metrics. https://t.co/XjbCbzH0ir