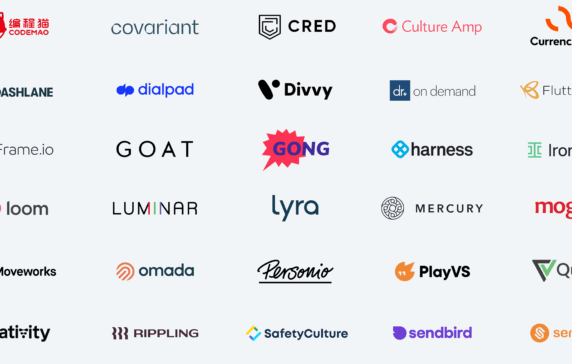 The logos of the 50 startups CB Insights predicts will be the next unicorns.

Hope it’s a fun one. Here’s what we’ve spotted.

US startup sector analytics company CB Insights has picked out two Australian companies among the 50 it thinks could be the next unicorns (ie worth more than US$1bn).

SafetyCulture and Culture Amp – 4% of the total with the US accounting for 70% (35 startups) – both make the cut in this VC version of fantasy football, based on CB Insights’ Mosaic algorithm, which measures a company’s financial health, the traction it has, and strength of its market. 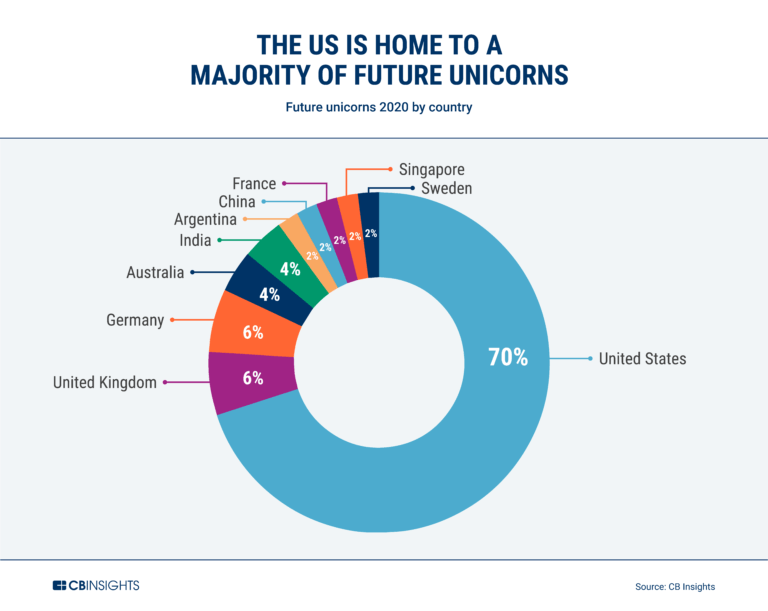 While Facebook boss Mark Zuckerberg bravely fights to good fight for free speech in the name of freedom of expression, things on the social media site are a little different for everyday users, as two recent examples demonstrate.

When a colleague, who runs the new food website Eativitynews.com, ran a story on an ethical, free-range pork farm called Piggy in the Middle, she tried to post the story to Facebook, but it was blocked for offensive content.

How did a childhood game become a sign of deviance on Planet Zuck?

The matter was eventually sorted, after much manual intervention, but another example emerged over the weekend, when Facebook removed a post critical of PM Scott Morrison’s comments on slavery in Australia because an 1896 photograph of Aboriginal men in neck chains and loincloths contained nudity, in breach of Facebook policy.

“Kidnapped, ripped from the arms of their loved ones and forced into back-breaking labour: The brutal reality of life as a Kanaka worker – but Scott Morrison claims ‘there was no slavery in Australia’,” the post said. The man who posted it had his account restricted.

The post was restored and Facebook apologised to the man concerned after being contacted by The Guardian, although editor Lenore Taylor pointed out that Facebook was still blocking sharing of the story two days later because of the “offending” image.

Facebook is STILL blocking posts with this image – two days later……Facebook incorrectly removes picture of Aboriginal men in chains because of 'nudity' https://t.co/MAccj0TYqQ

In the first quarter of 2020, Facebook removed nearly 40 million pieces of content for adult nudity or sexual activity – 99.2% if it automatically. How much of it was actually nudity is unknown, since much of it is done by bots, but as a consequence 613,000 pieces of content were restored after 2.5 million appeals against their removal.

As the Guardian reminds readers, in 2016, Facebook banned the iconic and haunting image of a naked 9-year-old Vietnamese girl fleeing down a street after being severely injured in a napalm attack on the grounds that “it’s difficult to create a distinction between allowing a photograph of a nude child in one instance and not others”. The ban was lifted subsequently.

3. An Apple a day won’t keep you COVIDSafe

The Australian government’s CovidSafe tracing app, which we were all meant to download to help track potential infections as the economy starts to reopen and people gather together once more, since has some major problems for Apple users, with analysis of the new version, meant to overcome previous problems with iPhones talking to each other via bluetooth, because when a locked phone’s TempID expires, it can’t retrieve a new one.

It’s not an iPhone problem, it’s a coding one for the CovidSafe app.

COVIDSafe iOS has had a pretty major bug since launch, reducing logged encounters:https://t.co/wHlBenQHCm

A locked device with expired ID cannot retrieve a new one. Without an ID, It will record other people around it, but will not be recorded by others.

The analysis by software engineer Richard Wilson concluded that as a consequence, a locked phone without a TempID will record other people around it, but will not be recorded by others, and if all relevant devices have expired TempIDs, no encounters are logged.

He paints this picture: “imagine Alice packing her bag, putting her iPhone in and going out for the day to a football game. With her device in this state, nobody else will record her presence, and if anyone around her tested positive she would not be contacted.”

He raises a very valid point given the smartest guys in the room were supposed to check for these problems.

Out of all of these, did nobody say "Hey, it stores a secret in Keychain. Is key material available/unavailable at appropriate times?” This is really basic stuff when storing encrypted data.

Archer Materials Ltd (ASX: AXE) told the market it has reached a “significant technological milestone” in its goal to build a room-temperature quantum computing qubit processor (aka chip). Room-temp conductivity potentially enables direct access to the quantum information stored in the qubits, giving Archer a significant commercial advantage over rivals that rely on insulating materials.

Archer CEO Dr Mohammad Choucair said the successful test was on a single qubit chip, which is the most important component in the project.

“Building and operating the 12CQ chip requires measurements to be successfully performed at the very limits of what can be achieved technologically in the world today,” he said.

To give you an idea of how far a leap this is, it was only two months ago that scientists were excited when they managed to get a quantum chip to work in a temperature as “hot” as -272°C (1 kelvin). Qubits heat up during calculations, so they literally melt down unless kept super-cool while performing multiple calculations.

Archer’s share price climbed nearly 7% in early trade on Monday, but in a tough day for the market, ending up closing down 2.5% at 58.5 cents

The Indigital Schools program caught our eye, thanks to Ignition Lane. It’s the country’s first training program teaching children how to bring First Nations culture to life using technology. Elders share stories, language and cultural knowledge during the course and the students bring it all to life with animated characters and stories using Paint 3D, Minecraft and Blender applications.

To find out more about how to be involved, register your interest here.