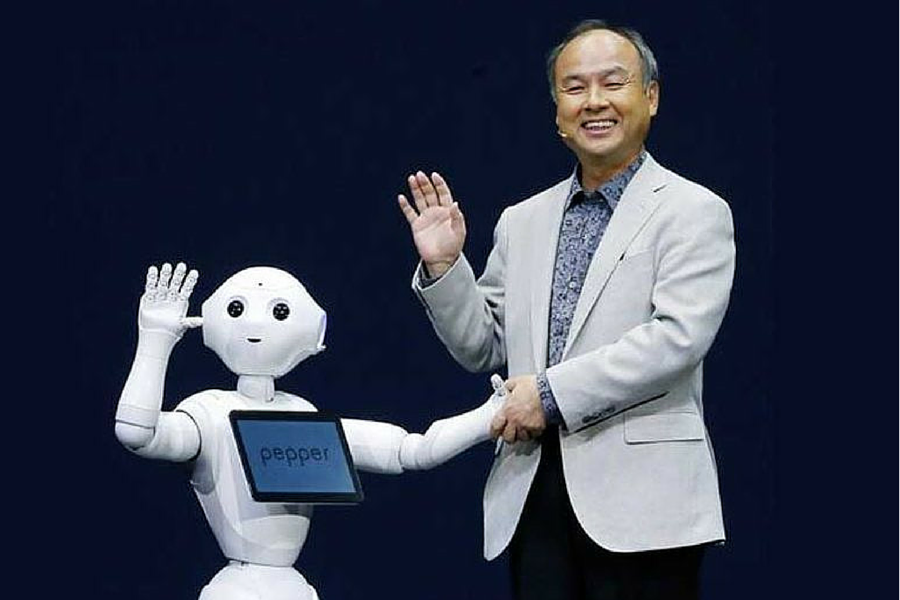 Welcome to Tuesday and some big news globally.

Japan’s SoftBank has posted a shocker in its annual results for the fiscal year to March 31, revealing its first annual loss in 15 years in a A$49 billion turnaround. Alibaba co-founder Jack Ma resigned from the board, just ahead of CEO Masayoshi Son revealing a record operating loss of 1.36 trillion yen (A$19.4bn), having posted a A$29.6 billion profit the previous financial year.

The bank’s US$100 billion Vision Fund – which tipped more than 10% of the total into WeWork before, and after, it after it imploded last year, racked up US$17.7bn in losses, with its bet on Uber adding to the pain, alongside covid-19 in more recent tech investment woes. Dog-walking startup Wag, and robot pizza venture Zume, are among the Vision Fund’s less than stellar bets. The fund’s loss is US$1bn more than the company forecast.

To cover its shortfalls, the SoftBank CEO said the group will raise 1.25 trillion yen (US$11.7bn) using Alibaba stock to fund buybacks of its own shares. The Chinese online giant is Son’s greatest investment, with an initial US$20 million stake now worth US$100bn.

Uber announced another 3000 jobs would go – on top of 3,700 workers earlier this month to take the total to a quarter of the workforce. The ride-sharing and food delivery service will also close 45 offices. The company hopes to save $1 billion with the cuts.

CEO Dara Khosrowshahi sent an email to staff, obtained by the Wall Street Journal, detailing the company’s plans, which include calling a halt to side hustles – there goes that Melbourne flying Uber idea –  such as the job-match venture Uber Works, and AI Labs.

“Hope is not a strategy,” the CEO wrote, revealing the rides business, the company’s only profitable arm, is down 80%, thus ending plans for the company to finally be profitable in 2020. The Singapore office is among those closing.

“Having learned my own personal lesson about the unpredictability of the world from the punch-in-the-gut called COVID-19, I will not make any claims with absolute certainty regarding our future. I will tell you, however, that we are making really, really hard choices now, so that we can say our goodbyes, have as much clarity as we can, move forward, and start to build again with confidence,” Khosrowshahi told employees.

Preetika Rana, the WSJ journalist who broke the story, has a copy of his email.

CEO @dkhos said he struggled to make these decisions and even consulted other CEOs, hoping there was a way to “wait this damn virus out.” “I wanted there to be a different answer,” he told employees, “but there simply was no good news."

In a subsequent statement Khosrowshahi said: “We must establish ourselves as a self-sustaining enterprise that no longer relies on new capital or investors to keep growing, expanding and innovating.”

And while the company has shed parts of the business in recent years, including selling its southeast Asian arm to Grab and the Chinese branch to rival Didi Chuxing, Uber is still betting on other offshoots, having been part of a US$170 million round into scooter business Lime, less than a fortnight ago, alongside Google’s parent company, Alphabet, and Bain Capital Ventures. Uber’s electric bike arm, Jump, is being folded into Lime.

Khosrowshahi is also in acquisition talks with US rival Grubhub to turn the business into the largest food delivery service in the US. He sees Uber Eats as a growth opportunity but told staff in the email that “the business today doesn’t come close to covering our expenses”.

Which must have restaurants paying 30-35% of the sale price to the company as commission scratching their heads when Uber can’t make money getting a bike rider to ship the food from A-B, but restaurateurs are expected to remain profitable giving up that big a slice of their income to the business

“I have every belief that the moves we are making will get Eats to profitability, just as we did with Rides, but it’s not going to happen overnight,” Khosrowshahi wrote.

Good luck with that.

Volt Bank’s plans to IPO this year have fallen victim to covid-19, with a $50 million hunt for international capital taken off the table in favour of a $15 million Series D raise from local investors as neobank’s plans hit more delays.

The AFR reports that Volt had been looking to list on the ASX in late 2020, but has now put a float on hold, and will pivot from launching personal loans to home loans. The neobank raised $70 million in a series C in January – it’s now raised $100m domestically – and then when looking for offshore funds, with Volt co-founder Steve Weston telling the Fin it was difficult for international investors to complete due diligence and travel, so they postponed it.

And while the business, which became the first local neobank to land a full banking license back in January 2019, has been slow out of the blocks compared to rivals Judo, Xinja and 86 400 when it comes to launched products, it’s taken $40 million in deposits and is planning to move into home loans by the end of the year.

More from the AFR here.

Cyberhackers who stole Lady Gaga’s data from her law firm, and demanded a US$42 million ransom before they released her info, claim they have documents related to US President Donald Trump and will release them unless the ransom is paid.

Business Insider has seen some of the docs, which the cybergang says is “the most harmless information”, on the dark web and  it included legal emails, contracts, and documents mentioning the president. The law firm involved denies any connection to Trump, but the hackers claim the info they have contains “dirty laundry” that could damage his reelection campaign.

A couple R&D chaps from construction giant Laing O’Rourke have managed to land $4 million from the CSIRO’s VC fund Main Sequence Ventures for their side hustle, a startup using Artificial Intelligence (AI) vision systems to help keep people safe on construction and mining sites. Laing O’Rourke has a minority stake in the venture and the co-founders are leaving the company to concentrate on the startup.

Presien already has a blue chip client list including BHP, Fortescue, Patrick, Queensland Rail, Metro Trains Melbourne, and Aurizon. Its sensors are mounted on heavy vehicles and machinery and recognise people and obstacles in blindspots to warn drivers of dangers.

Is the Tesla boss a fan of The Matrix, and rather than waking up, believing whatever he wants to believe (the blue pill), he prefers to stay in Wonderland to see how how deep the rabbit-hole goes? Or is the new dad getting into the men’s rights movement? (The reference also playing on the 1999 sci-fi thriller, as much-loved by right wing conspiracy theorists as some great knowledge unmasking the Deep State).

Given that Musk has already posited that we’re all part of some giant computer-simulated Truman Show (which suggests he’s at least taken the blue meanies), we’re not sure where Elon’s head is.

And Twitter, as it is wont to do, went to town.

Have a great day!

Previous article BRIGHT SPOTS: How MedAdvisor stormed the last bastion of the fax machine
Next article ACS Past President Yohan Ramasundara on how tech can respond to covid-19 and why ongoing investment matters
Via Topics
Tags 5 thingsElon MusksoftbankUBER