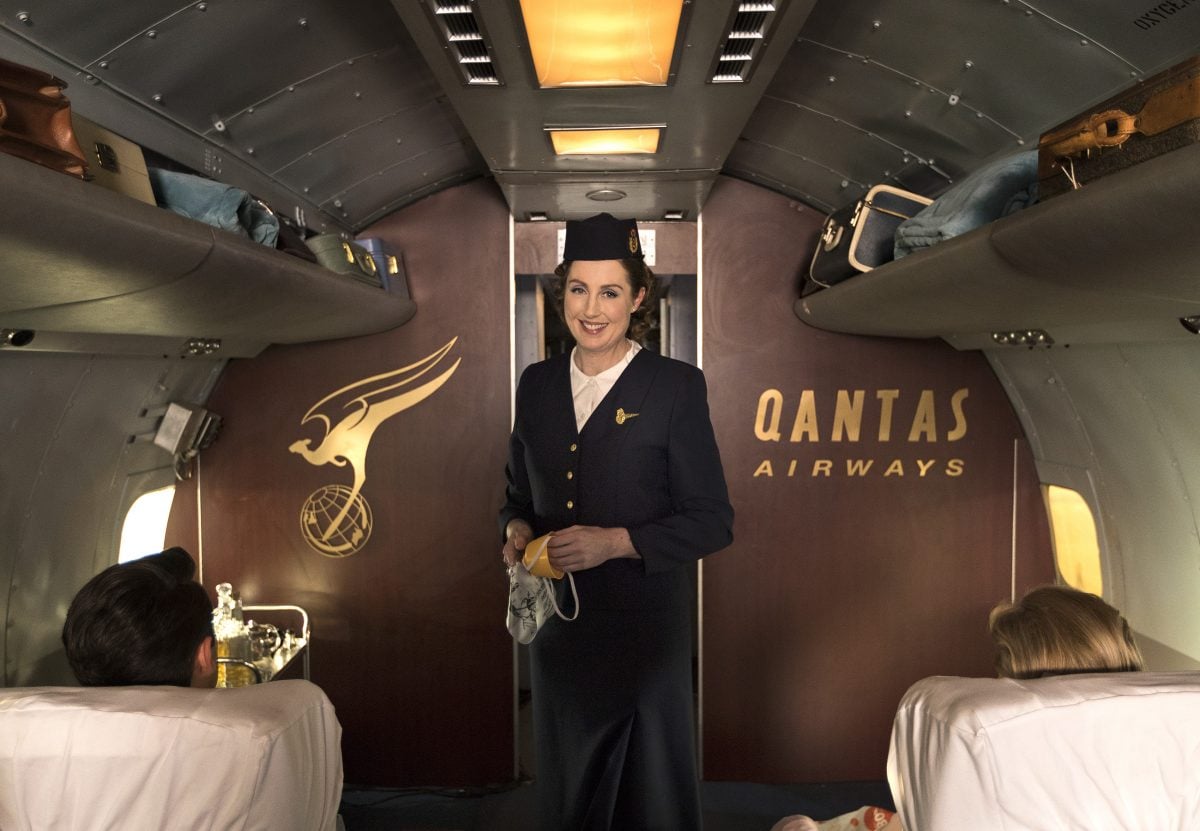 Photo: Qantas
G’day and welcome to Thursday.
We’re hoping markets start to recover today. Or would the last CEO to leave please turn out the lights.

1. CEOs head for the exits

It’s a big week for US corporate hi-flyers keen to spend more time with their families.

First up, Uber Eats boss Jason Droege, who launched the rideshare offshoot in December 2015, announced his departure via Twitter, to praise from Uber CEO Dara Khosrowshahi, who called him a “fearless, clear-eyed, a deep thinker, and a true entrepreneur”.

Dutch Uber exec Pierre-Dimitri Gore-Coty, who was VP of the business outside the US, will step into the role in mid-2020.

Then, after US markets closed, the King of Hollywood, Disney CEO Bob Iger finally followed through on his oft-mooted departure after 15 years at the helm. Igor, a 45-year veteran of the business who’s now amassed a personal fortune worth more than AU$1.05 billion (US$690) – he was paid US$65.8 million in 2018 – will become executive chairman and see out his contract to Dec 2021. Former Disney Parks, Experiences and Products chairman Bob Chapek will replace him.

But the announcement that surprised everyone, and came within minutes of Iger’s, was that Salesforce co-CEO Keith Block is also stepping down just 18 months into his job-share with founder Marc Benioff, who’ll take sole charge again. Block was seen as heir to Benioff’s crown, but instead, it’s now long live the king.

Emergence, the investment conference presented by Wholesale Investor and CRIISP, got underway at Sydney’s Hilton hotel yesterday. The three days feature more than 40 investor presentations, along with advice on how to invest in the high net-worth, venture capital, funds, family office and private equity spaces, plus the chance to network with founders and investors. You can still grab tickets here.

One of the presentations that caught our eye came from what you might consider a legacy business that sees opportunity from the startup sector. ASX-listed St George Mining (ASX: SGQ) is hoping to make its fortune from digging up nickel in Western Australia. Why? Because it’s a key component in electric vehicle batteries – there’s around 75kg of the stuff in every Tesla – and demand is about to go through the roof as the hunger for EVs does the same. 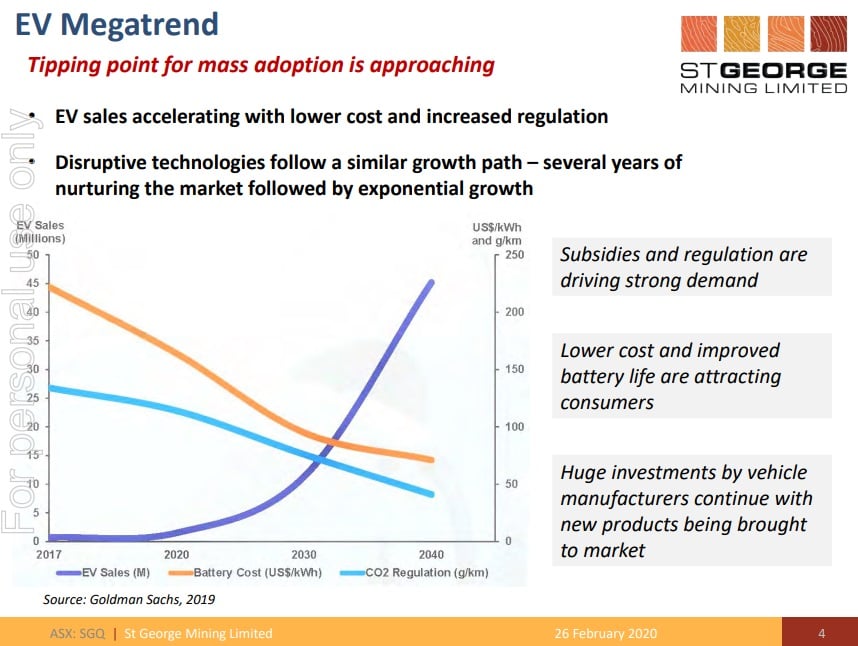 St George Mining predicts nickel demand will be double current supply within the next five years, arguing in their pitch that the best way to make money from EVs is to be a miner.

Elon Musk, mining magnate, is about the only title the US entrepreneur doesn’t have right now.

The Sydney Climate Action Summit (Mar 31 – Apr 2) is holding at day-long expo at the town hall on Wednesday, April 1, for startups, SMEs and other projects working on climate change activities.

Spark Festival director Maxine Sherrin  (maxine@sparkfestival.co) is helping put the expo together and is currently seeking Expressions of Interest (EOI) to exhibit and/or deliver a lightning talk or workshop.

The EOI closes this Sunday, March 1.

Sherrin says if your work intersects with climate change action, the expo is a chance to showcase your work to potential decision makers and others. There’s no charge, except for your commitment to be there 11am to 6pm. Professional services providers are not on the list.

For more info, get in touch with Maxine above.

RIP “Mad” Mike Hughes, 64, the inventor, daredevil and backyard would-be spaceman, who died on the weekend when the rocket he was strapped to took off from his California property on an attempted 1500m-high flight, but crashed back to earth, killing him.

His demise was captured by a Science Channel film crew shooting the adventure for a show called “Homemade Astronauts”. It appears the parachute that previously helped Hughes return safely to earth on a previous 570-metre high launch in 2018, ripped on take off.

The narrative around his death was that Hughes sort of got his comeuppance as a flat Earther, who was supposedly doing it to prove his theory.

But Space.com says that’s not true, citing an interview it did with Hughes in which he said the launch “was never an attempt to prove that”.

“I’m a daredevil!” who wanted “to inspire people” he told Space.com. More here.

This isn’t a tech story per se, but it does involve two issues the tech community is passionate about: intellectual property and hamburgers.

It involves the Australian burger chain Down N’ Out, which yesterday lost a trademark infringement case against the US chain In-N-Out.

The 72-year-old US giant In-N-Out, which has more than 300 stores, and two years ago, ran one-day “pop up” sites in Sydney, Perth and Melbourne, launched legal action against Down N’ Out’s parent company, Hashtag Burgers Pty Ltd in 2017, claiming Down N’ Out has engaged in deceptive and misleading conduct by mimicking its own brand, as well as infringing on its own brand.

Yesterday, Federal Court judge Anna Katzmann ruled in favour of the Americans, in a lengthy judgment that concluded “the applicant has made out its case of trade mark infringement, passing-off, and misleading or deceptive conduct in contravention of the ACL [Australian Consumer Law]”.

It’s a serious blow to the locals, and founders Benjamin Kagan and Andrew Saliba, who Katzmann said they were “jointly and severally liable for this conduct” before their company, Hashtag Burgers, was incorporated, then “were knowingly concerned in its contraventions of the ACL that took place after that date”.

The pair did not give evidence during the 2019 hearing.

You can read the damning judgment for yourself here. It doesn’t look good for the locals. Or cheap. The question of remedies has been deferred, and the matter sent to case management next month. In-N-Out wants the Federal Court to order Hashtag Burgers to stop using the Down N’ Out name, and to pay damages or hand over any profits made from using the name.

BONUS ITEM: If you spend a lot of time in the air, you become something of an aficionado of flight safety briefings. Air New Zealand’s been Best On Ground for many years, but Qantas has been lifting its game in recent years, and yesterday released their new, retro, briefing as part of the company’s centenary celebrations. At 8 mins 20 secs, we’re halfway to Melbourne before it finishes.