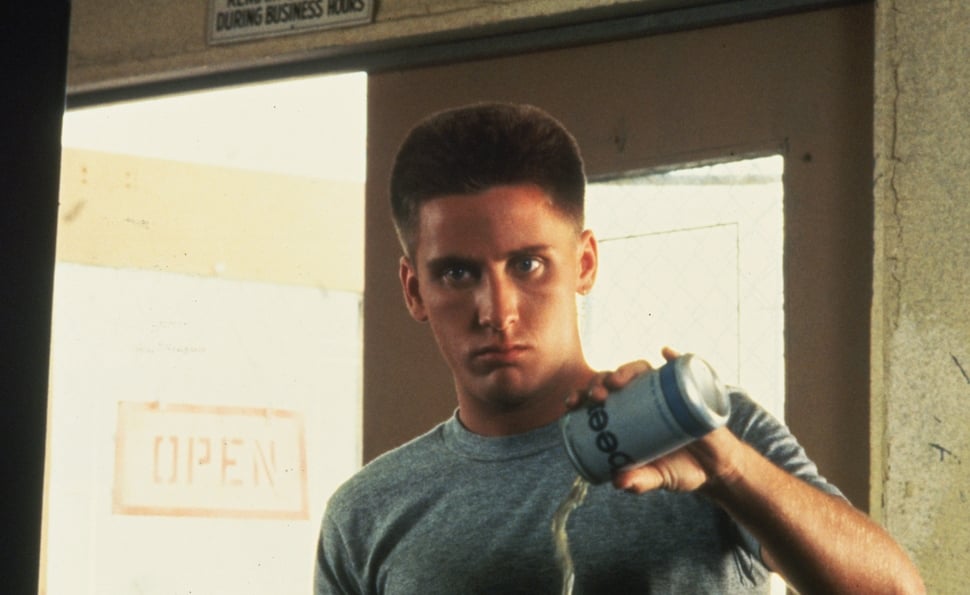 Generic products, as imagined by Alex Cox in his 1984 cult film, Repo Man

There’s lots happening here and abroad, so let’s check it out.

Back in 2017, Brandless set out to disrupt the $2 shop by selling things for $3. The California online retailer was trying to take on Amazon and Walmart with ethical, sustainable and generic health, beauty and food products, all sold for US$3 each.

It kicked off in $50 million in the initial funding round, then SoftBank founder Masayoshi Son climbed aboard, with the bank’s Vision Fund pledging US$240 million to the startup in a series C in May 2019, valuing the business at more than $500 million, Protocol reports, adding that the bank didn’t invest all the funds because the business failed to reach targets the fund set. Over the last 14 months, the business attempted to pivot, raising prices, amid executive reshuffles and the departure of co-founder Tina Sharkey.

Some 30 months later, Brandless is SoftBank’s first big failure, closing down blaming a “fiercely competitive” retail market (no doubt surprising news to most SME retailers) that made things “unsustainable”.  Trading has ceased immediately.

CNBC reports 70 people, around 90% of the staff, are being laid off ahead of a complete shut down of operations.

Things got exciting, briefly, for Slack, after Business Insider reported that IBM had bought accounts for its 350,000 employees in a massive deal that made IBM the messaging service’s biggest customer. Slack shares jumped 15% and the company called a trading halt to address the issue.

Alas the win was nothing new to the loss-making startup.

“IBM has been Slack’s largest customer for several years and has expanded its usage of Slack over that time,” Slack’s statement to the NYSE said.

The business added it won’t be changing its earnings guidance. The shares fell 5% in trade overnight.

Analysts expect to post a quarterly loss of around $31 million when it announces its December quarter results – it’s yet to say when it will, despite revenue expected to have risen more than 40% from the previous comparative period.

Meanwhile, the business is in a fierce battle with Microsoft and its Teams service, which has around 20 million users, compared to Slack’s 12 million.

The FBI has emailed security alerts to US companies over a sustained hacking campaign directed at supply chain software providers, ZDNet reports.

The US intelligence and security service says hackers are using Kwampirs malware (a custom backdoor trojan to gain remote access to computers), to try and infect the businesses.

ZDNet obtained a copy of the email sent, which says in part: “Software supply chain companies are believed to be targeted in order to gain access to the victim’s strategic partners and/or customers, including entities supporting Industrial Control Systems (ICS) for global energy generation, transmission, and distribution”.

Australian logistics business Toll, was the victim of a ransomware attack last month and is still restoring its systems after isolating the infection. The hack led the federal government’s Australian Signals Directorate’s Australian Cyber Security Centre (ACSC) issued a warning to companies to update their cybersecurity and detection software scanning for malicious indicators.

The FBI warning says the Kwampirs attacks now evolved to targeting companies in the Industrial Control Systems sector, especially energy ventures, and may be related to data-wiping malware from Iranian-linked hackers.

4. Amazon is watching you read

When The Guardian’s Kari Paul requested her data from Amazon under California’s new privacy laws, she made an unexpected and unsettling discovery: Amazon logs what and how she reads on the Kindle app on her iPhone.

Beyond what she read and for how long, the data revealed what she’d highlighted or clipped, and words she’d looked up. Worried about what would happen to the data, she contacted Amazon, which said it doesn’t share individual customer actions with publishers or anyone else. Highlights are logged to sync progress and actions across devices, the company said, adding that the data is used “to provide customers with products and services, pay content providers and improve the reading and shopping experience”.

The nation’s biggest tech startup, the National Broadband Network, is still losing billions of dollars, but the roll out of the NBN is “well positioned” to be completed by the June deadline, CEO Stephen Rue said, releasing the company’s half-year results yesterday.

Total revenue was $1.81 billion in the first half of FY20, up 39% on HY19, with 10.5 million premises Ready to Connect, up 30%, and 6.4 million premises activated, up 38%. And while that sounds impressive, just remember you’re forced onto the NBN, like it or not, 18 months after it’s been “ready to connect” in your area. Meanwhile, the business needs to get cracking over the next four months if it’s going to connect the remaining one million residential business addresses, as well as signing up 600,000 more customers, but Rue is optimistic.

“This strong momentum in the rollout puts us well on track to deliver on our commitment of making 11.5 million residential and business premises Ready to Connect and seven million premises connected to the network by 30 June 2020,” he said

The company’s earnings improved with EBITDA, before subscriber costs, hitting $775 million, while capital expenditure reduced in H1 FY20 to $2.5 billion as completion winds down, but the taxpayer-owned $51 billion venture still posted a $2.14 billion loss due to increasing subscriber costs. The good news is the monthly residential average revenue per user rose to $45 from from $43 in HY19. Business revenue of $319 million was up from $214 million in HY19

“These are outstanding results executed during a crucial time of the build. We continued to deliver against our key financial and business metrics, and we remain well positioned to complete the volume rollout of the network by 30 June 2020,” Stephen Rue said.

“We expect the urban rollout activity to further accelerate in the second half, particularly across our Fibre to the Curb (FTTC) deployment.”

Rue added that he won’t be hitting up the government for more taxpayer funds for the business.

The ACCC’s latest results show that about a quarter consumers on FTTN connections, paying for 50 Mbps and 100 Mbps plans, still did not receive anywhere near their full plan speeds, at any time. More here.