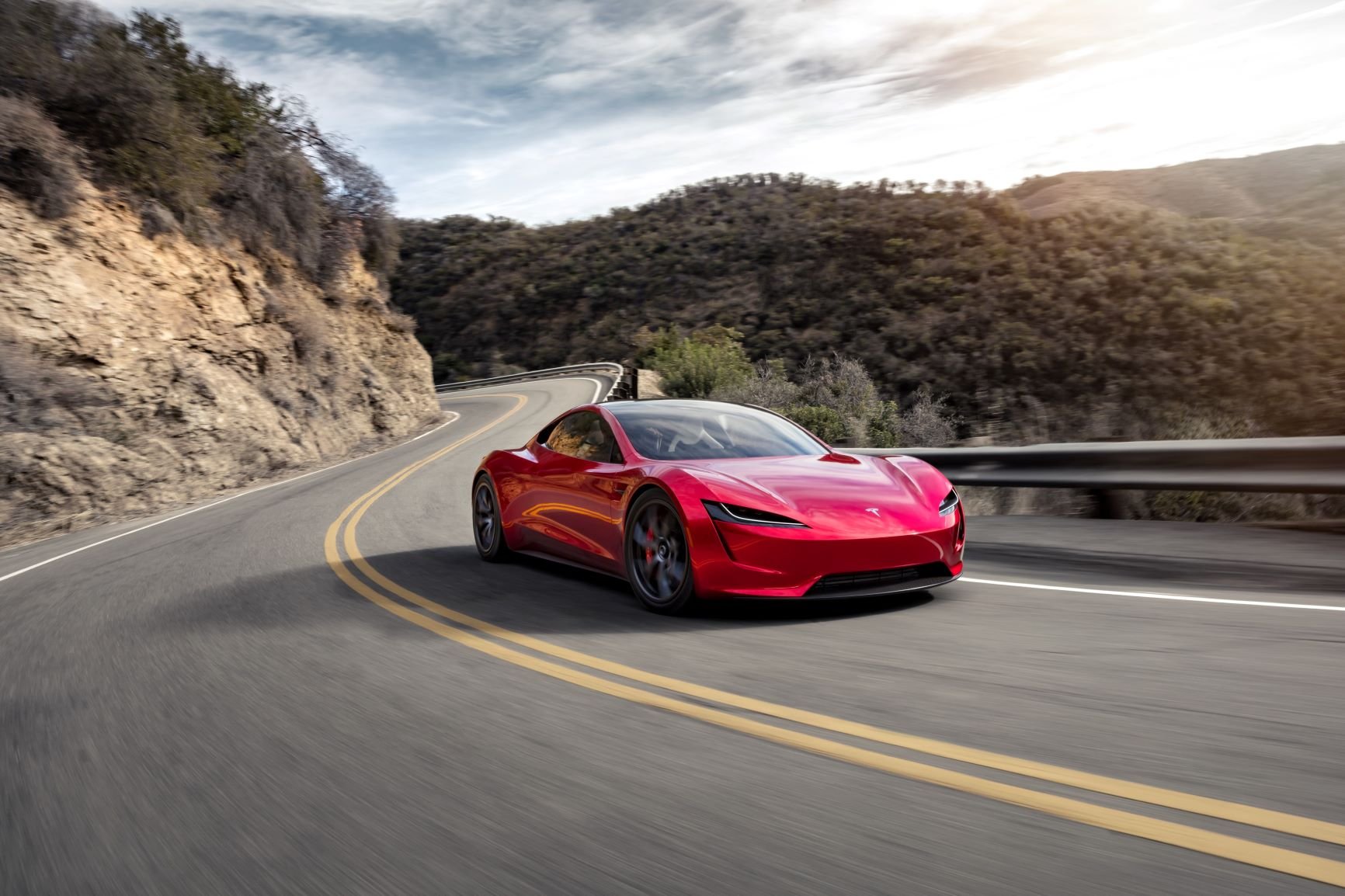 Here’s what we’ve seen going down.

1. Won’t somebody think of the Tesla shorters?

Shares in Elon Musk’s electric car company skyrocketed 36% in the last two days, from US$650 to $887 at the Nasdaq’s close on Tuesday, having broken through the $900 barrier during the day’s trade.

There’s no one more bullish about the electric car and battery maker’s future that analysts at investment company Ark, whose research note last Friday put a $7000 valuation on the stock by 2024 – $1500 in a bear case (with a 25% probability) and a staggering $15,000 in what should be labelled a running of the bulls.

Tesla has now tripled in valued since October and is up 60% in a week.

The current share price gives Tesla a market cap of US$164 billion. Ark thinks it will be worth $1.3 trillion in five years.

Meanwhile, Musk’s satellite internet play, Starlink, an offshoot of SpaceX, is keen to get cracking in Australia, with the Australian Communications and Media Authority (ACMA) granting an approval on January 24 that will pave the wave for an internet roll out locally, CNBC reports.

Starlink is intended to be a network 12,000 small satellites, but so far they’re 240 into that goal, with SpaceX looking to get to 360 before the internet connection fires up. Australia could potentially be one of the first places outside the US to get the service.

But wait! Not everyone’s happy with that news. As CNBC reports, Rupert Murdoch’s Foxtel has been complaining to ACMA that it has “very high levels of concern regarding the interference potential” from Starlink.

But SpaceX still may face a fight in Australia, as the country’s telecommunications giant Foxtel wrote a letter of protest to the ACMA regarding Starlink. The TV conglomerate said that Starlink’s services would interfere with Foxtel’s current satellite service.

“The consequences of interference, outages or degradations of margin are at the highest end of the spectrum of consequences for a business such as Foxtel,” the company told ACMA in its submission. More here.

Grab the popcorn, a chair and watch the billionaires battle it out for your broadband.

Google’s vid sidekick, Youtube generated US$15 billion in advertising revenue last year – not bad for a business they bought in 2006 for US$1.65bn.

Alphabet revealed how much it made there – up $4 billion on 2018 – as well as its cloud business, for the first time in its latest financial results.

Alphabet and Google CEO Sundar Pichai was a happy chap.

“I’m really pleased with our continued progress in search and in building two of our newer growth areas: YouTube, already at $15 billion in annual ad revenue, and cloud, which is now on a $10 billion revenue run rat,” he said.

The University of South Australia’s Innovation & Collaboration Centre (ICC) is open for applications for its 2020 Venture Catalyst Space program.

The program supports space startups to validate and test their products, developing alongside 60+ existing space industry companies, and the Australian Space Agency, which calls Adelaide home.

ICC Associate Director Jasmine Vreugdenburg said they supported 10 companies to build out their MVP, raise funds and develop partnerships since it launched

The program runs from June to December.

UK-born Australian digital leader Paul Shetler died on Friday in Sydney after a heart attack. He was 59.

He came to Australia to run the government’s Digital Transformation Office and get the public service online when Malcolm Turnbull was communications minister.

Former PM Malcolm Turnbull paid tribute to him, although Shetler left the public service after Turnbull replaced him and shifted his role to chief digital officer in a change of heart some observers saw as a triumph for a torpid bureaucracy.

Shocked and very sad to learn Paul Shetler has died. A great loss. I recruited him in 2015 as first CEO of the Digital Transformation Office to continue the work he had done in the UK. He was as innovative as he was iconoclastic. A visionary in every sense. 🙏🙏🙏

But he stayed in Australia, worked with startups, was the first expert in residence at  fintech hub Stone & Chalk, and as a partner at AccelerateHQ, as well as consulting to the NSW government.

Last year is declared Agile out of date and “probably one of the few things you should not be doing any more”, Shetler told Adapt.

“You go to digital conferences, and you hear about all these crazy things which actually just go to prove how badly agile scales, for instance, across programs,” he said.

“It’s a consistent mistake that I’ve seen everywhere. It’s one that I’ve been guilty of myself. I used to act as if it were the solution to every problem. But in fact, it’s not the solution to contemporary development practices. And it’s also not appropriate when the solution actually is to adopt standard engineering practices to scale something up to a platform.”

BONUS ITEM: No Airpods with my latte.

Thanks to ZDnet for pointing out the Miss Manners moment involving a man whose barista refused to serve him until he took is Airpods out. The Takeout’s Salty Waitress column was asked about the etiquette of the moment, leading to a spirited subsequent debate over the right of ordinary people to bear tech while getting coffee.

Previous article BEN CHONG: Why onboarding is critical if you want to keep your customers
Next article Judo Bank is on the hunt for another $400 million
Via Topics
Tags 5 things