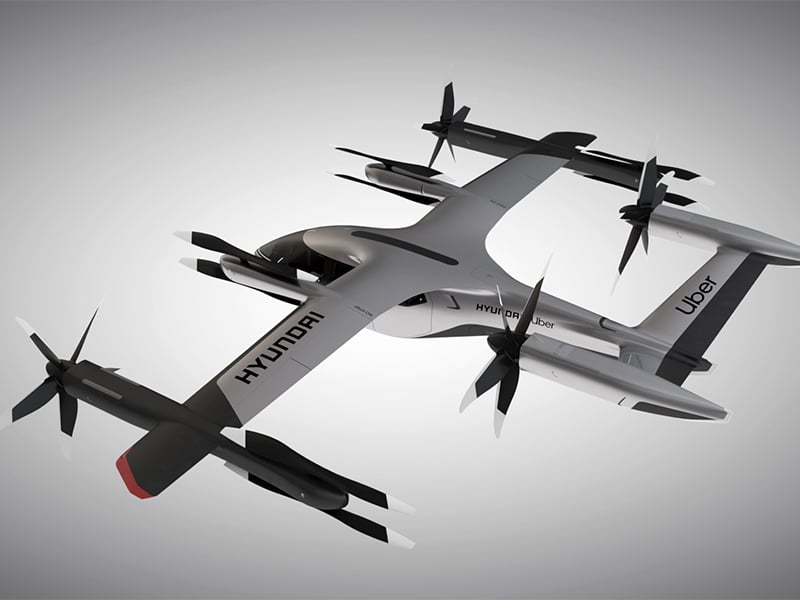 It’s Thursday, the BNPL wars just went up another notch, and Rafa’s out of the Australian Open. The Barty party is over.

Let’s call it a victory for the true believers. Shares in Elon Musk’s Tesla are heading towards $600, rising to a new record high overnight at US$580.99.

Another $50 and it will have trebled in six months – and that looks set to happen as soon as this evening after the business beat revenue expectations in the fourth quarter. 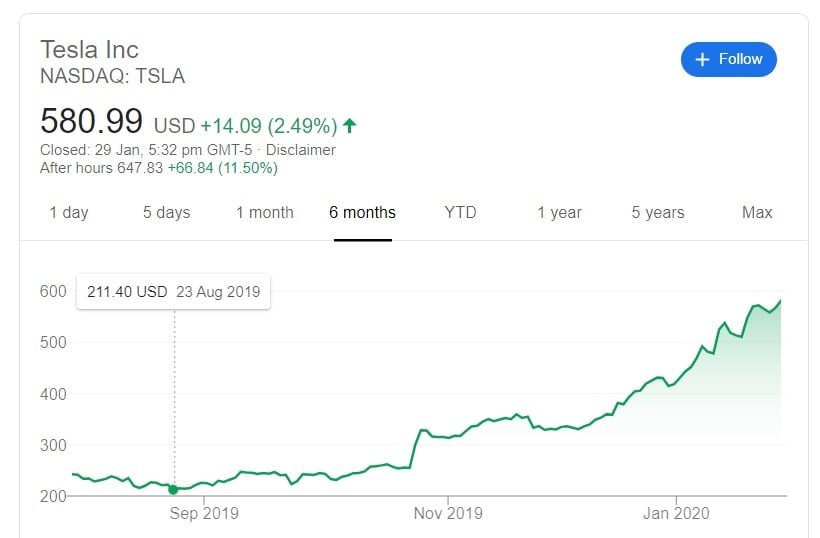 Bloomberg reports that the company’s directors, with the exception of Musk, the CEO, reached a US$60 million partial settlement over a shareholder lawsuits over the company’s acquisition of SolarCity. The directors’ insurers will reportedly cover the costs of the settlement. The legal action saw the board accused of duping investors over the $2 billion 2016 deal to buy the business, which Musk also co-founded.  A trial against Musk for allegedly failing to disclose the precarious financial position of SolarCity as he was urged shareholders to support the acquisition, now viewed by some as a bailout, is likely to proceed in March.

Meanwhile, Tesla beat analyst revenue expectations at $7.38 billion, up 17% on the previous period, and 1% high than the corresponding period in 2018. Net income was $105 million. The company also said production of the Model Y has begun ahead of schedule at its California factory.

Remember the bike wars, when startups dumped rental bikes all over Melbourne and Sydney, only to collapse and leave town as quickly as they arrived?

We suspect you may have to brace for a repeat with electric scooters in the next year or two.

California-based e-scooter startup Bird raised another US$75 million in a Series D top up (adding to last October’s $275 million, led by Canadian pension fund CDPQ and Sequoia Capital). It’s spending some of the cash – an undisclosed figure – on Berlin-based Circ, which only got going 12 months ago having raised US$60 million in a Series A to launch in Switzerland. Three-year-old was valued at $2.5 billion before the investment.

Meanwhile, the plague of e-scooters around city streets has been raising the ire of residents, with councils upset too and the companies promising to do better.

We missed this over the Christmas break, but thought it’s worth flagging from the Consumer Electronics Show, where Uber and Hyundai announced a partnership to develop Uber Air Taxi.

As a result, Hyundai’s S-A1 (pictured above) is an electric vertical take-off and landing (eVTOL) plane designed for a cruising speed up to 180 mph (290kmh), a cruising altitude of around 1,000-2,000 feet (300-600m) above ground, for trips up to 60 miles (100km). They will be piloted initially, but eventually become autonomous. The cabin is designed with four passenger seats and space for a personal bag or backpack.

The Tasmanian Cyber Security Innovation Node kicked off in Launceston today, joining five other state and territory nodes created in partnership with AustCyber.

“The global cyber security market is expected to be worth US$270 billion by 2026 and the Morrison Government wants our local businesses to be a critical player,” she said

“This node and others in the network will foster collaboration which will help Australia seize the opportunities and meet the rising demand for skilled cyber workers and services.”

The Tasmanian Node will have a particular focus on driving national strategy in the Smart Cities, Internet of Things (IoT) and Marine Technology sectors. 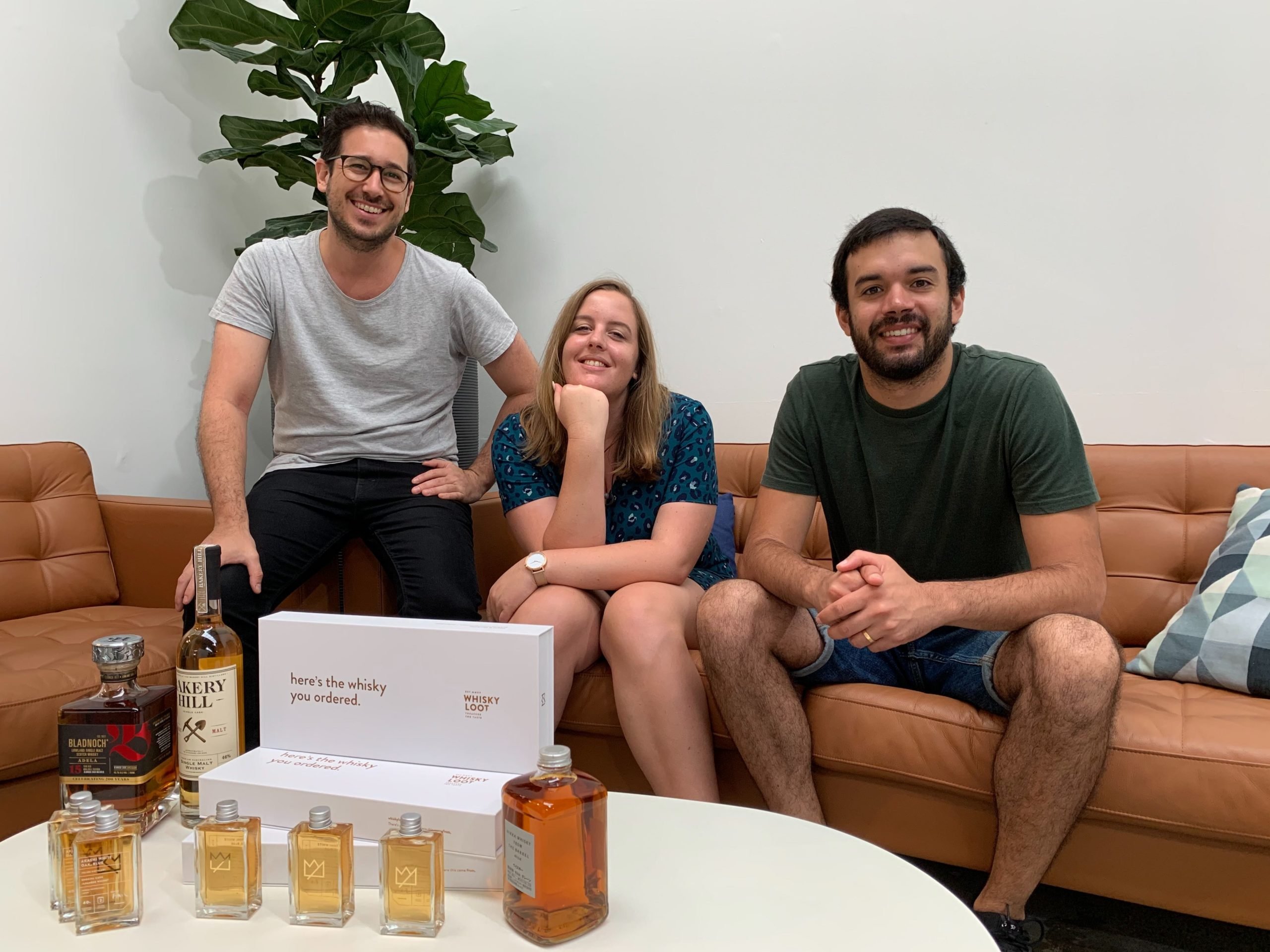 In why-didn’t-we-think-of-that news, bootstrapped Sydney startup WhiskyLoot.com has raised closed a $400,000 round to expand into other verticals.

Hauer claims 25% month-on-month growth for more than two years, giving people a dram of the top shelf drops normally beyond a budget they can justify to their partner (we made that last little bit up as a bit of projection).

“We believe premium spirits shouldn’t be out of reach for the majority of consumers, our solution gives them the ability to discover spirits; focusing on the quality rather than the quantity,” Mr Hauer said.

WhiskyLoot.com working with the likes of Campari and Moet Hennessy – the latter’s portfolio includes the famed Ardbeg, as well as Glenmorangie and Glen Moray – and Hauer’s venture is in part a data play he says the majors consider “game-changing”.

“We’ve been able to prove ourselves with strong recurring revenue metrics, and a low capital-intensive business model, all the while providing a mutually beneficial ecosystem for the consumer and distilleries”, he said.

WhiskyLoot.com will use the funding to ramp up its revenue, make new hires, expand its presence and invest more in research and development for its subscription model and discovery engine.

Hauer also has his eye on going global.

“We couldn’t settle with just a domestic view, as the market here is considered small, we thought about a global model from day one, and this pushed us to find product-market fit early on here in Australia,”  he said.