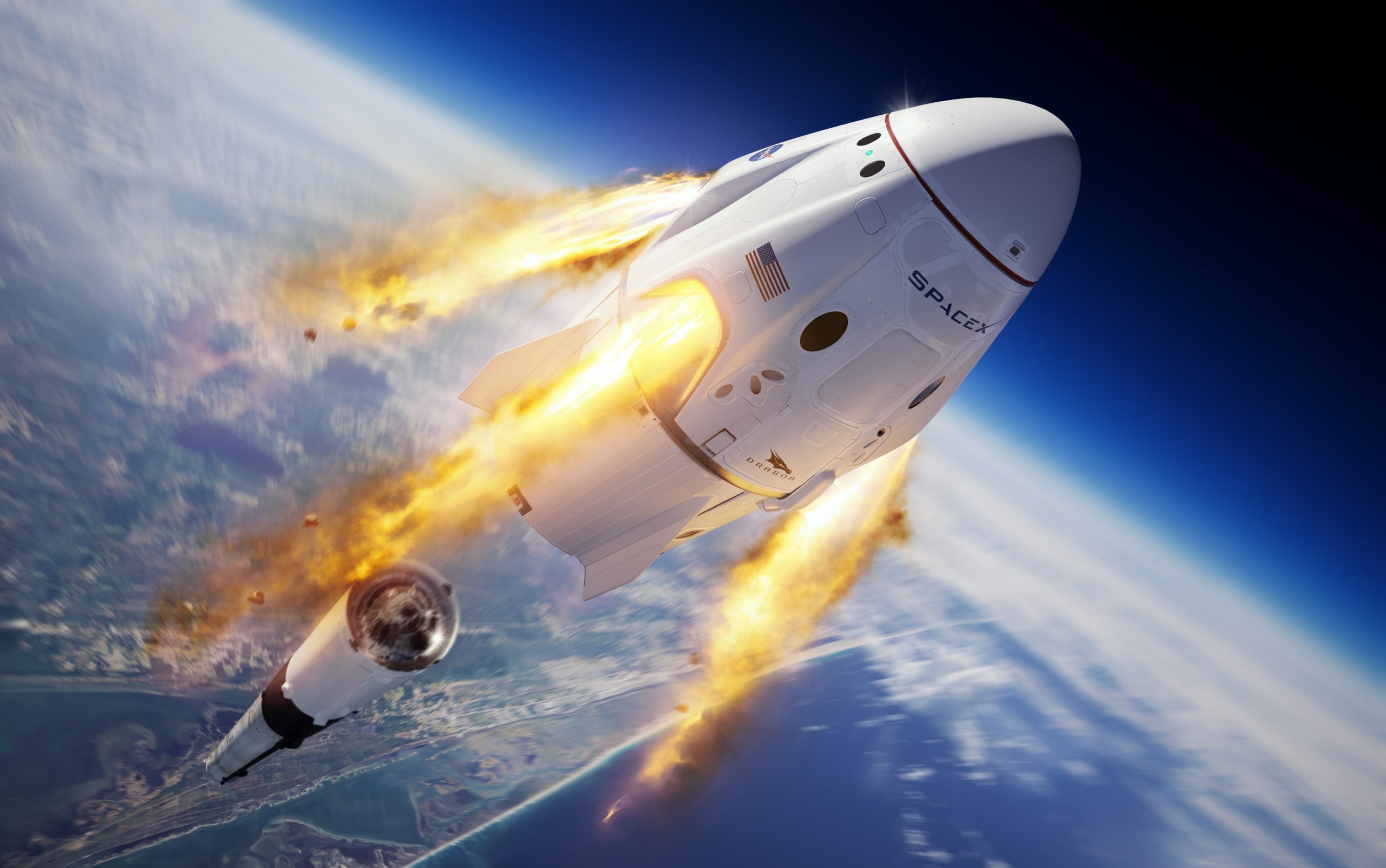 An artist's impression of the Crew Dragon capsule separating from the Falcon 9 rocket. Source: Space X

Hello, it’s Tuesday and Space X is getting ready to put two men into space.

SpaceX fired Falcon 9 rocket from the Kennedy Space Centre at Cape Canaveral in a final test flight before it carries a crew of two NASA astronauts, and things blew up, as planned. It was all about demonstrating the escape capabilities of the Crew Dragon spaceship

Mission control deliberately aborted the lift off after 84 seconds, shutting off the engines on the main rocket while travelling at around Mach 2, some 20km up. The Falcon 9 fell away and exploded, as the Crew Dragon capsule continued skywards under its own power. 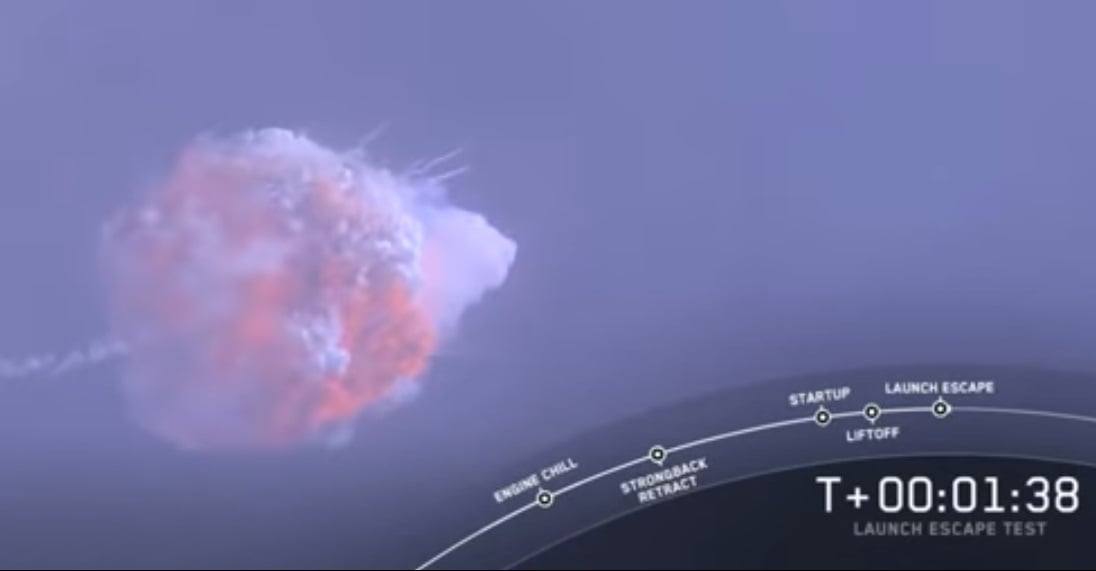 Thar she blows. The rocket explodes, as planned, during the Space X test. screenshot

About 40km up, after 2:20 mins, the capsule ditched its cargo trunk, before falling back to earth and splashing down in the Atlantic ocean 9 minutes after take off. It had a couple of crash test dummies inside.

NASA administrator Jim Bridenstine was impressed by the impending return of American astronauts from US soil.

Congratulations to the @NASA and @SpaceX team for a successful In-Flight Abort Test! This critical test puts us on the cusp of once again launching American astronauts on American rockets from American soil. Spacecraft recovery operations are underway. pic.twitter.com/5ZzEVesAJW

The steady rise in US tech stocks saw the market cap of Google’s parent company, Alphabet, hit US $1 trillion this week, joining fellow tech giants Amazon, Apple and Microsoft in that rarefied stratosphere. To put things in perspective, at AU$1.45 billion, the business is not far behind Australia’s annual GDP of $1.9 trillion.
Alphabet last year generated US$40.49bn in quarterly revenue – some $US33.92bn from advertising alone.

Hotel bookings website Trivago misled consumers, in breach of Australian Consumer Law, in both its TV and online advertising, losing a Federal Court case brought by competition watchdog the ACCC.

ACCC Chair Rod Sims, called Trivago’s conduct “particularly egregious” saying its hotel room rate rankings were based primarily on who paid them the most money.

“By prominently displaying a hotel offer in ‘top position’ on its website, Trivago represented that the offer was either the cheapest available offer or had some other extra feature that made it the best offer when this was often not the case,” Sims said.

“Many consumers may have been tricked by these price displays into thinking they were getting great discounts. In fact, Trivago wasn’t comparing apples with apples when it came to room type for these room rate comparisons.”

The Court found Trivago’s hotel room rate comparisons that used strike-through prices or text in different colours gave consumers a false impression of savings because they often compared an offer for a standard room with an offer for a luxury room at the same hotel, and that until at least 2 July 2018, Trivago misled consumers to believe that its website provided an impartial, objective and transparent price comparison for hotel room rates.

A hearing on relief, including penalties, will be held at a later date.

They’re just some of the moments, along with Olympic memorabilia, up for grabs in a fundraiser by sporting and entertainment experience startup FAN+, with all funds raised going to the Australian Red Cross and Wires.

You’ll find the auction items and details on how to bid at fanplus.com/auctions

Last week neobank Judo announced it had written $1 billion in loans to SMEs. This week the fintech startup is waving its flag saying it’s now taken more than $1 billion in deposits in just nine months, with more than 95% of the money going towards lending.

Previous article Kogan.com just had its best Christmas trading, but its shares are getting smashed as profit growth slows
Next article How Samsung’s DeX platform turns your Galaxy phone into a mobile office
Via Topics
Tags 5 things