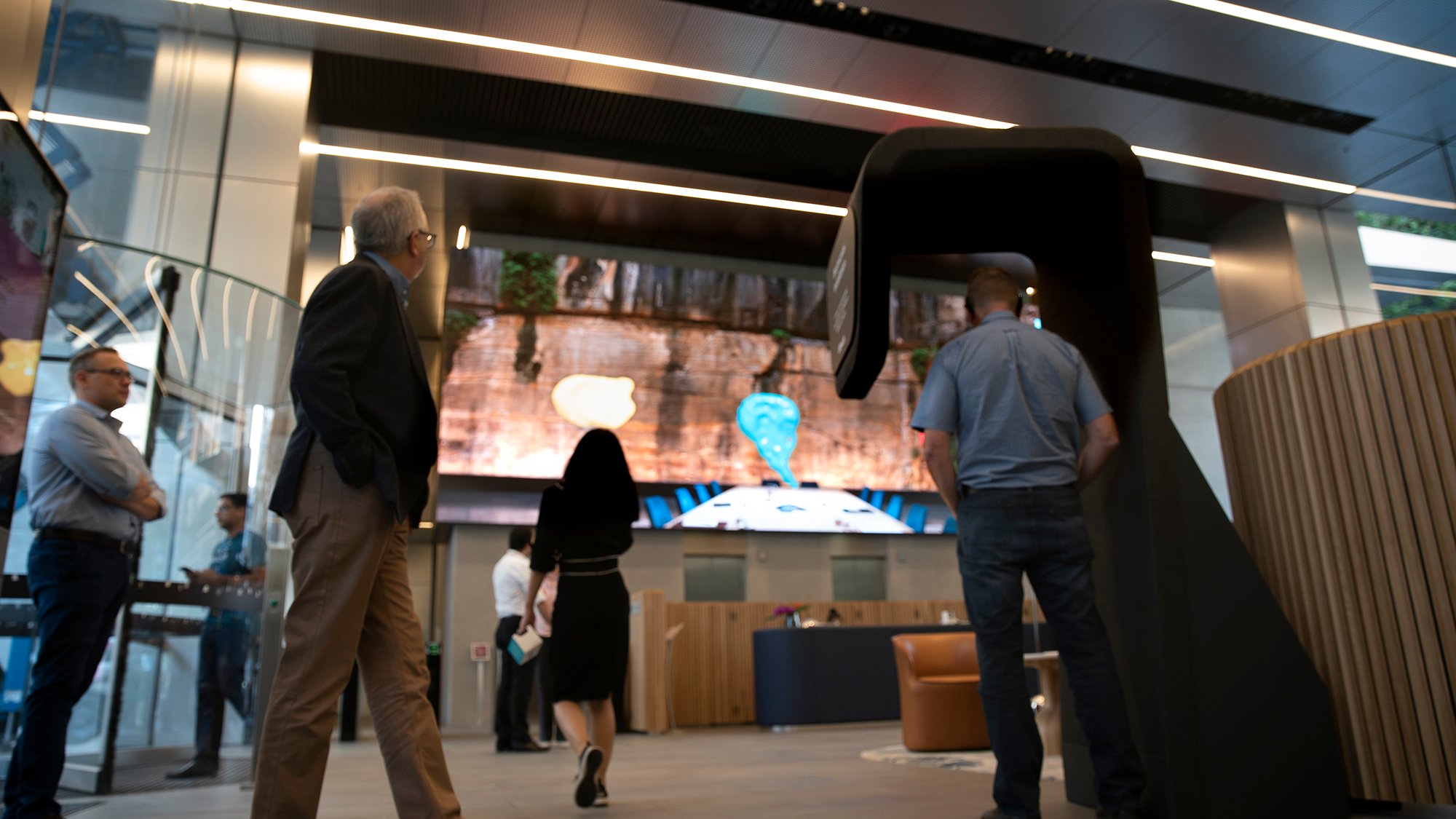 Hello Thursday. One more sleep to StartCon. Let’s do this.

1. Meet your neighbours on Nextdoor

This week’s episode of our new podcast, The Problem Solved, is up. We spoke to Sarah Friar, CEO of Nextdoor, the social media network that connects local neighbourhoods. Friar has an impressive CV, having been CFO of  Jack Dorsey’s payments venture, Square during its IPO. She’s also director of Slack and retail giant Walmart in a pioneering career as a female executive.

We talked about about Nextdoor, being a female exec in tech, and the state of social media in general. You’ll find more here.

2. Twiggy and Cannon-Brookes are sending sunshine to Singapore

The world’s largest solar farm, at  $22 billion 10 gigawatts (to put that in perspective, Victoria’s massive Loy Yang A is 2.2GW) and 22GWh battery storage facility in the Northern Territory is set to go ahead after two billionaires, Fortescue’s Andrew ‘Twiggy’ Forrest, and Atlassian’s Mike Cannon-Brookes, became major investors in the project.

Sydney-based Sun Cable, which wants to ship the power to Singapore, announced MCB’s Grok Ventures was lead investor in the project, alongside Twiggy’s Squadron Energy. While the total investment from the billionaires was undisclosed, it’s reportedly under $50 million.

The over-subscribed raise will go towards the development work for the Australia-Singapore Power Link (ASPL) near Tennant Creek, which will supply Darwin region and Singapore, via a 4,500km high voltage direct current transmission network.

3. Tyro wants to be a unicorn

Tyro is heading to an ASX float in December hoping it will value the company at more than $1 billion.

$125 million will come from new shares, the balance in a secondary offer to its 450 existing shareholders, including Atlassian’s Mike Cannon-Brookes, who has a 13.69% stake, with a market launch date of December 6. The retail offer opens on November 26, closing on December 3.

The business has around 29,000 business customers, 450 staff and is Australia’s fifth largest merchant acquiring bank by terminal count. The business is not yet in the black, making a pro forma EBITDA loss of $6.1 million in FY19 (FY18 loss: $7.4m) – the net loss was $18.6 million – and will not be profitable in the Prospectus forecast period.

4. A Juicero that sucks?

Remember Juicero? The US$400 juicer from a Silicon Valley startup that raised US$120 million before it went broke?

Well, among the 1,300-odd subsidiaries at Japan’s SoftBank – the WeWork backers – is SoftBank Robotics, which revealed a commercial-grade Roomba-rival robotic vacuum cleaner, called Whiz, at a US trade show this week.

It’s been operating in pilots in Japan and the US at places such as hotels and airports and SoftBank says it can be programmed with up to 600 cleaning routes and clean an area up to 1,500 square meters – think 4 basketball courts – for three hours on a four-hour charge. The company sees a massive opportunity. At US$499 a month subscription for Whiz, we see something very different. An actual janitor, who does all the other bits too, costs around US$2000 a month.

5. A brain for business

You have until tomorrow to check out the ‘Brainwaves’ art installation in the lobby of 100 Mount Street, North Sydney. Dexus commissioned the 6-metre-long video wall, which taps into the brainwaves via wearables to create unique art to each person involved. It’s all about mindfulness Dexus says. It’s there til 5pm November 22.

BONUS ITEM: That time US comedian Steven Colbert rocked up in New Zealand, was picked up at the airport by PM Jacinda Ardern and taken back to her place for a barbecue with the first bloke and Lorde.

Previous article The Tyro float: what you need to know
Next article Billionaires Twiggy Forrest and Mike Cannon-Brookes are backing a giant, ‘insane’ solar plant shipping power to Singapore
Via Topics
Tags 5 things