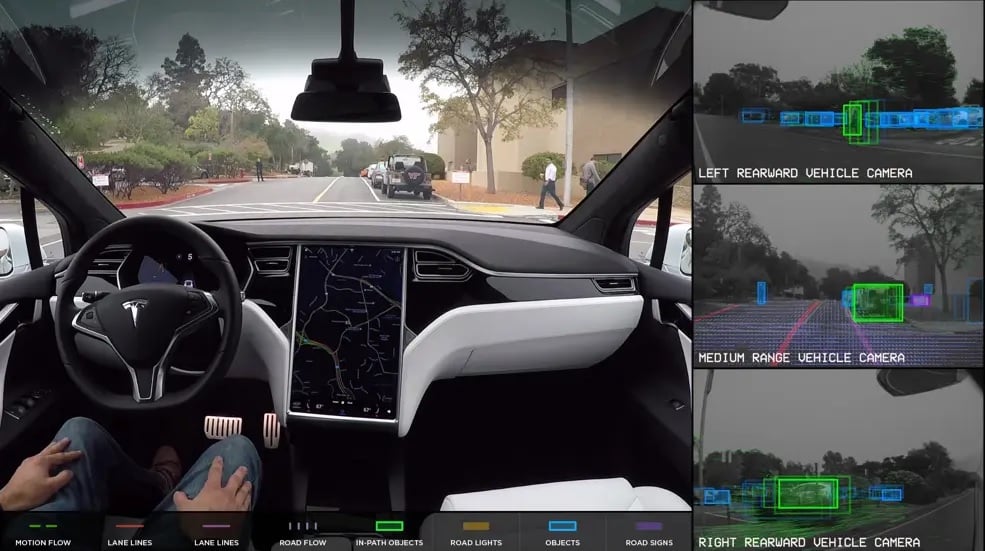 Hope you’re feeling well. If not, try shouting “Hey Google, what’s wrong with me” and if they know.

1. Google is collecting US health data

The search giant is using the data of up to 50 million Americans from US non-profit health company Ascension as part of what it calls “Project Nightingale.” The Wall Street Journal exposed the deal on Monday and Ascension confirmed the data sharing, with Google Cloud president Tariq Shaukat saying: “we hope to transform the delivery of healthcare through the power of the cloud, data analytics, machine learning, and modern productivity tools—ultimately improving outcomes, reducing costs, and saving lives.”

Google says “Ascension’s data cannot be used for any other purpose than for providing these services we’re offering under the agreement, and patient data cannot and will not be combined with any Google consumer data”.

2. Tesla wants to have a million self-driving robotaxis on the road next year

The details emerged in an investor briefing last week, with Hans van de Bruggen calling it “the bombshell almost nobody is talking about”. Basically, it reads like Elon Musk’s car company is set to reach Uber’s goal years ahead of the ride-sharing venture.

The big takeaway is that while rivals have backed Lidar tech, Tesla’s been collecting data from every car it already has on the road to build its computer vision system – a combo of cameras, radar and ultrasonics – and it already has a massive database to deploy.

Where it gets really interesting is the idea that a US$38,000 Telsa, with a battery and car lasting for 1.6 million kilometres, can go off and be a robotaxi when you’re not using it. It could potentially generate US$30k a year in revenue – at half the ride cost of Lyft or Uber – meaning you’d make a profit from owning a Tesla, with the company clipping the ticket along the way. Read more here.

It’s a crazy-bold idea that changes the fundamentals of road use and point-to-point transport, but hey, this week Musk’s Space X put 60 satellites into space, using a recycled rocket for a record 4th time.

If you want to learn more and see the pitches, the video of the day is here.

4. Another US food delivery platform lands in Sydney

Uber Eats and Deliveroo have a new competitor. DoorDash, with $18bn, is America’s market leader. After launching in Melbourne in September, it came to Sydney on Tuesday, claiming that twice as many Sydneysiders have access to restaurants on DoorDash compared to Melbourne.

That might have something to do with the company’s controversial practice of putting restaurants on the platform without their knowledge. One cafe owner in Melbourne complained that despite being being “hounded for months to sign up” to DoorDash and refusing, he discovered he was on it when a delivery driver turned up.

La Trobe is collaborated with three international accelerators – imec.istart, Singtel Innov8 and SKALA  – for the program.

“Sixteen regional start-ups will be shortlisted through a market feasibility study with the help of experts, mentors, and interns. This study will advise them on the potential success of their products in European and Asian markets,” Tanasescu said.

Eight startups will be chosen annually for exchange programs in Belgium, Indonesia and Singapore.