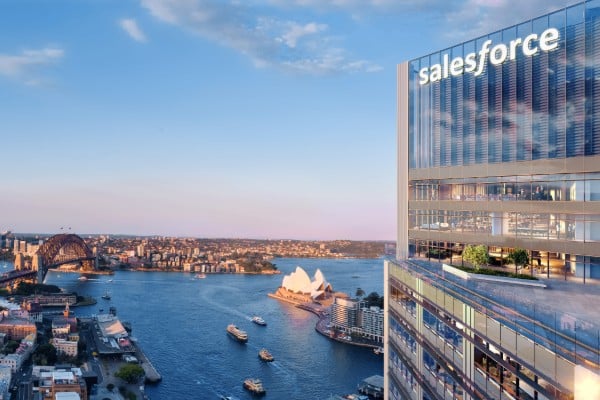 1.  If you only read one WeWork story, make it this one.

Scott Galloway, a professor of marketing at NYU Stern School of Business, let rip in August with an analysis title WeWTF. He’s been a critic of the  ̶m̶a̶g̶i̶c̶ ̶b̶e̶a̶n̶s̶  ahem consciousness elevating startup for a couple of years.

New York magazine’s Intelligencer caught up with him this week to discuss the fallout WeWork pulling its IPO filing. The asked: How much of the company’s problem was solved when Adam Neumann stepped down?

Galloway: At this point, I would say about none. He and SoftBank entered into a suicide pact, and he jumped out of the plane before it hit the ground. He pulled the rip cord. He has exited the suicide pact with $740 million, and everyone else gets to ride this out to its logical end, which will likely be a bankruptcy file.

And then there’s this response FROM A BUSINESS SCHOOL PROFESSOR, on why people are still talking IPO: “CNBC wants to be friends with Jamie Dimon and Masayoshi Son. It’s hard to believe that the prom queen is addicted to diet pills and a heroin addict. The fall from grace here has been so dramatic and yet so f&*%ing obvious.”

Ouch. Read it all here.

The Canberra university released the details of an investigation into the cyber attack, which saw hackers head to the personal data of staff and students dating back to 1999.

It was so sophisticated, it happened without the recipient of the email that instigated the breach even opening it, let alone clicking on links. All they did was scroll past the preview.

“This wasn’t a smash and grab. This was a diamond heist,” ANU Vice-Chancellor and Nobel Laureate Prof. Brian Schmidt said adding it was so sophisticated it “shocked even the most experienced Australian security experts”.

Schmidt says a team of between five and 15 people, working around the clock, were likely involved using “custom-built malware and zero-day hacks to exploit unknown vulnerabilities in our system” and dismantled their operations as they went to cover their tracks. The extent of the hack is still unclear, but they weren’t after research or IP, but personal details, which includes financial records.

3. Regional Victorian hospitals were hit by a ransomware attack.

The attack saw surgery delayed as seven hospitals plus health services in the Gippsland and South West regions were forced to shut down their IT systems for 24 hours.

The Age reports Premier Daniel Andrews said it could take a fortnight or longer to secure the affected networks and clear out the virus. Authorities did not find evidence that patient information had been compromised by the ransomeware attack. 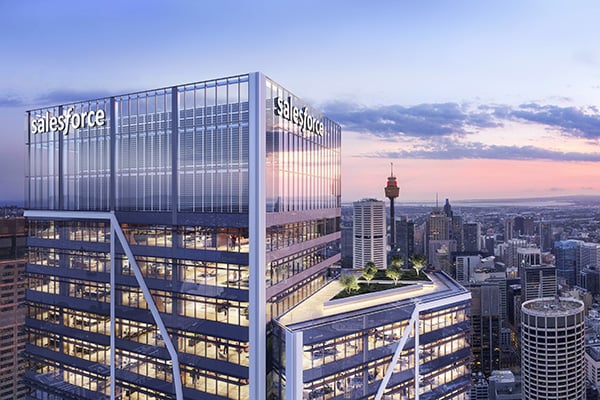 4. Salesforce will look down on Sydney.

Salesforce Tower Sydney is coming to a 53-storey CBD skyscraper near you in 2022. The cloud-based CRM giant will open its new ANZ HQ at the Lendlease-built $1.5 billion 180 George Street site promising another 1000 jobs over the following five years.

“The building will feature a Salesforce Innovation Center where we can welcome customers into the world of Salesforce, and a top Ohana Floor where we will host non-profits from the community at no charge on weeknights and weekends,” the company said, announcing the deal today.

Salesforce Tower in San Francisco, the mother ship, is 326-metres (1,070-ft) high. The Sydney skyscraper will be the city’s tallest building at 186m.

5. The burgers will be less beefy at Hungry Jacks

Billionaire Jack Cowin, the man who brought Burger King to Australia in 1971 as Hungry Jacks, revealed the result of his plant-based ‘meat’ project, v2food, to a select audience, including Startup Daily, in Sydney last night. The CSIRO and its innovation fund, Main Sequence Ventures, are involved in a joint venture with Cowin. The v2Whopper is likely to hit Hungry Jacks next month, restaurants too, as well as retail outlets with a promise it will cost no more than for-realz actual beef mince. Read all about it here.

BONUS ITEM: Rumours of Tweetdeck’s demise are greatly exaggerated. The popular Twitter spreadsheet borked for several hours today, leading to much wailing, mostly on Twitter, and doomsday prophecies that the company was killing it off, especially when none of the Twitter handles responded to user queries on what was going on. And then it came back, although Twitter seems pretty buggy today across the board.