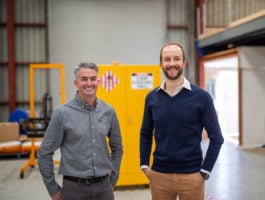 A battery materials company promising to improve the capacity of existing lithium-ion batteries by up to 100% has raised $3.7 million in a pre-Series A. The round was led by local VC Artesian and US-based Riverstone Ventures, with New York’s Chaos Ventures, Singapore’s SDGx and Sydney VC Bandera Capital also chipping in alongside several prominent Australian… Read more »