PODCAST: Jodie Fox on losing her startup, Shoes of Prey 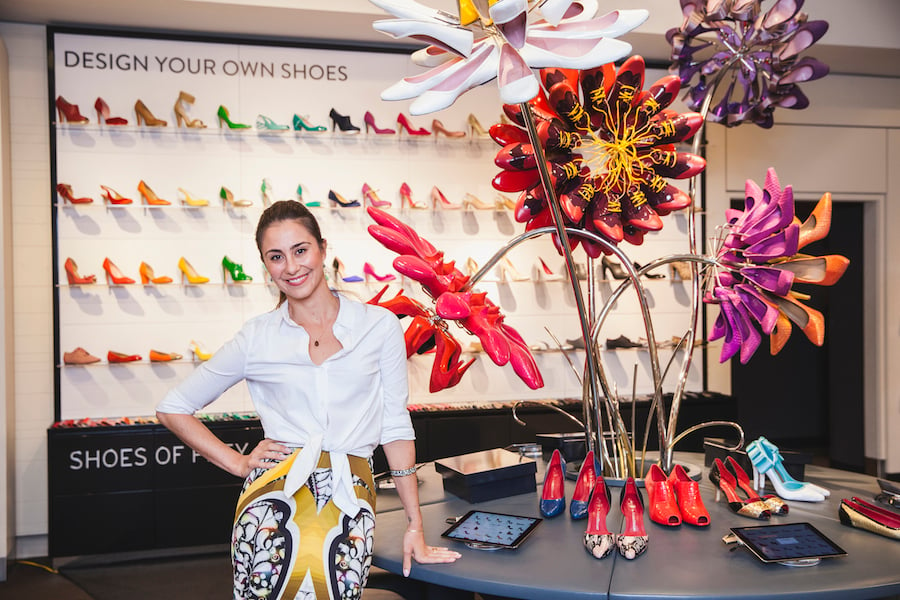 Shoes of Prey co-founder Jodie Fox when her startup was in full flight.

Jodie Fox was 27 when she launched her bespoke footwear startup, Shoes of Prey in 2009, with her former husband Michael Fox and their university mate Mike Knapp.

The business allowed consumers to create bespoke shoes at a fraction of the cost of their designer counterparts. It was at the forefront of customisation in retail and promised a way forward for an industry battered by the growth in online sales.

A decade later, the one-time shining star of startups collapsed in August 2018, to the shock of many.

In the year since Shoes of Prey failed, Jodie Fox has written a book about the experience, Reboot: Probably More Than You Ever Wanted to Know about Starting a Global Business ($29.95), which was released this week.

Startup Daily sat down with Jodie Fox for our new weekly podcast, The Problem Solved, to discuss what happened, and how she dealt with both the loss of the business and the identity she had has a startup founder.

Initially operating online Shoes of Prey slowly expanded with popups at high-end retailer David Jones before opening its own bricks and mortar stores.

The accolades poured in for Fox, who was named a 2011 Telstra Businesswoman of the Year, one of the top 30 most influential women in Australian retail and top 10 Australian female entrepreneurs.

The business grabbed headlines when it raised US$15.5 million (AU$21m) from investors including Blue Sky Venture Capital, Greycroft, and US  luxury retailer Nordstrom in December 2015.  It expanded into the US with design kiosks at Nordstrom before the trio set their sights on a local flagship store at Westfield Bondi Junction.

The business was getting ready to scale to the $100 million in revenue. But within a year the design kiosks in both Nordstrom and David Jones were shuttered.

And while the company grew consistently, it couldn’t find a way forward into the mass market that would deliver the promised hyper-growth expected by investors. Everything changed in August 2018. The custom footwear startup announced it had stopped taking orders. It was the end of a decade-long dream.

In an essay examining the demise of Shoes of Prey in March, just before it was placed in the hands of receivers, Michael Fox said they biggest problem the business faced was what their customers were consciously telling them “and what they subconsciously wanted (to be inspired by trends and shown by celebrities and influencers exactly what to wear — down to the style and brand) were effectively polar opposites”.

It was a decent business, but they’d taken it down the wrong path, Michael Fox wrote: “we shouldn’t have gone down the path of raising venture capital and instead focused on building a strong but smaller business serving our niche of women who wanted to customise”.

“There’s two reasons for that. The first one is that your investors see a lot of businesses and they might have ideas and thoughts that can help you,” she said

“And if they’ve been reading the emails and things like that, they’ll be in close detail on what’s happening with you and they might have some of the best advice you could be looking for it that moment.

“The other thing is that sometimes in those really, really tough moments, if you do need to get a little bit of capital together to push you through a tough moment, that’s not going to come from an outside investor that’s going to come from your current group of investors who have done their due diligence who know about you and who understand where you need to get to next.”

Fox says she wrote Reboot as a “personal post-mortem” on losing her business, and with it, the identity she’d had for a decade, and “what it feels like to go through that experience” and confront failure.

“I was kind of searching for that purpose. And to be honest, I still don’t know that I found it,” she said.

Fox wanted to add to the growing discussion on the pressures founders face including depression and imposter syndrome.

“I would love for us to have a place to identify with what failure is. So that maybe, as a community of people who are really out there in the arena, we can pull ourselves through it a little more quickly, or with the tools and understanding that come from sharing and normalizing what it is that a lot of us go through,” she said.

There have been so highlights in 2019. Fox has remarried and is expecting a child in early 2020.

Here’s our discussion with Jodie Fox for our new weekly podcast, The Problem Solved.

Previous article 8 investors reveal what they’ll be looking for at Antler’s Demo Day
Next article This co-working space for women is seeking $2.5 million from crowdfunding
Via Podcast
Tags Jodie FoxpodcastShoes of Prey