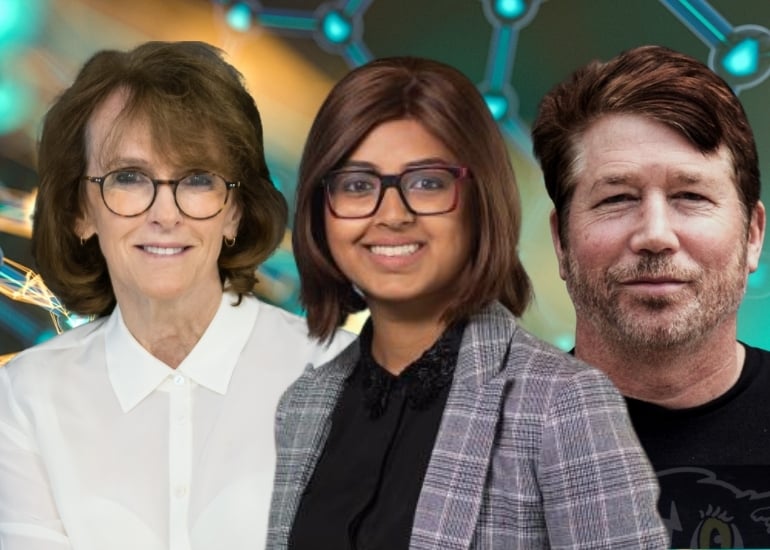 From personalising stem-celled derived therapies to revolutionising drug discovery and cyber security, Sydney is stepping into the global spotlight with transformative technologies that will reshape our world. This June, you’re invited to meet the entrepreneurs and startups behind these boundary-pushing ideas.

Transformative technologies refers to new tech innovations that solve scientific problems in our daily lives, from how we communicate (“Alexa; send a message to my partner”) to accessing medical treatment. Sometimes it’s using Artificial Intelligence, at other times via stem cells in laboratories. Ultimately, it’s about transforming the human experience through the power of tech.

Sydney is taking a lead role in this intersection between science and tech, with local startups, entrepreneurs and researchers coming together this June for the 2021 Visiting Entrepreneur Program.

Produced by the City of Sydney in collaboration with the local startup sector and technology industry, the Visiting Entrepreneur Program is a free series of virtual and in-person events giving you an inside look into how global entrepreneurs are launching and growing businesses in fields such as biotechnology and quantum technology.

From June 1 to 10, the program will feature 13 events with five global experts and a local lineup of deep tech innovators and disruptors. Whether you’re a tech startup, entrepreneur or investor, you’ll want to be a part of these forward-thinking discussions.

Kicking off with a (Big) Bang

With the COVID-19 pandemic highlighting the significant role of science in a global health and economic crisis, the Visiting Entrepreneur program’s online launch, ‘How Science is Transforming Our World’, considers the big picture. 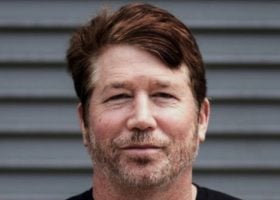 Po Bronson, Managing Director of IndieBio, the world’s leading science accelerator, will give the keynote address. IndieBio has accelerated more than 160 companies from 38 countries, now collectively valued at more than $3.4 billion.

Bronson has written seven bestsellers, including his latest Decoding the World: A Roadmap for the Questioner.

Joining the conversation will be Dr Cathy Foley, Australia’s Chief Scientist. Dr Foley was previously at the CSIRO, where she led the development of a quantum technology roadmap for Australia, titled Growing Australia’s Quantum Technology Industry. 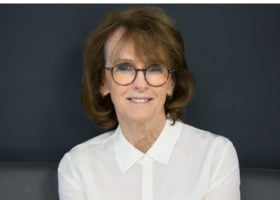 Together, they’ll explore the role of biological breakthroughs and emerging quantum technologies and what they mean for the world.

If you want to stretch your brain – and legs – even further, drop by for an in-person livestream and networking event, Rebuilding The World with Po Bronson at Cicada Innovations, South Eveleigh.

“Coach Po” will invite you to reimagine the world’s healthcare, energy and food supply systems in light of the challenges of COVID-19 and climate change. What if we started again? How can biotech and science rebuild the world?

The life-saving brains of biotech

Biotech has been front and centre in the development of COVID-19 vaccines and treatment. So what’s next? 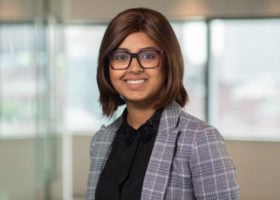 Nabiha Saklayen, the CEO and physicist behind Cellino.

The Promise of Biotech: Innovating to Save Lives online event will feature a panel of biotech founders making a serious difference in how we access healthcare and treatment. The keynote is by Nabiha Saklayen, CEO and co-founder of Cellino, a Boston-based biotech helping to make personalised cell therapies accessible for patients at a scale.

Saklayen will be joined by Sydney entrepreneurs Phil Hayes-St Clair, CEO of Drop Bio, a digital health platform focused on chronic inflammation; and John Kelly, CEO and co-founder of Atomo Diagnostics, a global leader in the design of medical devices for blood-based rapid testing for professional use and self-testing.

If you’re in Sydney, connect with other biotech founders at in-person events at Tank Stream Labs at Breaking Down Biotech: Real World Applications, a panel discussion with a deep tech accelerator founder, a nanotechnology expert, a research and commercialisation specialist, and a startup that’s creating actual meat from cells in six weeks.

Sydney is fast becoming a global epicentre for quantum technology, attracting one of the highest concentrations of quantum experts in the world.

The Sydney Quantum Academy, a NSW Government-supported partnership with Macquarie University, UNSW, the University of Sydney and University of Technology Sydney, has partnered with Cicada Innovations, a leading incubator for startups and scale-ups working on science and engineering innovations, to show the world the best of deep tech down Under.

Both are involved in Visiting Entrepreneur Program events that push the limits of what’s possible in this space, including an in-person and livestream event titled Quantum Leap: Startups Going Global, in partnership with the South Eveleigh precinct, where quantum founders will share how they attracted international investors and customers, and what your startup can do to join them. 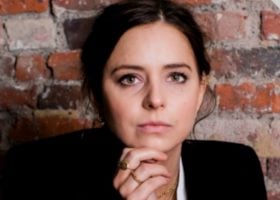 That panel will be joined by Ilana Wisby, founding CEO of Oxford Quantum Circuits, builders of the UK’s most advanced quantum computer and the only one commercially available in the country. Wisby will also lead an online-only session, In Science We Trust, investigating ethics and regulation in deep tech innovations.

It’s worth pointing out that four out of five signature event headliners of the Visiting Entrepreneur Program are female entrepreneurs in the fields of bio and quantum technology. Another trailblazer on that list is Rebecca Krauthamer, founder and CEO of Quantum Thought, Inc, as well as founder and Chief Product Officer of QuSecure, both global leaders in quantum computing solutions and applications.

Krauthamer will be the keynote speaker in the session The Coming Decade in Quantum Technology, discussing future possibilities of quantum technology and what it will take to get there. On the Forbes 30 Under 30 List, Krauthamer has expert knowledge in Artificial Intelligence and ethics – and she’ll be joined by local experts Vikram Sharma, founder and CEO of Canberra-based quantum cybersecurity company QuintessenceLabs, and award-winning Andrea Morello, Scientia Professor of Quantum Engineering, UNSW.

See the full program and book your spot at these free events at city.sydney/vep.

This article is brought to you in partnership with the City of Sydney.

Previous article THE GIG’S UP: Fair Work Commission’s finds Deliveroo driver was unfairly dismissed because he was an employee, not a contractor
Next article Proptech startup Rental Heroes raises $1 million seed round to go global
Via Other tech
Tags australian startupsbiotechnologyCity of SydneyDeep technewsquantum computing