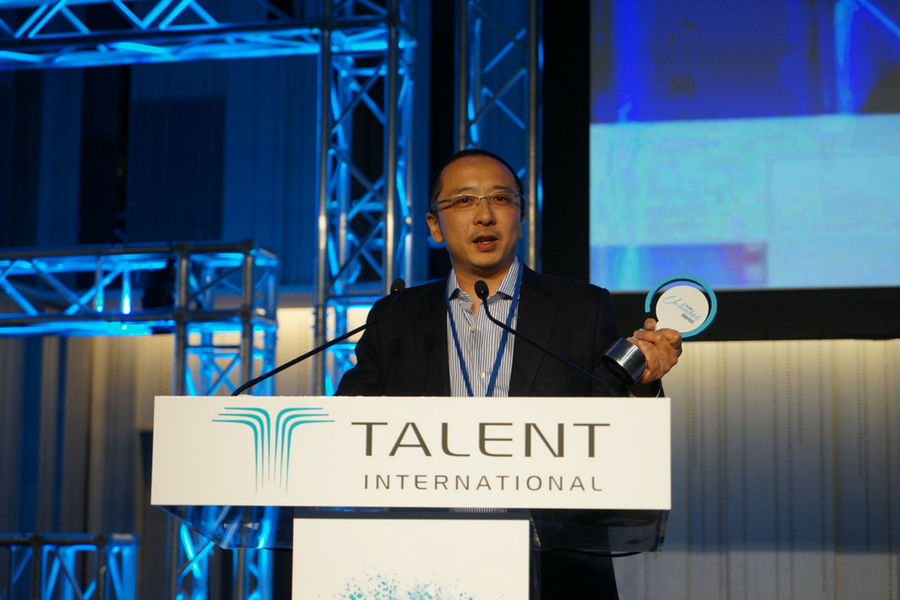 It may still be incredible to the rest of us who grew up with Walkmans or Discmans, but Gen Zers are growing up taking it for granted that they get to walk around with almost the entirety of all music ever recorded throughout history in the palm of their hand.

As if technology hadn’t advanced far enough already, it turns out that there are devices out there that can not only help you hear music, but tailor the listening experience to your ears.

Working on such devices is Paul Lee of Hong Kong company Aumeo Audio.

With the World Health Organisation finding in 2015 that nearly 50 percent of people aged 12-35 years old are exposed to unsafe levels of sound from the use of personal audio devices, Aumeo Audio is working to ensure that users are protecting their “most irreplaceable audio gear” – their ears.

A simple analogy Lee uses to introduce the concept of tailoring sound for each individual is “glasses for your ears”.

He explained, “Everyone’s hearing is unique, but all audio has been assuming everyone has the exact same hearing. Aumeo Audio takes an easy and accurate hearing measurement so conversation and music can be experienced in the best possible way,” he said.

With the Aumeo Audio team comprised of audiologists and engineers, Lee said they were able to see that each person’s hearing is the “final missing piece of the audio puzzle”.

“Our combined expertise allowed us to inject the best practices of audiology into everyday technology quickly,” he said.

The company’s flagship device is the Aumeo, a headphones personaliser. After plugging any wired headphones into the device, Aumeo works in conjunction with an app to measure eight frequency bands for each ear, and creates an audio profile based on a user’s measurements.

Despite the dangers around hearing loss, Lee said getting the message around tailored sound across to the market hasn’t been easy.

“I would say the biggest challenge has been consumer education; people don’t realise everyone hears differently.”

Helping to push the business was winning a Talent Unleashed Award in 2014.

“Most of the international awards we’ve won are well known to certain industries but lack widespread exposure. The Talent Unleashed Awards have a much broader appeal, particularly to investors and potential partners and customers in other industries,” Lee said.

“You wouldn’t believe the number of doors that open just for the selfies with Branson and Woz!”

Like other entrants since, Lee said the team first decided to apply simply because they were big fans of the judges, but found the process of applying helpful.

“For the application we had to answer a number of insightful questions. It gave us a chance to slow down and reflect on our purpose and values, which was rewarding in and of itself.”

Since winning its Talent Unleashed Award in 2014, Aumeo Audio has launched its first device through a successful Indiegogo campaign, raised funding, and is now selling the device online and in stores in Hong Kong, Thailand, and the Netherlands.

The 2017 Finalists for the Talent Unleashed Awards have been announced! Click here to find out more.