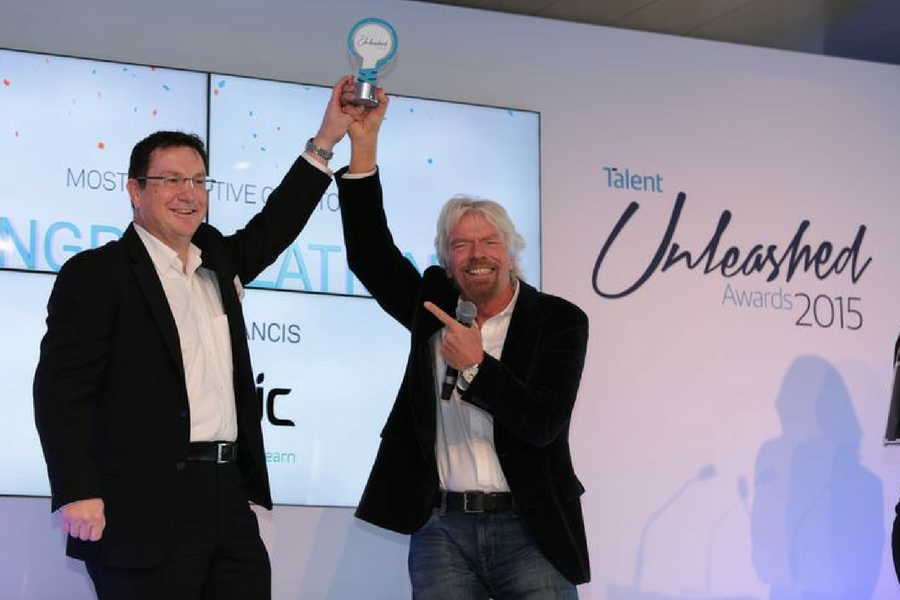 Sitting through an induction day may not be the most exciting part of starting a new job or getting up to date training in a role, but it’s a necessary part of the process. Forget sitting in a dull room with a stack of paperwork, though – like many other things in today’s world, this process is moving online, and Perth-founded startup Velpic is helping make this as easy as possible.

Born out of development agency Dash Digital, Velpic was founded by Russell Francis in response to demand from the local market.

At the height of the mining boom six or seven years ago, Western Australian mining companies were hiring thousands of new employees each week; with in-person inductions no longer feasible, Dash Digital was approached to build a solution.

“We decided rather than being a company that charged people for creating content, we would build the platform to allow clients to maintain their content themselves, and that’s where we sort of flipped it, that was the lightbulb moment,” Francis said.

After several years spent building up the platform, Velpic – Video E-Learning Platform in the Cloud – was launched in July 2014. Next came expansion.

“If you stay in WA, you are pretty much going to be selling to mining companies, so as we jumped out of WA we started to find all sorts of different industries. Now we have schools training their staff in occupational health and safety issues in the school environment, government departments training 25,000 people on government policies and things like that, and very sales-oriented companies,” Francis said.

“Any company with a diversified workforce, that’s where our tool really comes into its own because at any time you can just open up your mobile phone, and start doing a couple of lessons on your phone. We’ve been used in over 600 cities around the world, so it’s a very diverse application that can be used in any number of situations.”

As the company developed, Francis said a member of the Talent Unleashed Awards team approached him to encourage Velpic to enter the awards. For a few years Francis declined, believing the company wasn’t yet big enough, but in 2015 he was able to be convinced.

“Of course, it was a really attractive proposition, having judges like Richard Branson and Steve Wozniak look at our business,” Francis said.

“Validation is very important, and the ultimate validation for us is that people are prepared to put a hand in their pocket and buy our software, but external validation like winning an award like Talent Unleashed would be very good for our business, and and also good for our understanding that we’re on the right track as an early-stage startup.”

The startup was, at that time, gearing up for a reverse takeover as it bid to list on the ASX, which meant Francis had both an array of collateral to tap into as he put together his Awards entry, and was getting lots of practice at pitching Velpic.

“I was already talking to a lot of people about the business, but we actually had an unfair advantage in that we had the Velpic platform. I actually created my application in the Velpic platform as a video lesson and submitted that rather than a boring old Word document. We had a sexy application created through our own technology, so we were eating our own dog food and I think that helped us through that process,” Francis said.

Francis walked away with the Award for Most Disruptive CIO/CTO, which gave him both a sense of personal validation, and helped push the company forward.

“I never anticipated we’d get the response we did…the validation was very important as we were two to three months out from our public listing so it helped with the market assessing us as a potential company; at the time tech backdoor listings were very hot, so to have something that helped you stand out from the crowd was very important, and this certainly did,” he explained.

“[The award was also] validation of 25 years worth of work. We’re not football stars winning trophies all the time, so to have some external validation of your capabilities and the ideas you have and those ideas coming to fruition as a real product that you’ve spent a lot of blood, sweat, and tears on for years was nice.”

Since its win at the Talent Unleashed Awards, Velpic has listed on the ASX and raised $10 million to pursue growth – and grow it has.

From the early days where 200 lessons were being completed through the platform each month, Velpic is now seeing 10,000 lessons a month from over 100 clients, among them the likes of the Canterbury-Bankstown Bulldogs and News Corp Australia.

With entries for the 2017 Talent Unleashed Awards closing on August 31, Francis is urging startups to “absolutely get into it” and work hard on their entries.

“I think they want something that’s quite sincere as well. I don’t think they’re into people that aren’t passionate about their businesses, so you’ve got to bring the passion and bring the sincerity and show them something they haven’t seen before.”