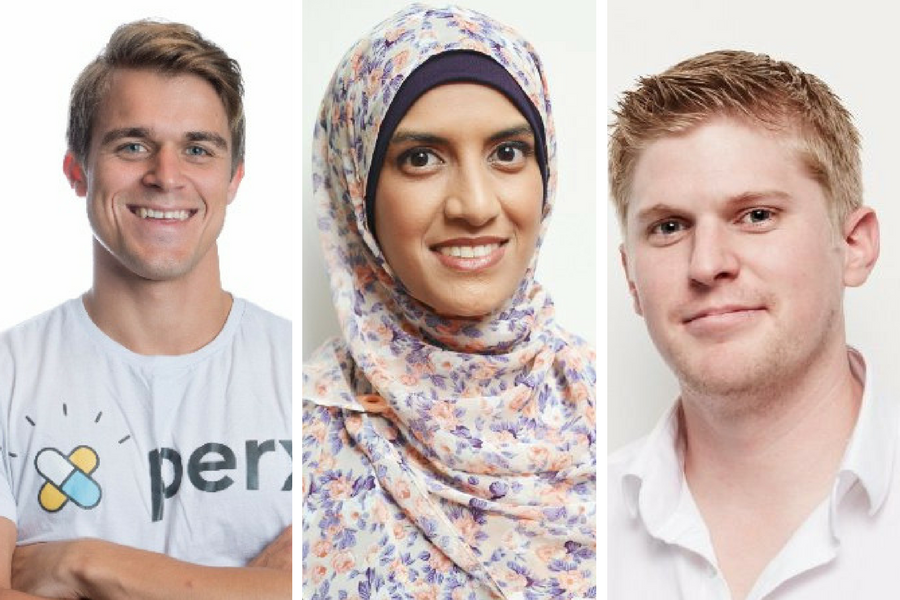 Heba Shaheed is the founder of The Pelvic Expert, an online platform providing education and solutions for women with pelvic health issues, including nutrition, exercise, and self-care advice.

The lack of education and awareness currently out there on women’s health issues and pelvic floor issues, so just trying to change the conversation or make pelvic health a common conversation so that women don’t have to continue to suffer in silence.

I’ve been there personally suffering from chronic pelvic pain, then saw my sister suffer from birth injuries as well, and the lack of education out there really fires me up because I want to make a change, I want to make pelvic health a common conversation so it’s not taboo anymore and women can get access to that high quality healthcare.

For me, the person I’m most inspired by is the person who taught me all that I know in terms of women’s health, Taryn Hallam, a women’s health educator. Most of the things I learned, and even getting introduced to the field, came through her. Women’s health physio is a very underknown field, and she’s brought it out by running courses in this area, so now there are a whole bunch of physios trained in this area whereas 10 years ago there weren’t that many.

Being a part of that Startup community and getting access to mentors to help us build a business model that’s scalable.

Another highlight was the access we had to the HCF strategy team; as part of the program we met with two people from HCF every fortnight, and being able to speak to them and build that relationship with them so that we’re able to hopefully do business with them in the future as well was really beneficial.

One of the biggest lessons was to start lean – it doesn’t have to be perfect, because you can always build upon that product, and keep building. You just need to put something out there so that you can show customers, referral partners, investors and so on something that’s viable. It doesn’t have to be completely perfect, you can perfect it with time.

Scott Taylor is the cofounder of Perx, a gamified platform looking to motivate people stick to their medication regime.

It comes down to people you work with day to day. We’ve got a great team at Perx who are all mission-driven, and in a startup that goes a long way; people aren’t there just because it’s a job.

I think everyone in our team has a personal experience with medication adherence, and we’re also driven by the stories of our users. We’re in the fortunate position where we’ve got users sending us messages and writing us reviews on the App Store on an almost weekly basis about the impact Perx has had on their life. People are literally saying, this app has changed my life, it’s changed how I feel about medication and my condition, and it’s making me feel positive about my condition and medication regime.

That was ultimately what made us pursue this idea: we knew that it wasn’t just a matter of whether we thought it was a good business idea or not, it was, if we can know what we’re doing and what we want the platform to be, it won’t just have an impact on us, but on a whole bunch of other people’s lives as well.

It’s rewarding to see that feedback and it makes it easier for me and the rest of the team to get up every day and do what we do, because we constantly get that great feedback from our users.

One of my former bosses, Bill Ferris, has been a stalwart in the Australian business community for many years, and effectively brought the venture capital and private equity industries to Australia back in the 1970s and 80s; he’s a very astute business mind and a champion for Australian innovation. He also has quite a social bent, particularly in health; he’s a known philanthropist and he’s been with the Garvan Institute for many years looking to promote innovation in the healthcare space. As a former boss of mine, I have to speak nicely of him, but he’s really an inspiring guy.

Another inspiration is Bridget Loudon, cofounder of Expert360. I was fortunate to be introduced to her early on in my own founder journey, and the stuff they’re doing there is truly globally game changing. She’s also always available to provide advice and guidance, even though she’s a very busy person day to day, and she has a great understanding of the Australian startup community.

It’s tricky to go past Demo Day. Rarely do you get the opportunity to present to an audience of 500 leaders in the healthtech community, investors, potential customers, and other entrepreneurs, so that was a big and exciting moment for our company. We received a signed first revenue contract as we were walking into the cinema to present, so it was a big day and a big night.

Another highlight was Entrepreneur in Residence Colin Kinner pushing us to launch our product earlier than we had planned to on the App Store. In that first week we received our first review, which was five stars, and it was very much in the vein of, I’m glad this product has been developed, I’m going to use it every day to take my medication. That was a great moment in itself; we had pushed ourselves to get it out early, so then getting that external validation much quicker and starting to learn about and from our users was quite exciting.

Constantly revisit your assumptions, both good and bad; it’s easy when you form an idea to come in with a lot of assumptions about what will work and what won’t, who will be interested and who won’t. I think you need to be careful with those preconceived notions, and make sure you’re not leaning into confirmation bias and developing in isolation. Catalyst pushed us to constantly revisit our assumptions.

The other key we took from the program is that execution is everything. We sat down on the first day and were told we should work on the basis that 100 other people globally are working on the exact same idea, so it’s all about executing on that idea.

My cofounder wouldn’t let me not say this – growing up I actually wanted to be a doctor or a dentist before I pursued the finance career. The reason for that is I have very shaky hands and I faint at the sight of needles, so I thought a career in investment would be more suitable, but now I’m running a healthcare company. It’s a bit of a full circle.

Tim McDougall is the cofounder of Curo, a startup working to help families and carers of elderly people monitor their activity and wellbeing unobtrusively. Through a system of sensors, Curo collects and analyses data to determine trends and alerts carers should there be a shift in a pattern.

What I’m passionate about is working on stuff that actually makes a difference; the stuff we’re working on right now is having a real impact on people’s lives, so absolutely every time we receive another a good story about how our product helps, that drives us.

I think in the last year or two there have been a whole bunch of businesses, particularly in the startup world, that are impressing me. I can just see there has been a drastic change over that time where Australians more generally have become much more entrepreneurial, so it’s been great to see people are trying to do more things. I don’t think people were doing that as much a couple of years ago.

We’ve partnered with HCF so I’m a bit biased, but another thing is seeing some of the bigger corporates like Qantas and HCF really trying to get in touch with the startup community has been really inspiring. It’s awesome to see the large corporates actually saying, we want to be more entrepreneurial and get involved.

Getting to know HCF and forming a partnership with them was a highlight.

I think our biggest lesson was a better understanding of corporate decision-making and how that differs from traditional VC firms. As a startup seeking investment, we got an eye-opening experience around how traditional venture capital firms would look at an investment vs a corporate entity; not that one is better than the other, but they are definitely different.

HCF were really good at guiding us through that process and the fact that it does look different. They had different expectations and requirements and things they would use to make a judgement as to whether we were something they wanted to pursue.

I have an Essendon membership.