Get to know a Lion Unleashed mentor: Alistair Venn, Managing Director of Menulog 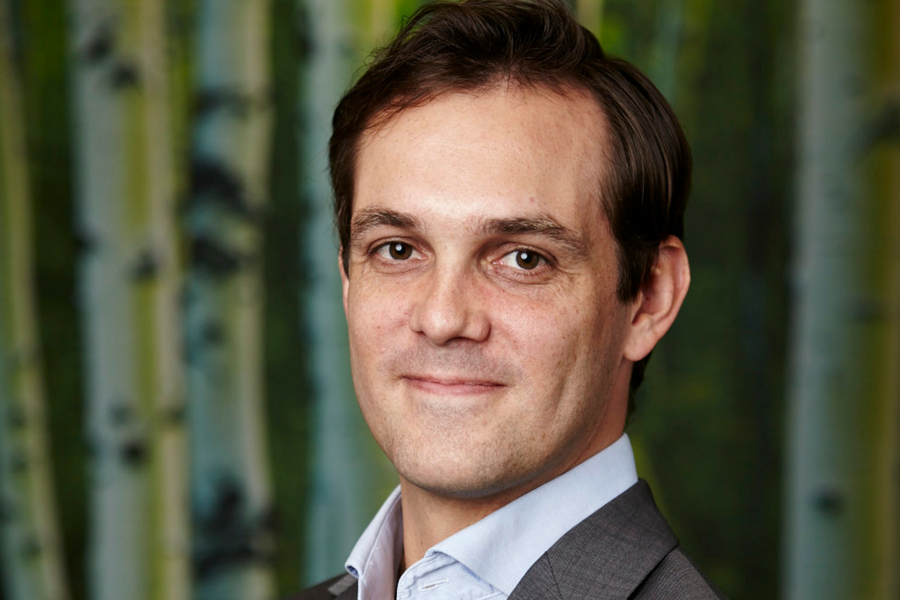 While he has just celebrated his first anniversary as Managing Director of food delivery business Menulog, Alistair Venn didn’t originally envision working in the food and beverage sector in Australia while at university in South Africa.

His original career goal, Venn joked, was probably “like any 21 year old boy, something about taking over the world”, but he studied engineering at university and worked across almost half a dozen different countries for companies including Siemens and Rolls Royce.

He then joined Groupon Australia and New Zealand in 2012 as managing director of sales before he was appointed CEO in 2013.

In this role, Venn helped the business re-focus on its value proposition to create a more customised experience for shoppers.

When the Menulog opportunity came, it was one he couldn’t pass up; more than ten years old already, Venn said the business had already achieved “incredible things”, but he wanted to explore its further potential.

“I really enjoy this stage within an ecommerce company’s lifecycle, where the initial craziness of a launch is over and an idea is clearly proven and the business is there and showing great potential. I really enjoy the part many people don’t enjoy, which comes after; the engineer in me loves coming into a business and helping it productionise, helping it scale to something really, really large,” he said.

“There’s just so much that needs to happen in terms of the type of people in the organisation and the structure of the teams. The processes and technology used are also very different in a business serving just short of three million customers rather than the first 300 or 3,000 or 300,000.”

The ability of a business of this size to make an impact also excites Venn: with Menulog delivering over $600 million worth of food last year, Venn said any changes or improvements made to the service will impact 10,000 restaurants and almost three million customers.

The impact of the Food and Beverage sector

The food and beverage space is one Venn believes has particular potential to impact customers, which is why he put his hand up to be a mentor in the Lion Unleashed program.

The scope for innovation in the sector is enormous, Venn said, and while “it sounds a bit ridiculous to say it”, the simple fact of the matter is that the opportunity comes down to one core thing: human beings need to eat every day.

“Most of ecommerce originally started in consumer electronics or within services like travel or insurance, but all of these purchases or transactions are really quite infrequent transactions; you only need to renew your car insurance once a year, most people are only fortunate enough to travel once or twice a year,” he explained.

“People need to eat every day, which means there’s an enormous number of opportunities in order to engage with customers and be able to digitise those experiences.”

The average human eats three meals a day, 365 days a year, giving a business more than 1,000 opportunities to engage a customer. On top of that is the fact that food and drink are “very emotional” things as well, Venn said.

“People derive a huge amount of enjoyment or fulfilment or a range of emotions from food, and it’s something we buy all the time, yet it’s something where we can have a great degree of personal engagement and satisfaction in the product,” he said.

The importance of having a mentor

Having worked across half a dozen different countries, Venn said he’s been lucky to be in living an era where technology has allowed him to easily keep in touch with people from all over the world.

While he has been fortunate to have coaches who can help tackle a technical problem, Venn believes it has also been helpful to build mentoring relationships with people from a variety of levels of experience and industries to broaden his understanding and point of view.

“I see the coaching relationship to be quite different to the type of networking relationship that’s helping you to get your next job; it’s more showing you how to do things and discussing challenges on a far broader level,” he said.

While the best relationships tend to come organically, Venn said that in some cases it’s important to be the one to reach out and actively start building a network.

“There are situations where you’re in a new role or challenging situation where you do feel a bit lonely and it’s good to have that network as quickly as possible of people you can talk to and get advice from,” he said.

Venn also believes there are significant benefits for mentors in building relationships, and as new ideas come to the fore in Lion Unleashed, Venn said he is looking forward to learning from the Startups that will be chosen to take part.

“When you’re responsible for running a business or something like that, you find your thoughts drawn very very strongly all day every day to the specific set of challenges and opportunities that come with running that business,” he said.

“Having the privilege to mentor other people helps you to think about different problems and see businesses at different stages of their life cycles, so it provides a greater degree variety. I’d also like to argue it actually helps the coach to do their job better because it breaks them out of some of the day to day a little bit more. I really love it.”