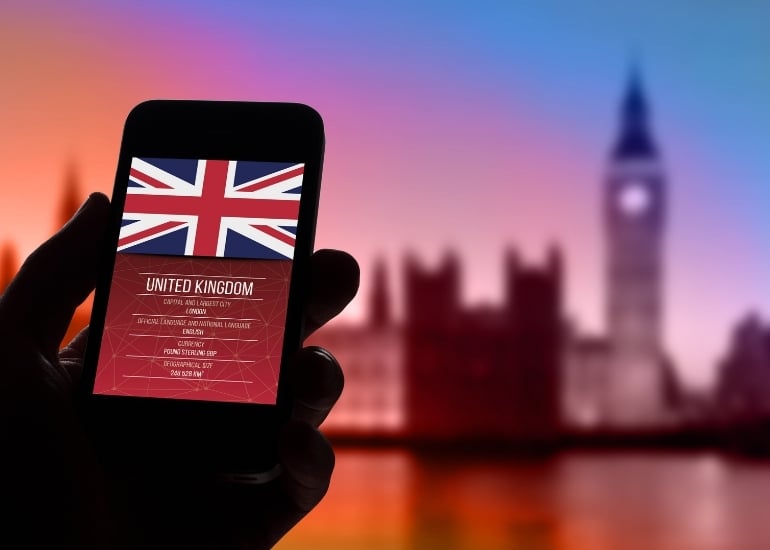 There are a number of incentives for Aussie and Kiwi tech companies actively looking to expand to the UK. Adobe Stock

The UK is proving to be an effective ecosystem for growth and innovation for Australian and New Zealand tech companies looking to expand internationally.

The proof is three Melbourne entrepreneurs, Dennis Volodomanov, Dmitry Levin and Leon Kosher, whose idea, KISA, a simple-to-use mobile phone to meet the needs of the elderly, disabled and visually impaired launched in 2013.

Seven years later, after winning a spot at London Tech Week 2020, Europe’s largest technology festival, they set up KISA in the UK, subsequently securing a mobile network deal with the UK’s Abzorb to expand across Britain.

It’s this appetite for innovation that’s making the UK an attractive proposition for Australian and New Zealand startups looking to take that first step into international expansion. To find out why, Startup Daily spoke to Louise Cantillon, British Consul-General & Deputy Trade Commissioner APAC (Australia & New Zealand) to crunch the numbers and hear about opportunities for local startups to join London Tech Week.

Investment and innovation in the UK tech sector hasn’t slowed down due to COVID-19. In fact, it’s sped up.

According to The future UK tech built: Tech Nation Report 2021, there was a 21% increase in climate technology and agritech companies in the UK in 2020.

“The UK tech ecosystem has demonstrated remarkable resilience and growth in 2020 despite the challenges of the COVD-19 pandemic,” Louise Cantillon said.

“We are now focussed on building back better and becoming a truly Global Britain, which will help create new opportunities for businesses.”

The numbers speak for themselves. UK venture capital investment is the third highest in the world with a record high of US$15 billion – ahead of India, Germany and France. London alone has attracted more than A$13.6bn worth of investment in 2020, the fourth highest behind San Francisco, Shanghai and New York.

“The UK has a strong innovative ecosystem and was ranked fifth in the world for innovation in 2019,” Cantillon explains.

“This is supported by generous government funding and incentives for Research & Development (R&D).”

Finding talent in the UK

With four of the world’s top 10 universities based in the UK, there’s no shortage of top-class talent.

The tech sector is particularly promising. There are more than 1000 AI companies, 600 investors and 35 tech hubs and research institutes across the UK. Tech also employs more than a fifth of workforce in the UK’s biggest cities.

The largest tech cluster is in Tech City, East London. This hub is home to a pool of at least 357,900 developers, more than any other European city (based on 2019 figures).

Why Australian startups should expand to the UK now

Cantillon lists numerous benefits, both economical and cultural, for Australian startups thinking of expanding into the UK.

“This is an exciting time for the UK-Australia relationship and businesses that operate in both markets,” she said.

“We are currently negotiating a UK-Australia Free Trade Agreement. This will enhance opportunities for collaboration in digital, innovation and research and development.

On a broader level, the UK has one of the lowest corporate tax rates in the G20 and offers generous tax and innovation rebates to assist business growth and support investors.

But it’s not just the financial incentives that make Australian businesses succeed in the UK.

“We share similar cultural nuances and a common language as well as rule of law and business and legal practices with Australia,” Cantillon said.

That edge helps Australian businesses find their customer bases and do business in a way that’s familiar. It’s certainly a formula that has worked for Australian-born companies like KISA and ProjectPay – and a few other tech heavyweights you’ve probably heard of.

How to get started in the UK

The first port of call would be the UK’s Department for International Trade (DIT).

DIT offers free and confidential support for Australian and New Zealand companies looking to expand to the UK, both locally and in the UK. They can help make introductions and connections to the tech ecosystem including industry bodies, partners and other successful startups.

“We are a connected ecosystem with industry bodies such as TechNation, who are responsible for connecting the entire ecosystem and entrepreneurs/C-Suite are generally supportive of working with startups that have great products or ideas,” Cantillon says.

For Australian and New Zealand startups looking to expand, the UK’s Department for International Trade London Tech Week Virtual Mission has opened up applications to be a part of one of the world’s most influential tech festivals.

Taking place from September 20 to 29, 2021, London Tech Week connects innovators and entrepreneurs with industry leaders to accelerate growth on a global scale.

Cantillon encourages Australian and New Zealand tech startups to join the mission, saying that the DIT is looking for applications from “exciting technology companies solving real-world challenges that are ready to expand their business and increase their revenue in international markets, in Digital Health, Future Technology, EdTech, CreaTech and Impact Tech”.

Through roundtables, activations and networking events, participants get the chance to collaborate with more than 750 of the world’s most respected tech founders, global leaders, senior investors and rising stars.

Last year, 130 Australian and Kiwi delegates participated in the virtual trade mission. The mission has helped brands like KISA get a foothold into the UK market.

Applications are open from June 22 to August 6.