Why collaboration is key to innovation 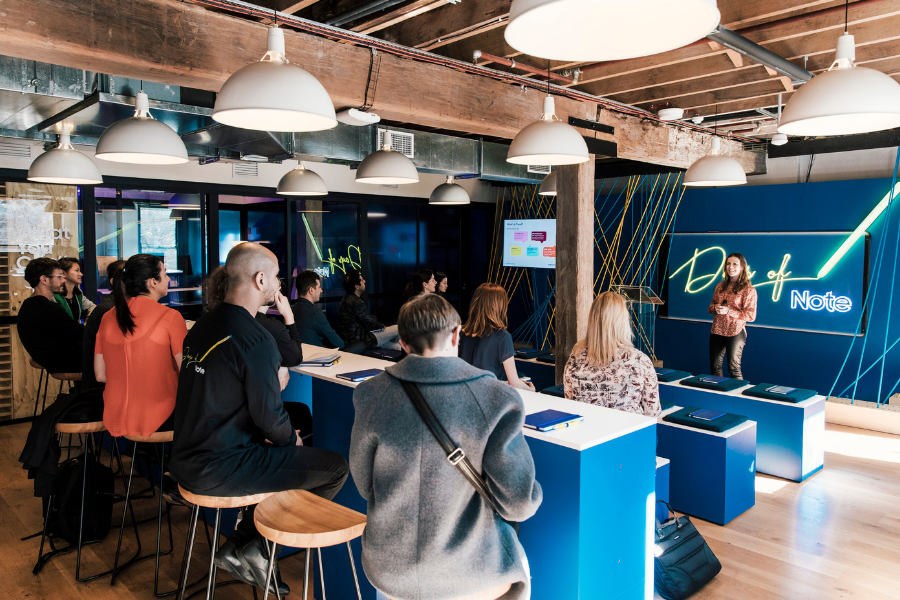 From the advent of the telephone to the creation of the automobile, the television, and all the way through to the launch of the smartphone, innovation in technology has often resulted in consumers simply being presented with a shiny new toy and adapting their lives as they begin to use it.

While these have sometimes been innovations we didn’t know we needed that, nonetheless, we now we can’t live without, the tide is shifting: technology is becoming far more responsive to people’s lives and needs than ever before.

Founded in 1969, Samsung Electronics has been at the forefront of innovation for 49 years – and learned a few lessons about what the process of innovating looks like along the way.

Key to the company’s approach to innovation is an understanding that the customer is absolutely key: as shiny as a product may be, technology and innovation only means something when it plays a meaningful role in the life of the user.

Powering this approach is Samsung’s extensive work with customers through the product development process to understand their needs and wants for a piece of technology, and how it fits into all aspects of their lives – and as the distinction between work and play blurs with the rise of the side hustle and remote working, this is particularly key.

Among the flagship results of this approach is the Galaxy Note9 which, paired with Samsung’s wider product portfolio, exemplifies how a product can be developed and refined to deliver greater capabilities to users.

Beyond just making calls, browsing social media, answering emails, or watching Netflix, the Galaxy Note9 also allows users to escape and immerse themselves in a virtual reality experience by adding a GearVR, use DeX and pair their device with an external monitor with a USB C to HDMI adaptor to work in a desktop-like environment, and more.

In its efforts to build on the capabilities and functions of its Galaxy product suite Samsung also recently announced a range of programs that are designed to   enable greater collaboration with startups in the developer community. At its recent Developer Conference in San Francisco, Samsung showcased a foldable screen and discussed the future of mobile technology, as well as the launch of a range programs designed to support the way developers can utilise Samsung technology.

With gaming a skyrocketing market, Samsung announced the Galaxy GameDev program, featuring Vulkan API and GPUWatch. Vulkan API equips developers with the right tools to deliver a high-quality gaming experience, offering stunning performance, while GPUWatch assists developers in their monitoring and measurement of performance between Vulkan and OpenGL ES.

Samsung has also made it easier than ever for developers to code on the go with the release of the new Linux on DeX app.

Linux on DeX allows developers to access a PC-like Linux development environment wherever they may be, enabling them to work on both Android and Ubuntu-based Linux distributions with only a monitor and USB C to HDMI adaptor cable.

Samsung provides a modified version of Ubuntu for Linux on DeX users, and has been working closely with Canonical, the company behind Ubuntu, to provide the best experience.

As the use of artificial intelligence grows, Samsung also revealed Bixby Developer Studio, a collection of tools allowing developers to easily integrate intelligence into various products and devices.

Developers will be able to easily create Bixby Capsules, or features or services created for Bixby, and make them easily accessible to consumers in the Bixby Marketplace, for example, with the Bixby platform allowing developers to easily adapt their capsules from smartphones to devices across the Samsung product suite.

– Catch up on the Keynotes and Developer Sessions from Samsung Developer Conference 2018.