How Cisco helped coworking community Fishburners up its tech game 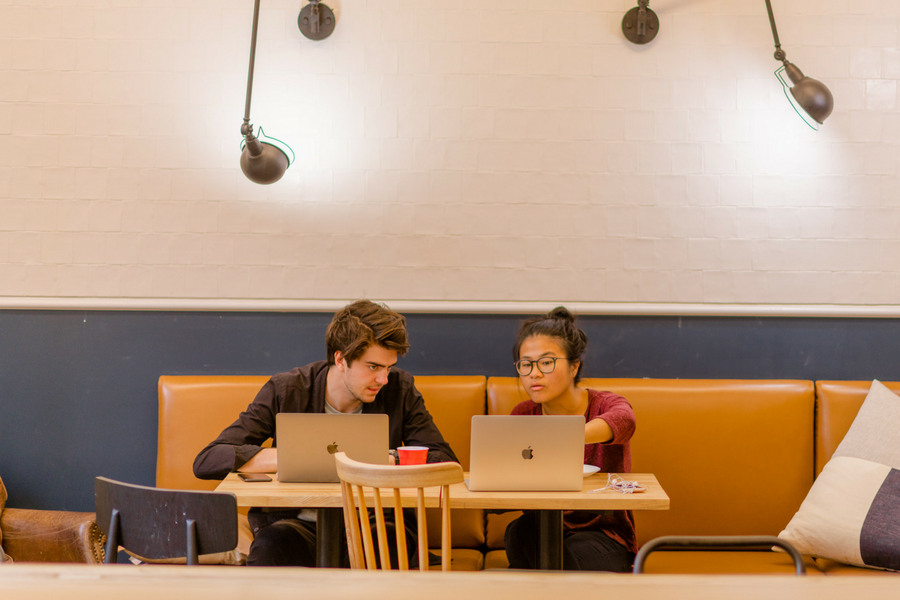 Coworking space Fishburners saw over 400,000 guests come through its doors to attend events in its seven years on Ultimo’s Harris St, many of them connecting to the space’s free wifi so they could live-tweet the proceedings to their heart’s content.

This would be a goldmine for any organisation looking to build up their community database – except Fishburners didn’t have the tech in place to take and collect the details of those coming in and using its internet.

This was part of a wider problem: that the technology and systems powering Fishburners were essentially a patchwork quilt of hardware that had been picked up here and there and sewn together over seven years.

“I think we picked up our first router off the street,” said Henry Weaver, city manager at Fishburners in Sydney.

“Because we are a not-for-profit, it was very much the first members getting together in a room with around 30 desks, and it was almost just put together with masking tape.”

Though members would lend their support in any way they could to build the space and community – this central to the Fishburners ethos of paying it forward and sharing your expertise with fellow residents – the reality of the patchwork tech system often left something to be desired.

“Put it this way: if it rained too hard or if it was too hot, our internet would shut down and we would have to wait for the provider to come out,” Weaver said.

“It was an absolute nightmare for us. Having internet at Fishburners keeps Fishburners running, and it becomes a riot if it’s not.”

This all changed last December, when the organisation took up residence as an anchor tenant at the NSW Government’s Sydney Startup Hub in Wynyard.

Expanding its community of around 200 to 600 across two freshly-fitted out floors, the shift to the CBD has allowed Fishburners to up its tech game: working with Cisco and Optus, the coworking space has graduated from systems hacked together to a state-of-the-art set up ensuring its residents have all the tools they need at their fingertips to start and grow their own businesses.

The Fishburners network is underpinned by Cisco’s Meraki system, a portfolio of networking devices managed from the cloud to keep everyone online and connected. With Meraki boasting a wide variety of features, Fishburners is working closely with Cisco to tailor the system to its own particular needs.

This is part of Cisco’s wider shift in focus from the enterprise market to the fast-growing small business and startup sectors. According to statistics from IDC, the SMB sector is growing 7.5 percent per year – organisations ignore it at their own peril.

For Fishburners, the impact of its upgraded tech was instant.

“Obviously, we’ve raised our game in having Cisco and Optus involved; we now have 32 access points around Fishburners, and we’ve not had one drop out,” Weaver said.

“It’s ridiculously fast. Most people go with the wifi, but a lot of the engineers are connecting directly; we’ve got some startups that are tracking one million points of data, so the internet needs to be quick.”

Along with the Cisco Meraki system, Fishburners has also been utilising collaboration platform Cisco Spark, which facilitates simpler meetings, messaging, and calling, and its integrated Spark Board.

The Cisco Spark Board looks to replace the conference room’s video screens, whiteboards, cameras, and microphones in one touch-based device that allows for easier collaboration, no matter where a team member may be working from.

Underpinning it all, of course, is a focus on security.

Given the tech Fishburners was previously working with, Weaver is excited about the possibility of working with Cisco to ensure Fishburners is making the most of the Cisco Meraki and Cisco Spark systems and all that the Cisco Start portfolio has to offer.

While an internet connection that doesn’t drop out is exciting in and of itself given what the space was previously working with, Weaver is particularly excited for Fishburners to start leveraging powerful data to help it, in turn, better help its startups.

“From a management point of view, the Cisco Meraki software gives us a lot more opportunity to actually understand how to best use the internet that we have,” Weaver said.

“Data is something Fishburners has always done from its startups’ point of view, such as tracking what investment they’ve raised and jobs they’re creating. Meraki and the Cisco software now gives us an opportunity to have our own data and start working out what we can actually start using.”

A good place to start? Capturing data from the thousands of people streaming into Fishburners each week for events.

“Getting event data is a really big win for us, because it’s something we’ve never done,” Weaver said.

“It’s a bit of a game changer; we’ll be able to use that data for marketing purposes and community purposes. For seven years we haven’t had that.”