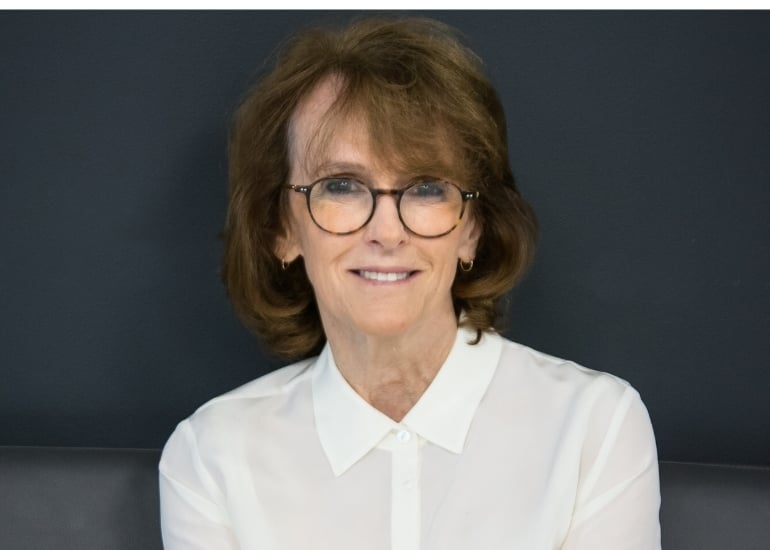 Her distinguished 35-year career in science with the CSIRO has been focused on exploring magnetics and superconductors. Her experience spans pure research to commercialisation and revolutionised the way mining companies detect ore deposits.

With quantum computing set to revolutionise the digital economy, earlier this month, Dr Foley discussed the possibilities with Po Bronson, Managing Director of IndieBio, the world’s leading science accelerator, in the online event, ‘How Science is Transforming Our World’.

The discussion was part of the 2021 Visiting Entrepreneur Program produced by the City of Sydney in collaboration with the local startup sector and technology industry and featured  13 events with five global experts alongside local deep tech innovators and disruptors.

We spoke to the nation’s Chief Scientist to try and wrap our head around what quantum technology is and how it will transform us.

We began by asking Dr Foley about how big the quantum revolution will be.

“Quantum computing is going to be the next ‘step change’. Think back to various technological revolutions – steam in 1700s, electricity in the 1800s. The last two – computing in the 1900s and the internet in the 2000s – have been based on quantum technology,” she said.

“Quantum computing will provide a step change by being able to carry out certain types of calculation that could either not be solved at all, or would take much longer to solve by a classical computer. For example, in 2019, Google used a quantum computer to carry out a specific calculation in seconds that would take a classical super computer 10,000 years to complete.”

The surprising thing is that it’s not new technology. The first quantum revolution to change our world emerged in the wake of World War 2.

In 1947, the first discrete transistor was invented. Nearly 75 years on, we now have 54 billion transistors in a single microprocessor. And just as Australia has been at the forefront of so many computer technologies – think WiFi courtesy of the CSIRO – Dr Foley sees enormous national potential across a wide range of industries.

“Australia has been a pioneer of quantum technology research and development for almost 30 years, supported by sustained and significant investment from government, research and more recently from multinationals. It is one of our most promising growth opportunities to create new markets, new applications and new jobs in Australia,” she said.

“Commercial applications of these technologies are beginning to emerge, and Australia is one of the world’s leaders. For example, quantum properties are already being used to power incredibly accurate atomic clocks, and magnetic imaging devices that are used for medical diagnosis.”

The depth of Dr Foley’s understanding of that potential is already part of the national blueprint. She led the development of the CSIRO’s quantum technology roadmap, which consulted nearly 100 stakeholders to develop a consensus vision for the local industry, also putting a figure on the economic benefits.

“The successful commercialisation of quantum technologies in the field of computing, sensing and measurement and communications could create a new high growth industry to the tune of $4 billion dollars of revenue,” Dr Foley said.

“It also has the potential to enable decades of economic growth and job creation – estimated at up to 16,000 jobs by 2040 – and support productivity growth and enhanced security across a range of industries.”

At stake is a slice of a global quantum pie predicted to be worth $86 billion by 2024.

“Australia is home to some of the top quantum technology companies in the world, developing technologies like quantum-enhanced cybersecurity solutions (such as QuintessenceLabs), unique quantum computing technologies (like Silicon Quantum Computing led by 2018 Australian of the Year Michelle Simmons), quantum tech for medical imaging (LuciGem), and precision timing devices for diverse applications (Cryoclock),” Dr Foley said.

Australia’s Chief Scientist said it’s only the beginning of the quantum transformation, and it’s now up to a wide range of sectors to build that success.

“To capture value from local innovation and position our domestic quantum industry for growth and success, coordinated effort will be necessary,” she said.

“Positioning this sector for success in Australia will require coordinated effort by governments, research agencies, universities, investors, end-users and more.”

This article is brought to you in partnership with the City of Sydney.