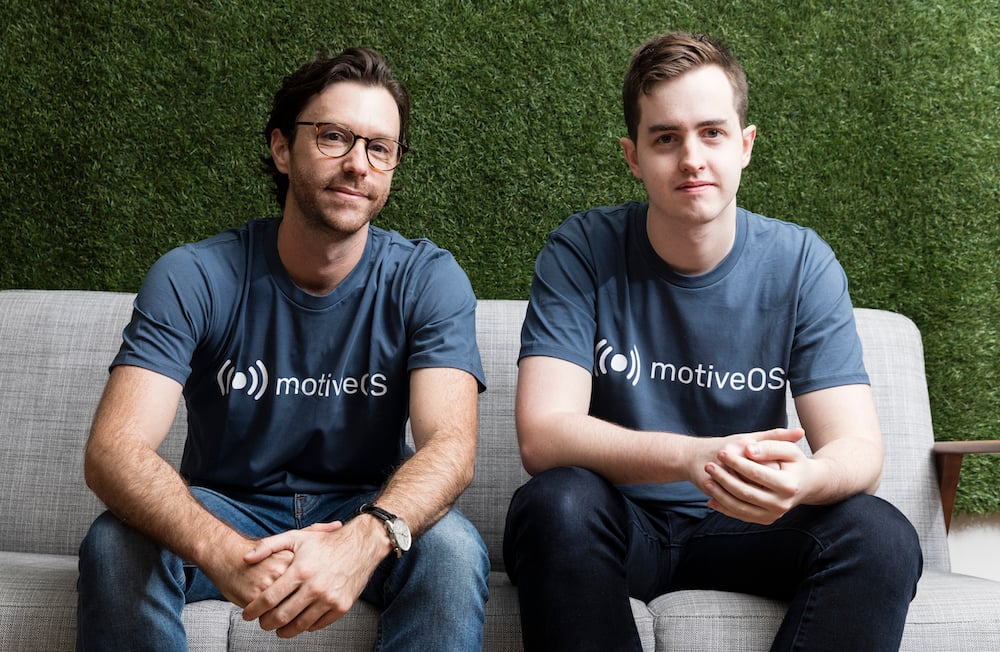 Despite the fact that $800 billion is spent on sales compensation annually in the US alone, the process is still being managed by legacy enterprise software or complex spreadsheets that quickly outgrow their purpose.

Alexander Green, co-founder and CEO of motiveOS, is building a real-time commission app that provides accuracy and visibility to the sales, finance and management team, and automates the entire process for the business by integrating with tools you already use, automating commissions, with full audit history and dispute resolution and providing best practice templates, contextual suggestions and benchmarking across industries.

“It uses common tools your teams already use today, such as CRMs, accounting and billing platforms, to automate calculations for sales commissions and speeds up month end payroll for the finance team.”

The result is that motiveOS makes sales more effective straight away.

“Calculations can be done instantly, rather than the hours it takes to manually run payroll in excel spreadsheets,” Green said.

“In this way, we can offer better visibility to sales teams and drive consistent sales behaviour to promote growth. It also reduces overheads and provides a single source of truth.”

MotiveOS also saves time in the set up phase.

“Other sales performance platforms can take months or weeks to onboard, whereas motiveOS is planning to be a self service, product focussed business making it easy for any growing business to leverage the power of incentives,” Green said

The co-founder started his career in construction project management for high-end developments in London, and prior to joining Antler where he launched motiveOS, was the co-founder of HANDS HQ, a leading SaaS startup for creating risk assessments and method statements.

London provided Green with a stepping-stone into the software world and taught him about business, projects and people.

“I studied architecture and developed an interest in historical buildings, so I went to London,” he said.

“I then co-founded a PropTech startup in London where I drove the commercial team and was struck by the inconsistent results of commissions and the payroll nightmare when it came to the end of month. This was a problem I faced personally and it turns out after many discussions, most founders, heads of sales or finance teams were also experiencing the exact same issue.”

At Antler, Green met his co-founder and CTO Linton Ball. He’d worked at some of Sydney’s leading tech startups as a senior software engineer, including Shootsta and Five2One,  and a previously co-founded a company.

But Antler provided the biggest value to this team exposing Green and Ball to a vast new network.

“As a returning founder from London, Antler provided huge value to me by providing me access to their network of investors and a rapid ability to find the right co-founder,” Green said.

“For my own personal growth, I love the self-actualisation that comes with company building and working with amazing people.”

MotiveOS is currently in the discovery phase and have started onboarding initial beta customers, with a wider launch happening in August 2020.

“We have already integrated our app into Hubspot, Pipedrive and Salesforce,” Green said.

“We have $500,000 in investment and are looking to secure a further $500,000 to double down on product and expand our team to six before a potential Series A and expansion overseas in late 2021.”

“Next stage is to acquire more partners in this area and a maniacal focus on the product, since we’re trying to make a very complex problem simple.”

Following that will come a focus on marketing and sales and the possibilities that come with global expansion.

“MotiveOS is a global platform from day one, with huge scope and opportunity,” Green saids.

“The difference of motiveOS is that it uses a bottom-up instead of a top-down approach. This way, it provides a complete picture.”