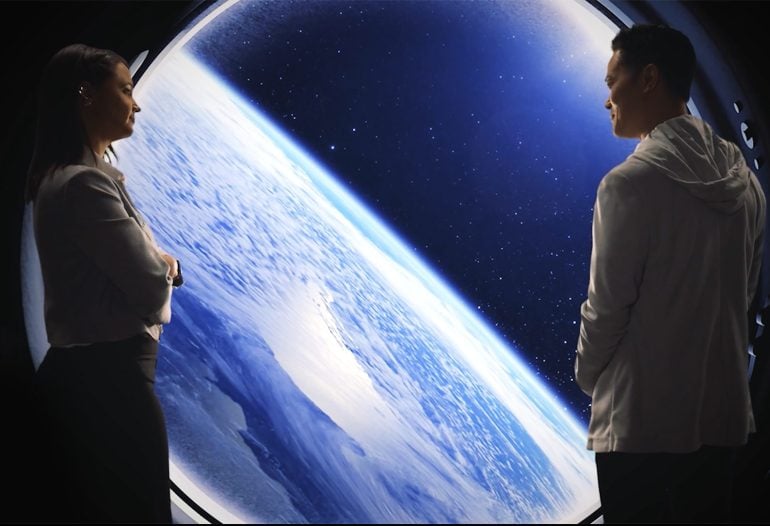 That Startup Show, the Melbourne-based webseries and podcast, returns for a new six-part season this Thursday, November 18.

Series 3 is exploring the metaverse with the theme “reboot the world” from a virtual spaceship vibe for hosts tech journalist Rae Johnston and cultural commentator Benjamin Law.

Exploring the complexities of a post pandemic world, the duo’s core question is: Will we imagine a new world that will support our long term survival in harmony with ourselves and our planet?

That Startup Show CEO Anna Reeves, said the series has evolved with its environment.

“This season we’ve delved into reimagining  post COVID life in a unique virtual world, built from the ground up to show perspective on Earth’s challenges,” she said.

“If there is one thing that recent events have shown, it is the cracks in our systems. With courage, political will and re-directed resources, it’s inspiring to think we can deploy STEM to help create innovative solutions to the significant challenges of this decade. That’s what people of Earth are pushing for and that’s a whole new kind of ground up leadership we’re excited to see emerging, especially as we innovate towards a future which belongs to everyone.”

“It brings together many disciplines in arts, technology and science to focus on the future of storytelling, NFTs and ethical world-building with empathy at the core,” she said.

The show’s chief creative officer Ahmed Salama said the world’s longest and strictest lockdown forced them to reimagine the show.

“When COVID forced our city into the world’s strictest lockdown, we had to rethink what it meant to create stories, and how to communicate in a world where our virtual and physical presences are converging,” he said.

“This catalysed the development of our platform, which allows new forms of storymaking and communication in the metaverse. That Startup Show serves as a prototype of what’s to come for creators.”

The new season of That Startup Show will be released weekly from November 18 on Theta TV, the online streamer platform which features NASA’s space expeditions and research. You can watch a teaser trailer here. The show is supported by LaunchVic.