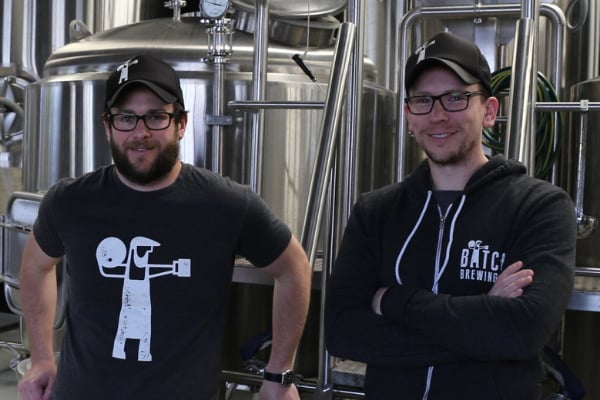 Batch Brewing Co, from Sydney’s Inner West, has raised $1.5 million in an equity crowdfunding raise through Equitise just a day after the campaign went public.

With a day of the two-thirds of the funds already pledged on the day the campaign opened, it closed fully subscribed just after lunch on Good Friday.

The raise values the business at $14.6 million. The Batch Brewing Equitise campaign attracted more than 2,000 expressions of interest before launching, then hit its minimum funding of $500,000 within hours for a minimum investment of $250 at $1 a share.

Launched in 2013, Batch has two breweries in Marrickville and Petersham, 7km southwest of Sydney’s CBD, and despite the impact of the coronavirus pandemic over the past 12 months, managed to generate $3.3 million in revenue for FY20 selling over 345,000 litres of beer.

Revenue in FY21 sat at $2.27 million at the time of the capital raise, and most importantly, the business had a net profit before tax of $226,000 pencilled in.

The business has grown with minimal capital thus far, although last year Batch’s original pool of 10 angel investors were given the opportunity to sell their positions through private transactions at a 285% increase in value. A handful took the deal, but most stayed on, with the venture now valued at $13.1 million.

Batch beers are sold online through Batch’s e-commerce store, in a mix of independent and chain bottleshops, including Woolworths and Coles-owned stores, and is on tap in 100 venues.

Having hit capacity, co-founder Andrew Fineran the company is raising capital to scale nationally. The first phase will be rolled out in NSW expanding to new cities, with longer-term plans for an additional large scale brewery, or multiple medium scales breweries, as well as new venues interstate.

The Australian craft beer industry hit $842 million in sales in 2020, and there are estimated to be around 1,000 craft beer breweries nationally.

Fineran, who came from a marketing background in big breweries, said they had been “blown away by the engagement with the offer”.

“Community is at the heart of everything we do here at Batch Brewing, so when it came to raising capital to scale, we knew we wanted to invite that community to join us as co-owners,” he said.

The success of the Batch Brewing crowdfunding raise follows other record-breaking campaigns in recent weeks, with SME fintech Thrive raising $3 million in 3 days on the Birchal platform and Facebook alternative LITT scooping up $500,000 in investment in just 60 minutes

Previous article Australia’s ‘space command’ could be a force for good — or cause for war
Next article Facebook’s latest data breach: what happened and why it’s hard to know if your data was leaked
Via Funding
Tags Batch BrewingCrowdfundingequistisenews