In shuttering Our Little Foxes, its founders honed in on their vision and community’s needs for a future business 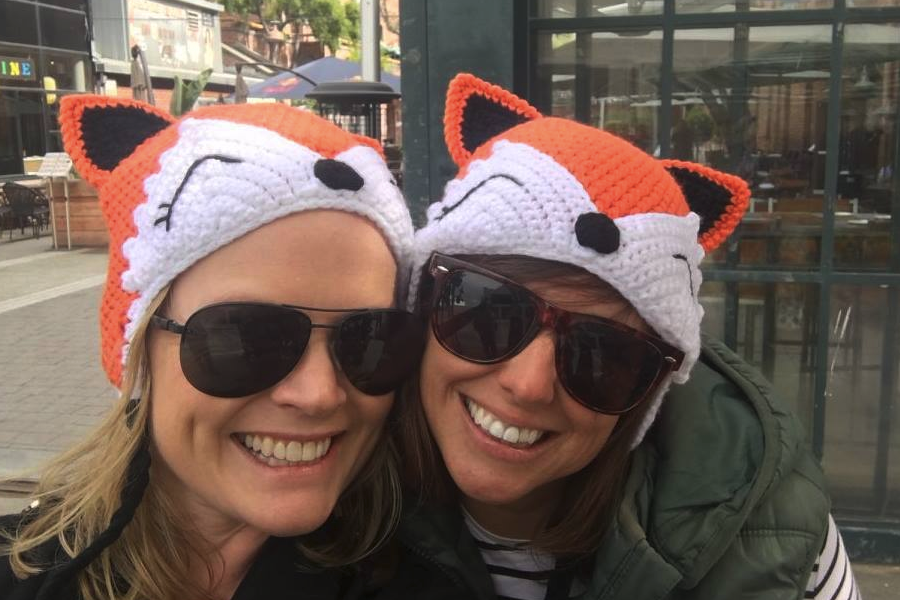 Most startups fail – the most widely-touted stat out there puts the figure at 90 percent. While there are a handful whose deaths make global headlines, like your Juiceros or Yik Yaks, the majority of that 90 percent die in relative anonymity.

While it officially shuttered off screen earlier this year, the key challenges that would eventually lead to the closing of Sydney company Our Little Foxes were chronicled in a documentary series, Dream Academy, which followed the third Sydney intake of the muru-D accelerator program last year.

Creating and sending out monthly subscription boxes full of creative activities for kids aged up to 10 years old, the startup was founded by Phoebe Adams, Donna Armstrong, and Luis Lequerica in 2015.

This model followed a pivot from the original idea, a platform that would help men buy gifts for women. After 100 people signed up to a landing page launched to gauge interest for the new offering, the trio decided the new idea would stick and got to work.

Our Little Foxes was then accepted into the third muru-D intake, which kicked off in early 2016, and raised $100,000 in funding from Sydney Seed Fund soon after.

Though some may think a cash injection means all is rosy within a company, reality was anything but for Our Little Foxes.

As it went through the muru-D accelerator, the startup had to deal with problems around its product, having received complaints from customers that boxes were being delivered damaged. Combined with some issues around its payment model, the startup saw its churn go up, losing 200 subscribers over six months.

At the same time, cracks in the founding team began to show, and Lequerica made the decision to leave the company.

While the fallout was captured on the show, Adams and Armstrong said not everything was presented, with the cofounders having made the decision to keep as much of the emotions away from the cameras as they could.

“I think you didn’t see what we were going through that led to the cofounders leaving, there were performance issues, emotional challenges that really put a lot of strain on us as people but also as business owners, so you didn’t see that kind of emotional baggage that came with those things,” Adams said.

“That was very, very real for us, and having people leave wasn’t because they just decided to leave, it was because we were having real, real challenges…it was really hard.”

For Armstrong, Lequerica’s departure and the circumstances around it was emblematic of the reality of startup life vs corporate life.

“You don’t stop or sleep for a second and think you can relax. Every second you switch off, you then think you’re not doing enough, you’re not succeeding.”

Having a cohesive team aligned around values, Armstrong and Adams discovered, is crucial.

“You need to think, what are the values, more than just what are the skills, we need to make this happen? What are the values they stand by and live for? Do they get the vision, is this going to work? If there’s only three of us in this for the next three years, in the trenches 24/7, what does that look like?” Armstrong said.

“As people saw of us, we spent more time together than we did with our families. You’ve got to be in it, and you’ve got to be willing to ride the highs and lows together and come out stronger, and if you’ve only got a team of four and one or two people aren’t doing that, that’s hard work, and the business gets left behind.”

The impact of a fragmented team on a startup, business-wise, can carry on to impact a founder’s family.

“Those things are important for people that want to be founders to understand; it’s not just a job, it’s everything. We put so much money and time into it. Our families packed boxes, and we’ve still got craft supplies in our home. It was a full family affair, 24/7.”

Following Lequerica’s departure, Adams and Armstrong worked to pivot the Our Little Foxes product once more.

They began by going back to their core values and the original vision for the company – to buy families more time together – after realising that while kids were enjoying the boxes, they were doing them alone rather than with their parents.

So Our Little Foxes moved to encourage parents to spend time with their kids on bigger, more collaborative family projects; Adams launching the #7minutes7days pledge at the muru-D demo night, asking parents to put their phones down to truly be present with their kids for seven minutes a day for seven days.

With this, the company shifted from boxes to content, emailing subscribers with ideas for activities they could take part in with their kids, each activity aligned with a defined outcome for the child, such as building confidence.

From here Our Little Foxes ran a community event for families at Luna Park, bringing the content offline: the event offered activities and challenges, like a treasure hunt, to allow parents the opportunity to work with their children.

Despite the changes and their passion for the vision, Armstrong and Adams eventually decided earlier this year they had taken Our Little Foxes as far as they could, and that it would be best to both serve their devoted community tackle the idea of bringing parents and children closer together with a brand new vehicle.

“I think our biggest achievement is that we really built a community of people who cared about the business and what we were doing, and believed in what we were trying to achieve,” Adams said.

“In the program we had a lot of feedback that our boxes weren’t good enough, we weren’t making enough changes, our purpose wasn’t strong enough, but actually, we achieved a lot. When we stopped sending boxes and closed the business, we had some really upset customers who didn’t want us to stop…having built that, that feels like success to me, it feels like we can walk away with our heads held high, because we built something that people really loved, and we took people on the journey.”

Adams agreed, “I look back now and Foxes is just a massive stepping stone in what’s to come, and though the next thing isn’t yet clear, that was a huge step to where we’re going.”

Whatever comes next, Adams and Armstrong know they will be tackling it together.

You can watch all of Dream Academy here.