The segments healthtech and biotech investors are putting their dollars towards 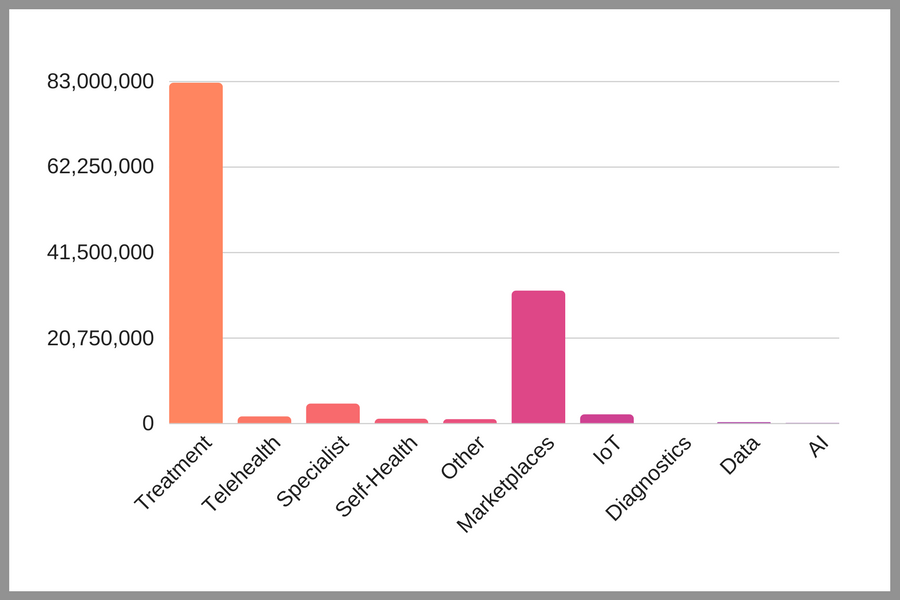 Startups in the wide-ranging Australian healthtech sector have raised more than a combined $165 million in funding.

Rather unsurprisingly, leading investments in the space feature a lineup of startups working with treatment solutions, who together make up nearly a quarter of all healthtech startups based locally.

Treatment startups have raised a total of $82.6 million, led by the Sydney-based GenesisCare. A provider of heart, sleep, and cancer treatment technology, the business has raised nearly $38 million to date in a single round led by Advent Private Capital.

Also securing funding have been treatment startups Nano-X, which has developed a smart radiotherapy machine, and Breathe Well, the startup behind a device that provides cancer patients with breath hold instructions to reduce the risks of radiotherapy.

Generating the second largest portion of healthtech funding are startups in the marketplace segment, which have raised a total of $32.1 million. Skewing this segment ahead of others, however, is Perth-based startup HealthEngine, which offers an online booking platform for medical appointments.

HealthEngine has raised over $30 million to date, most recently closing a $20.3 million Series C round with participation from a group of VCs including Telstra Ventures and Seven West Media.

OncosRes Medical, a Western Australian startup which has developed an imaging technology to assist surgeons, holds onto the majority of investment within the segment, with the business having raised $4.45 million earlier this year.

Looking at the biotech space, startups have raised a total of $87.8 million, with more than half of the funding helmed by Protagonist Therapeutics, which has developed orally-stable peptides that can be used to treat diseases.

While currently listed on the ASX, the Brisbane company raised over $50 million before going public, beginning with a $6 million Series A round back in 2006.

For comparison, Australian pharmaceutical startups have raised a total of $15.8 million. 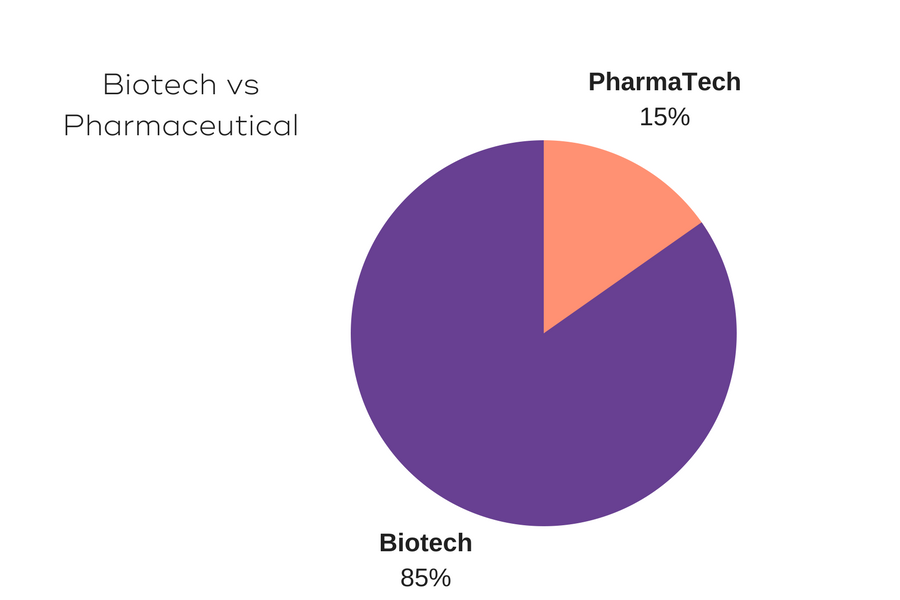 Although greatly lower compared to biotech, a larger number of pharma startups have gone through acquisitions over the years, including RadPharm and Fibrotech Therapies, which was working to develop a drug for the treatment of fibrosis in kidney disease.

Helping startups in the space commercialise their ideas are government initiatives such as the Biomedical Translation Fund.