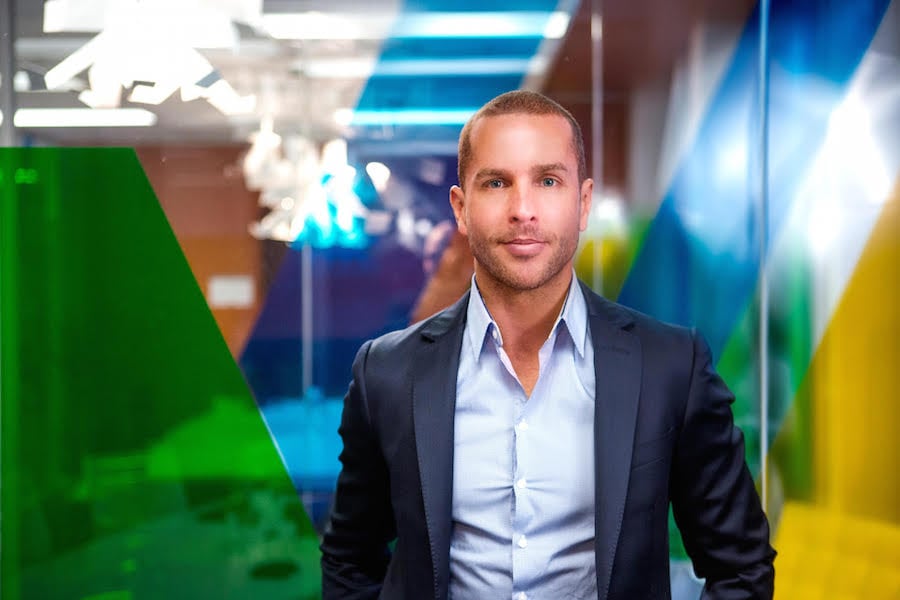 As the saying goes, in order to succeed you first need to fail. That was certainly the case for Nick Bell, who spent three years on a skincare business that never quite took off before launching a web marketing company that now turns over $45 million a year.

Bell, who had dropped out of uni after six weeks, started the skincare business at 24. The idea for the switch came when he was looking for an agency to do SEO work for his website in 2008. When he couldn’t afford the quoted prices, Bell realised that his business wasn’t doing all that well. So he decided to start his own internet marketing company, Web Marketing Experts. He had an order for $10,000 of work within his first week.

“I had to learn SEO very, very quickly myself. I just studied, tested SEO on my own sites, and wrote up some blogs. I was just doing SEO by myself with a bit of help from overseas. I was the account management, the tech, the sales, basically everything,” Bell said.

Eight years later, the company Bell started in his bedroom employs 450 staff globally and has over 4000 clients with budgets ranging from a couple of hundred dollars to $30,000 a month. Web Marketing Experts has also become a one stop digital agency, providing services including SEO and SEM, social media, and web design and development services.

The company has grown quickly thanks, in part, to overseas expansion. However, Bell said his decisions on expansion haven’t always been strategic. Of WME’s launch in Singapore five years ago, he said, “At the time, I was very naive and had no idea what I was doing. I just woke up one morning and thought, ‘Why don’t I build the business in Singapore?’ So I went to Singapore, had no idea, had no office set up, no staff, just went over there.”

He spent a few months recruiting staff and the business began to take off; Bell saw that while there were a number of competitors in Asia, no one company was doing an excellent job.

“All I did was take my processes from Australia, the formula that I used here, and replicated it in Asia. Then I trained my staff here in Melbourne for a year and sent them to work in the Asian offices, so they learned everything the WME way,” Bell said.

The one big difference Bell noticed between the ways of doing business in Australia and Asia is the Asian preference for face to face meetings. Other than that, he said Australian businesses shouldn’t worry about their model not working in Asia.

With the company having since expanded into Hong Kong, New Zealand, Dubai, and the US, Bell said the biggest challenge has come from the US, with the amount of competition making things “enjoyable but tough.”

Each overseas branch is run by a general manager, who is given equity in the company. All the services offered by the company worldwide are completed in-house rather than having anything outsourced, with Bell passionate about the WME way and giving his employees all the skills and tools they need to succeed.

“We try to hire smart, young, talented people. They get what we’re trying to do, they can work fast, they understand it. I look for people with amazing common sense,” Bell said.

WME’s Melbourne office alone is home to 180 employees, with 6 in the Sydney office, and the other 200 or so employees spread around the world. To keep energy and spirits up, WME runs social events every week, with staff also given gym and yoga memberships.

“We try to run a really healthy and fit culture. I want my staff to be happy, we’re paying people so if we make sure that people are happy, they will stay with the business to grow. It’s that simple,” Bell said.

He admitted that managing Gen Ys fresh out of university can sometimes be a challenge compared to working with more senior staff, with different management styles required, but said that’s “that’s part of the fun and games of it all.”

Bell is also an investor, having invested in a number of external businesses and new businesses created by his staff, who he encourages to pitch him ideas. The fastest growing of his other companies is an app development agency called AppsCore, which has been named by both Telstra and Samsung as an Enterprise Partner.

So how does Bell keep on top of everything? Well, for one thing, he says he doesn’t sleep all that much, but other than that, he believes the key to success is delegating – each overseas WME business has a manager who runs the company and gives Bell a weekly overview – and, in turn, hiring people who can keep on top of their work and hold themselves accountable. Each staff member is given KPIs to meet, and assistance to help meet them if needed.

“One of my big pieces of advice for entrepreneurs is hire very good people and have a sense of urgency in business. Have things done today not tomorrow. That’s very important. If your client emails you, respond immediately, don’t wait until tomorrow. You need to get things done. That’s one of our strengths. We’re very big on service, very big on being ahead of the game,” Bell said.

The next big step for Bell and WME is the upcoming launch of a branch in China, where the main search engine is Baidu and the majority of users don’t speak English. He’s looking forward to the challenge.