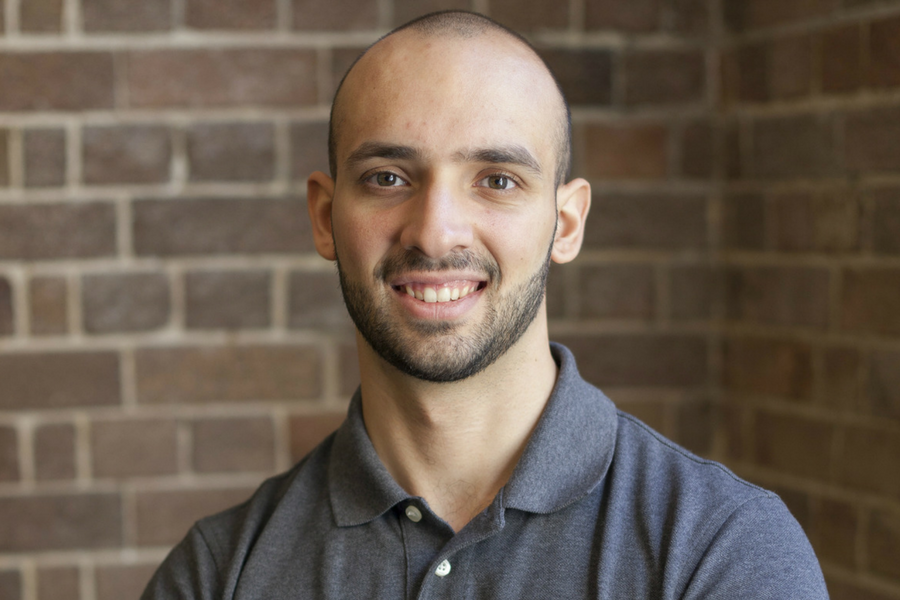 Deliveroo was in the headlines again over the last few days, with the British startup raising US$385 million in funding. It came after the business last week published its 2016 accounts, revealing it lost £129 million, with its revenues of £128.6 million costing £127.5 million to achieve.

As it turns out, despite the buzz around on-demand startups, running a business that requires managing logistics is difficult for everyone, whether it be big guys like Deliveroo and Uber, which posted a net loss of US$645 million on revenue of US$1.75 billion in its second quarter earnings report, or smaller players like Sydney startup HowAboutEat, which recently shut down operations.

Founded by Giovanni Ravone and Serg Metelin, the business emerged out of a challenge run by Westpac and BlueChilli in 2015. After realising the difficulties of their original idea, for a platform allowing users to order products and services in bulk, the cofounders narrowed down the service: texting customers three lunch options each day and, if they replied with a simple ‘Yes’ to one of them, delivering it to their workplace for a $1 delivery fee.

“At the end of the day, the underlying concept was still the same; we were taking advantage of the density of people in one place, in this case the office, and therefore the delivery logistics were a lot more efficient because we would deliver a lot of meals to one place and therefore we could push the price down,” Ravone explained.

The startup launched its pilot program after getting a couple of employers on board and have them push the service out to employees to ensure that density before then going to employees themselves. For the first few months, Ravone delivered lunches himself while tech cofounder Metelin worked on the platforms.

“I was learning about the logistics side of it, developing the relationships with the restaurants, learning about the pick up experience, the ordering, and on the other side I was checking what the experience was on the customer perspective, looking at how we could improve the actual delivery experience,” Ravone said.

“It was great because it was really startup 101, getting out there to understand your customers’ needs. That two month period really helped us understand the issue and also actually validate that it was something people would want to use.”

Having collected data around user demand and preferences throughout the pilot period, the cofounders were able to show off their numbers to investors, and raised $250,000 in seed funding.

While still a significant chunk of change, $250,000 is a relatively small sum for an on-demand startup that must manage logistics, Ravone said. The likes of Deliveroo launching into the Australian market just a short time after certainly didn’t help either, and HowAboutEat wasn’t the only local startup to feel the pain – the launch led to the demise of Sydney on-demand food delivery startup Danny Burrito.

“When we started there was only Menulog and Suppertime, but as Deliveroo, Foodora, and UberEats launched, we saw customer acquisition, especially online, becoming more and more expensive because users were being bombarded by food delivery marketing all over the place,” Ravone said.

“It was scary, definitely, especially from an investor’s perspective, because they knew things were going to get expensive. On the other end, though, it kind of forced us to be a bit smarter about the way we were doing business.”

Staring down these cashed-up giants, Ravone said HowAboutEat chose to make the most of its niche.

“Then, and still now, these other services focus on home dinner delivery. From an experience perspective, you need to go on an app and you’re going to choose the restaurant, so it will take a while. Then even from a pricing perspective you have to pay delivery, so we knew we were in a position where we could attack a different segment of the market,” he explained.

“In theory, you didn’t have much time at work to go and scroll through menus for 15 minutes, so that’s where our chatbot was a lot more appropriate for an office environment; you would just get a message asking, ‘how about this?’, you reply yes, and it took two seconds.”

In considering how to get to its target market, HowAboutEat focused on on-the-ground marketing.

“We were lucky because we knew exactly where our potential customers would be at a point in time; we know people get to the office between 8.30 and 9.30am, so we’d distribute flyers at the entrance of big companies we wanted to target with an initial promotion to try the service,” Ravone explained.

“We also had a very effective referral program where, as someone signed up in an office, they were very incentivised to invite other colleagues to join the platform because they were in physical proximity, right beside you in the office, that was effective. It helped us grow a lot.”

While Ravone said the startup was growing “relatively fast”, with double digit growth per month and expanding into new areas across Sydney, it soon became clear that it wouldn’t be able to grow fast enough with existing resources.

“It was very hard to raise funds because the market had become very crowded with just food delivery in general and for investors it became a lot more riskier proposition to trust us to fight with these huge guys. Although we were looking at a different segment of the market, of course someone could still choose one of those guys for lunch,” Ravone said.

“I’m taking responsibility, not blaming the environment, but probably a similar stage company to us in this space maybe in northern Europe would probably have raised $1 to $2 million at the same stage, where you have early validation, while we raised $250,000.”

For an on-demand startup, Ravone said, it wasn’t enough; looking back, he said the cofounders had underestimated just how much money a company has to burn to become efficient in an on-demand environment.

“It was just two of us and we were doing delivery, logistics, sales, development, design, marketing…when it’s a software company only it’s maybe better to have a smaller team, because you can really focus, but when you have a logistical service it takes up a big part of your time to just look after the logistics, and you don’t have time to look at the bigger picture,” he said.

“That was the main challenge as we grew. It was a constant daily focus to think, tomorrow we’re going to have to make more deliveries than yesterday so we need two more delivery people starting from next week so sort that out, and we need restaurants who can cook more meals, and then we were also expanding geographically across Sydney so we needed to acquire new restaurants in those areas, and at the same time we were trying to build the platform to accommodate that growth.”

The decision to shut HowAboutEat down wasn’t an easy one for Ravone, particularly because he and Metelin still “truly believe in the idea”, but he admitted timing and location weren’t right.

“At the end of the day it took a long time for us to decide to stop operations because we could have done it earlier but we really pushed until the last cent, trying to raise more money. We literally stopped because we had to stop,” he said.

While the journey has ended, Ravone said he’s proud of HowAboutEat. Having expanded beyond the Sydney CBD into suburbs such as Mascot and North Ryde, where workers weren’t exactly spoiled for lunch options, he believes it provided a valuable service for customers.

Ravone is also proud of the fact HowAboutEat managed to bring on a fleet of around 25 casual delivery drivers.

“At the end of the day, managing the team was actually one of the best parts of the experience, because we were actually providing work and an income to these people. Being an entrepreneur and having your own company, knowing you’re giving work opportunity to other people, that was a great feeling,” he said.

Also important was managing the relationship with the startup’s investors, who Ravone said were always in the loop with what was going on.

“They knew we had pushed until the very end, as long as we could, so they knew what was coming, or they definitely knew the process we were going through, and they knew all the risks that were involved if we weren’t going to be able to raise. They were aware of the situation and had been for a long time,” he explained.

“That’s a lesson I learned…because we overshared with them, they also knew we had given all we had and had looked at all potential options. Because they knew we had done literally all we could, it wasn’t as tragic and awkward as it might seem. It wasn’t dramatic at all.”

In considering his next move, Ravone thought about the other big lesson he learned: think very carefully about what it will actually takes to run a particular service when you’re starting a company.

“I would definitely not start another on-demand company without enough funding, I know what that takes now,” he laughed.

Instead, Ravone has taken a role at Uber, but one day hopes to launch another company.

“The adrenaline and all those feelings that you get when running a company, I want to experience it all again, but I’ll come to it from a different perspective and I know things now that will help me a lot in the future.”