Live your life with a bias towards yes, says former Olympian Jeremy Bloom 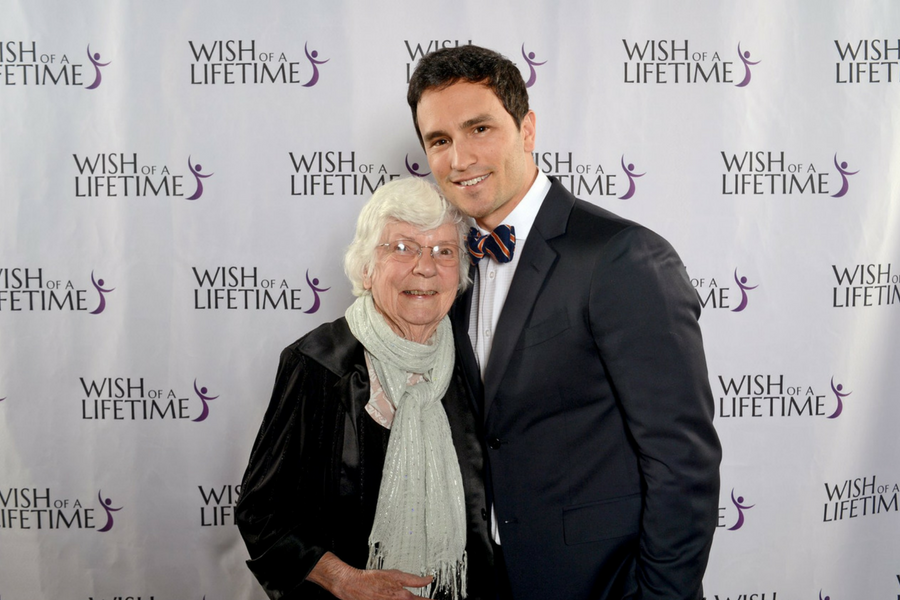 He was an Olympic skier and world cup gold medallist, an NFL player for the Philadelphia Eagles and the Pittsburgh Steelers – but these days Jeremy Bloom is best known as a tech entrepreneur, having founded tech marketing company Integrate, and as the founder of Wish of A Lifetime, a not-for-profit which grants wishes for senior citizens.

Formed in 2008, Wish of a Lifetime has bestowed 1000s of wishes to seniors all across America. Bloom says he was inspired to form his non-profit by his grandfather, a feisty old man who encouraged him in all his endeavours.

“My mom wouldn’t let us eat any sugar, but my grandpa was the direct opposite, He’d pack his pockets with chocolates and throw them down the bunny slope and say if you’re good enough to ski to them then you can eat them,” Bloom fondly recalls.

Indeed Bloom’s childhood recollections are bursting with warm memories of his grandparents who came to live with his family when he was still a lad. Growing up in an extended family gave Bloom an early appreciation for the elderly.

“I love that WWII generation,” he declares.

“They are passionate, compassionate and inspiring – they have lived through so much and seen so much,” he says.

“We live in such a fast-paced youth-oriented world I think it’s important to take a moment to recognise the value these septuagenarians and octogenarians bring with their wealth of knowledge and lived experience.”

Bloom’s decision to start a non-profit may come as a surprise to anyone that had studied his career. The two-time Olympian whose athleticism allowed him to pivot easily from sport to sport seemed slated for a lifelong career in the industry. But it was whilst playing in the NFL that Bloom took the opportunity to attend the prestigious Wharton University and earn an MBA. When a hamstring injury forced him to retire from football in 2008, Bloom was already contemplating a new trajectory with Wish of A Lifetime.

It was after granting the wish of a ninety-year-old woman, Nancy, that Bloom turned his focus full-time to Wish.

“Nancy’s daughter was dying and they lived on the other side of the country from each other. They would talk on the phone every day but Nancy was terrified she was going to lose her daughter without being able to say goodbye,” Bloom recalls.

“Here I was skiing and playing football – and living this easy life and I couldn’t fathom the impact this one easy small trip had made and meant to Nancy. It was stronger than any gold medal. It was at this moment I retired from sports and focused my energy on Wish of a Lifetime.”

Since then Bloom and his charitable organisation have gone from granting four wishes in a year to a wish a day. Amongst his favourite was that of 97-year-old Olive who wanted to see the future.

“She wrote to Wish of a Lifetime and she said: ‘My wish is to see the future. I want to go to Google and learn all the interesting things they are doing to shape the future.’

“Imagine that,” Bloom marvels. “Here is a woman who has gone through so many changes, she’s lived in a world of no electricity, no radio, no TV, of horses and buggies and she wants to go to Google to see a self-driving car. To be that intellectually curious at the age of 97 is incredible.”

Bloom tells KBB one of his favourite elements of Wish of a Lifetime is the opportunity it provides him to converse with these people.

“I often ask them what do they regret and what would they change,” he says. “And the one thing that resonates unequivocally is that they would all say, live your life with a bias towards yes.

“They would say ‘my parents wanted me to be this or do that, so I did it. I wish I would’ve lived my own life and experienced more’. ‘I wish I would’ve told myself to relax and enjoy the journey I’m on’.”

It’s a lesson Bloom has taken on board. “It doesn’t have to be all gold medals – take a deep breath. Carve your own path,” he adds. “Never stop moving. Never stop being engaged with the world.”

Bloom was a keynote speaker at Myriad 2018.

Image source: Wish of a Lifetime.