Industry segments that have raised the most money in NSW 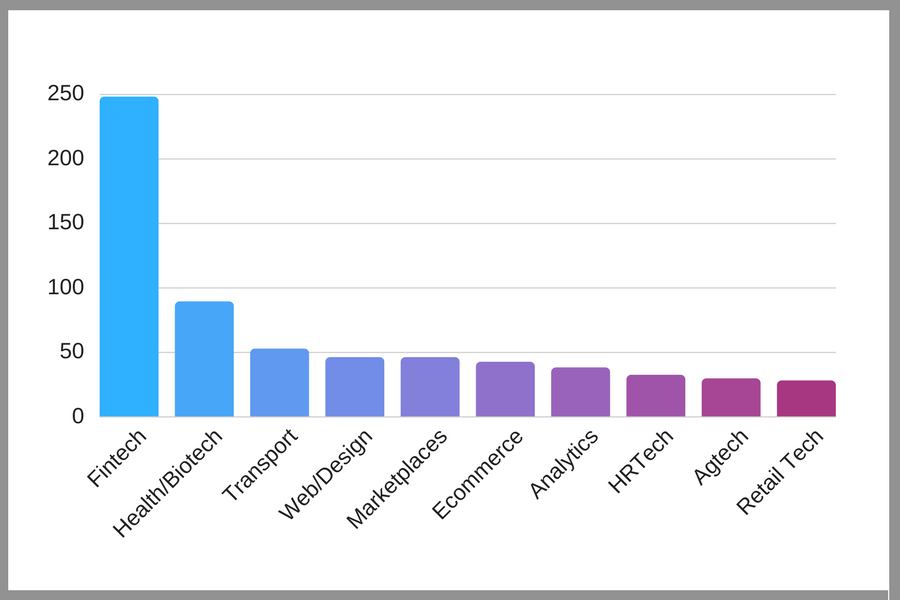 Thanks to the booming total investments wrapped up by Sydney startups such as Prospa ($96.6 million worth, to be exact), it comes as little surprise to hear that fintech startups top the charts as the industry segment that has raised the most capital.

Most recently the online lender raised $20 million debt facility from Silicon Valley’s Partner for Growth (PFG), news which came only a few months after the startup closed a $25 million funding round led by Airtree Ventures.

In NSW, fintech startups have raised a total of $248 million, a reflection of a continued interest from investors in the industry. Ranging from credit platforms to online investment backed by machine learning, there are a total over 40 above startups in the state working with financial technologies, a list which looks to grow alongside the rise of financial advice apps targeting millennials such as PictureWealth and Finch.

Sitting behind fintech is both the health and biotech segments. Championed by Saluda Medical, a healthtech working with neuromodulation therapy (PNT), which applies electrical stimulation to relieve low back pain, startups in the industry have raised a total of $89.2 million.

Accounting for startups such as Shippit and Zoom2u, the delivery industry is the third highest industry segment in NSW for total investments. At $52.6 million, the sector follows only a few million ahead of the Web/Design and Marketplace industries, which both lie at $46 million.

Filing the vast majority of investment in the Web and Design sector is Canva, which has raised nearly $46 million total to date. The Marketplaces segment, however, holds agent discovery platform OpenAgent as its highest largest investment, with the startup securing roughly $16.1 million since launching in 2012.

As the agricultural industry experience growth thanks to increased government interest and support from new programs such as Sproutx, the NSW agtech sector has received a total investment of $29.5 million, roughly $1.5 million ahead of the Retail Tech sector. 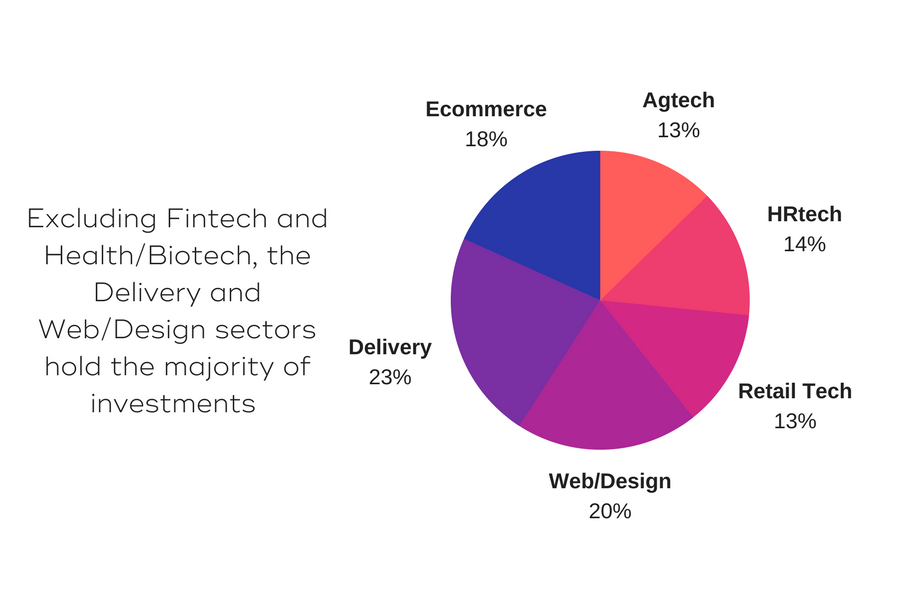 Previous article Learn from people who do it – Build, Lead and Scale an Engineering team
Next article Glass Ceiling Episode 4 – Benjamin Chong from Right Click Capital
Via Other
Tags businesscanvadatafintechHealthTechinsightsinvestmentmarketplacesNSWpicturewealthProsparaiseRetailsectorsegmentsSproutXstartupStartup Dailytotal