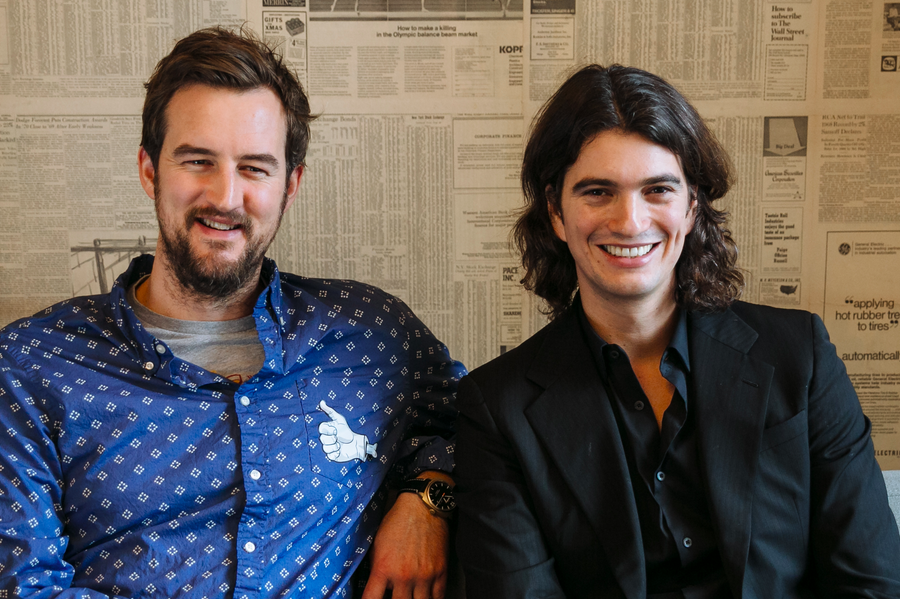 Cisco has acquired Synata, a San Francisco search company that will enahce how customers can search rooms and content within Cisco Spark, the company’s business collaboration service. Cisco’s Rowan Trollope said in a blog post, “When I first saw what Synata could do on top of Cisco Spark’s end-to-end encryption—without negatively impacting speed or usability—it blew me away. I am excited to welcome these pioneers in encrypted search into our team. And we are all excited to deliver super-powered search to Cisco Spark users everywhere soon.”

Facebook has acquired Masquerade, the startup which has created Msqrd, the app behind the face-swapping craze taking over the internet. The startup wrote in a blog post that while it will be partnering with Facebook to integrate its technology, the app will stay up and running.

Intel has acquired Israeli company Replay Technologies to boost its 3D video capabilities, with the company having produced a 3D video rendering capability it has termed “free dimensional” or freeD™ video that it has trialled in sports. Intel’s Wendell Brooks explained in a blog post that together the companies will scale a new category for sports entertainment it will call “immersive sports.” Wrote Brooks, “Immersive sports requires the high-performance computing Intel is known for, and it’s also data driven – fueling the continued build out of the cloud. For athletes, coaches, broadcasters and fans, the ability to capture, analyze and share data adds compelling new dimensions to the game.”

Soon-to-launch UK digital bank Atom has acquired Grasp, a digital design agency specialising in building user interfaces for the gaming space. Atom said the acquisition is part of its plans “to create the most engaging user experience in banking. In a single move, this brings together user-interface expertise from the banking industry with experience from the video games industry. This combined experience in 3D technology and design visualisation is driving the differentiation of Atom’s customer’s experience.”

UK inventory management software provider Veeqo has acquired delivery startup ParcelBright. Veeqo CEO Matt Warren said in a statement, “Together it will be the largest parcel delivery platform in the U.K. based on its user base and service offering.” ParcelBright’s cofounders Daniel Lipinski and Carlos Vilhena will act as expert advisors both commercially and technically for Veeqo, the company said.

Melbourne employee engagement startup Culture Amp has announced the closing of a US$10 million Series B round, led by existing investors Index Ventures with participation from Blackbird Ventures and Felicis Ventures. Ilya Fushman, General Partner at Index Ventures will be joining the startup’s board of directors. The startup, which counts companies including Etsy, Airbnb, and Eventbrite as clients, will put the funding towards the launch of advanced analytics features and expansion into Europe; the startup is set to open an office in London later this month.

Brisbane startup PlantMiner, which has created an online marketplace for hire equipment for mining and construction, has raised $3.5 million in funding from Madad Investments. The funding will go towards expanding operations in Australia, before looking overseas.

Social enterprise accelerator One10 announced it has made an initial investment in healthtech startup Health Delivered, which is also the first of the program participants to be revealed. The amount invested was not disclosed, with Geoff Gourley, founder of One10, explaining that the accelerator is not working through the traditional model of giving participants a set amount of seed funding in exchange for a set amount of equity. Instead, he said, One10 worked with the founders of Health Delivered to reach a “mutually beneficial deal.”

WeWork, the startup helping provide coworking space, has raised $430 million in a round led by Beijing firm Hony Capital, and its parent company Legend Holdings, with the funding to go towards launching a major push into Asia. The round values the startup at $16 billion, up from $10 billion last year.

Indochino, which provides made-to-measure menswear, has raised $30 million in funding from global clothing manufacturing company Dayang Group. The funding, which will help accelerate the company’s expansion plans, comes as part of a five-year alliance agreement that will allow Indochino to expand its product offering across its online and retail stores.

Southeast Asian Netflix rival iFlix has raised $45 million in a strategic investment from Sky, with Sky stating that the parties will work together to identify areas of future collaboration across the high-growth emerging markets in which iflix operates. Launched in May 2015, the platform currently has over one million members across Malaysia, Thailand, and the Philippines.

Tizona Therapeutics raises $43 million in Series B round

Healthtech startup Tizona Therapeutics, a company focusing on developing new treatments for autoimmune diseases, has raised $43 million in a Series B round led by Abingworth and Canaan Partners, with participation Lightstone Ventures, MPM Capital, Amgen Ventures, Astellas Venture Management, and InterWest Partners. As part of the financing, Shelley Chu, partner at Abingworth, and Nina Kjellson, partner of Canaan Partners, and Jean George, general partner at Lightstone Ventures, have joined the startup’s board of directors.

4tech raises $29 million Series B round

4Tech, a healthtech company, has raised $29 million in a Series B round led by Valiance and RMM, with participation from existing investors, new investors NeoMed Management, and a group of business angels in the healthtech space. The funding will go towards pushing into the European market.

Property Partner, a UK crowdfunding platform allowing investors to buy a stake in rental properties, has raised $18.5 million in a Series B round led by Octopus Ventures, with participation from Index Ventures and Dawn Capital. The startup has also secured a $4.25 million venture debt facility from Silicon Valley Bank, bringing the total raised to $22.5 million.

Crimson Hexagon, a startup providing social data analysis, has raised $20 million in a funding round led by Sageview Capital. It will go towards expanding the startup’s offering and capabilities, and growing its global sales and marketing teams.