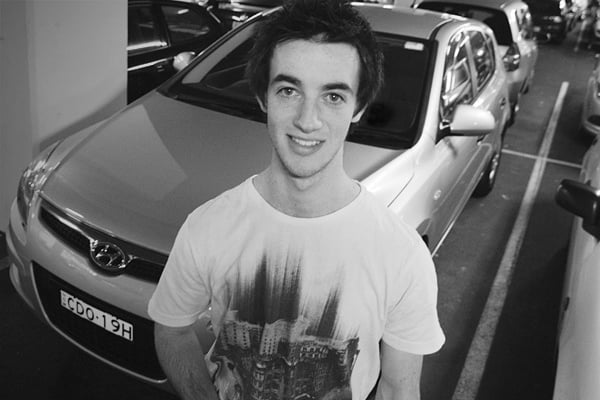 19 year old entrepreneur Brandon Cowan has been praised in Media over the last 2 years for his successful apps and philanthropic work in creating apps for organisations and communities that help them be more effective in reaching their goals and mission. Recently he has been reaching out to the Red Cross Blood Service to create an app for them in order to help increase repeat blood donation, after reaching out a number of times, he has decided to write an open letter in order to get the attention of the “right” person he needs to talk to within this part of the organisation. Share this one folks, it’s an important issue, and the app can actually help save lives.

As the National Corporate Marketing Manager of the Australian Red Cross Blood Service, I am hoping that you can help me assist your organisation.

I am Brandon, a 19 year old social entrepreneur and developer of 4 top-100 apps under my Company, Crazy Dog Apps. I have also been fortunate enough to have been featured on Seven News, Today Tonight, 2GB, The Project and lots more. Please see below, my experience with trying to help The Australian Red Cross Blood Service.

In February 2012, I had an app idea that would change many people’s lives throughout Australia. After making the PetRescue app for free, I decided that it was time to work on another social venture.

1 in 3 people will need blood in their lives and just 1 in 30 people donate blood. The first thing that came to my mind was to make an iPhone app for the Australian Red Cross Blood Service for free. The app will encourage current donors to donate more often and increase the number of donors. In other words, it will help solve the problem of blood shortages in Australia. It would do this through things such as having automatic alarms set to go off a few days before the donor can donate next, and sharing the fact that you have donated blood (and plasma/platelet) on social media sites like Facebook and Twitter.

I contacted a number of Blood Service employees and in July 2012, I managed to arrange a meeting with the National Digital Media Manager. I met him at the Red Cross’ office in Sydney but unfortunately he was not the right person to talk to about making the app for free. He did however, kindly arrange an introduction with myself and the National Digital Marketing Coordinator of the Blood Service.

After responding to me, she explained that the Blood Service’s initial priority is to enhance their mobile site but sincerely thanked me for my offer. I replied, outlining the many advantages of having an app as well as a mobile site and other information. At the bottom of the email, I included that I will create some mockups of the app and I look forward to sharing them with her when they are ready. She responded, saying that she would be delighted to see my mockups but cannot promise any more involvement beyond that, which is understandable and reasonable.

Less than 3 weeks later, I finished creating the mockups and I told the National Digital Marketing Coordinator. She replied saying that she had just found out that the correct person to talk to is based in Melbourne and he would like to see my designs. I believe that the usefulness of the app is displayed more effectively when showing the screen designs personally. Due to this, I flew over to Melbourne (from Sydney) at my own expense to meet you, the National Corporate Marketing Manager of the Australian Red Cross Blood Service in early September, 2012. One of the first things that you said was “we don’t need an app at this stage.” Enthusiastically, I spent almost the entire 45 minutes of the meeting pitching the app and outlining it’s many benefits, highlighting the fact that the app would be made entirely for free and I do not want anything out of it. Furthermore, I stated that I would still like to create the app with absolutely no recognition because making this app is very important to me. The effects that it will have on peoples’ lives will be a great reward for me and I feel that I wouldn’t be doing good if I charged money for making an app like this. The meeting ended with me asking when I will hear back from you and I got a reply of ‘two weeks’.

Exactly 14 days later I emailed you to see if a decision had been made. After sending five more emails over the next few weeks, over a month later I received a response outlining reasons to not pursue the app.

I am writing this open letter as a plea to let me help your organisation. I have emailed Robert Ticker, the CEO of the Red Cross a number of times and I only got a response once (which is understandable as he is a CEO), forwarding me onto an incorrect person in the organisation.

The Australian Red Cross Blood Service is an amazing organisation and many thousands of Australians owe their lives to it.

Everard, we hold the key to saving thousands of extra lives. You, representing The Australian Red Cross Blood Service are the lock. Please accept my assistance in helping achieve the Blood Service’s goal of increasing blood, plasma and platelet donations. This is no risk and no cost.

I am looking forward to hearing a response.