Agtech segments which have raised the most funding in Australia 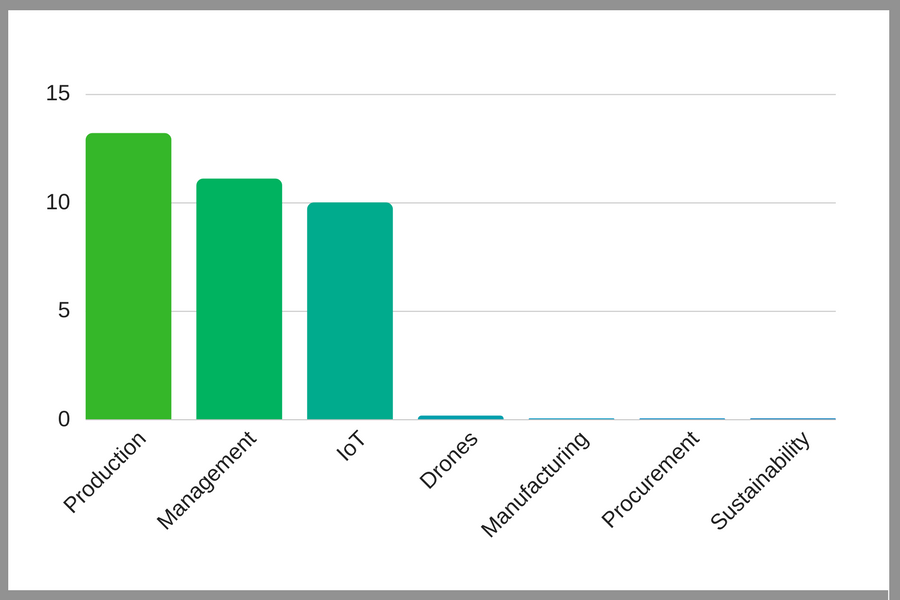 Thanks to the launch of accelerator programs such as SproutX, the agtech sector in Australia is set to expand.

The program, the first of its kind in Australia to focus on agtech startups, kicked off only a few months back, accepting 11 startups who are currently working out of SproutX’s Melbourne coworking space to grow their business.

Furthering support for agtechs, Asia accelerator SparkLabs Groups announced this month that it was partnering with the NSW Government’s Department of Primary Industries to launch Cultiv8, an accelerator targeting food and agtech startups across the state and regional areas.

Amongst the agtechs currently in the space, an increasing amount is working with internet-of-things solutions (IoT), with those in the segment having collectively raised just over $10 million.

Leading investment totals for IoT agtechs in Australia is The Yield, which applies its flagship ‘Sensing+’ technology to detect the microclimate of an ecosystem, analyse the data and make predictions accordingly.

Founded in 2014 by Ros Harvey, the NSW startup closed its latest investment earlier this year, raising $6.5 million in a Series A round led by Bosch Australia.

The agtech segment leading investment in Australia, however, is production. Inclusive of startups which provide solutions directly allowing the end user to generate natural resources, production startups have raised approximately $13.2 million to date.

At the forefront of the segment with a $12.5 million total investment is Flow Hive, a Byron-Bay based startup which has developed a self-harvesting beehive. Launching in 2015, the business raised an early $6.4 million through crowdfunding platform Indiegogo, supported by over 14,000 backers.

Behind production, the management segment holds the second most investment among agtechs, led by Agworld, a Perth startup which offers a data capture and management platform for agricultural businesses.

With under $1 million total investment sit agtech-focused drone startups such as FluroSat, which applies drones for the purpose of monitoring crop health while gathering production data.

Populated by startups participating in SproutX, which offers $40,000 in funding to its participants in exchange for eight percent equity, the sustainability, procurement and manufacturing agtech segments have all raised $40,000 each.