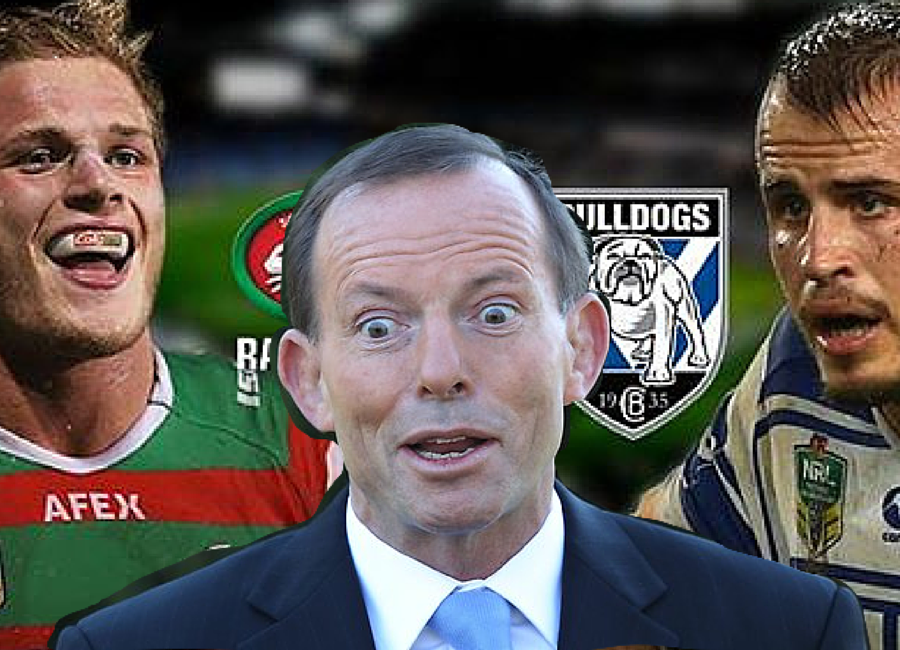 Last night was pretty epic. In a game that had everything including a fractured cheekbone pretty much off the bat, a nasty head clash and some of the best footballers we have seen this season, the South Sydney Rabbitohs brought home the premiership in the grand final against the Canterbury Bulldogs with a 30-6 landslide victory.

But even with at least half the crowd being elated and excited, it couldn’t save Australia’s top public official from being on the receiving end of the very obvious, very unanimous, boos from the crowd when he was acknowledged on stage during the post match presentation. I mean, the guy didn’t even say anything stupid this time and people STILL booed him.

Farrrk. I think we can comfortably say he probably won’t be getting in next time.