Zova aims to change the way women work out, but not all investors are buying it 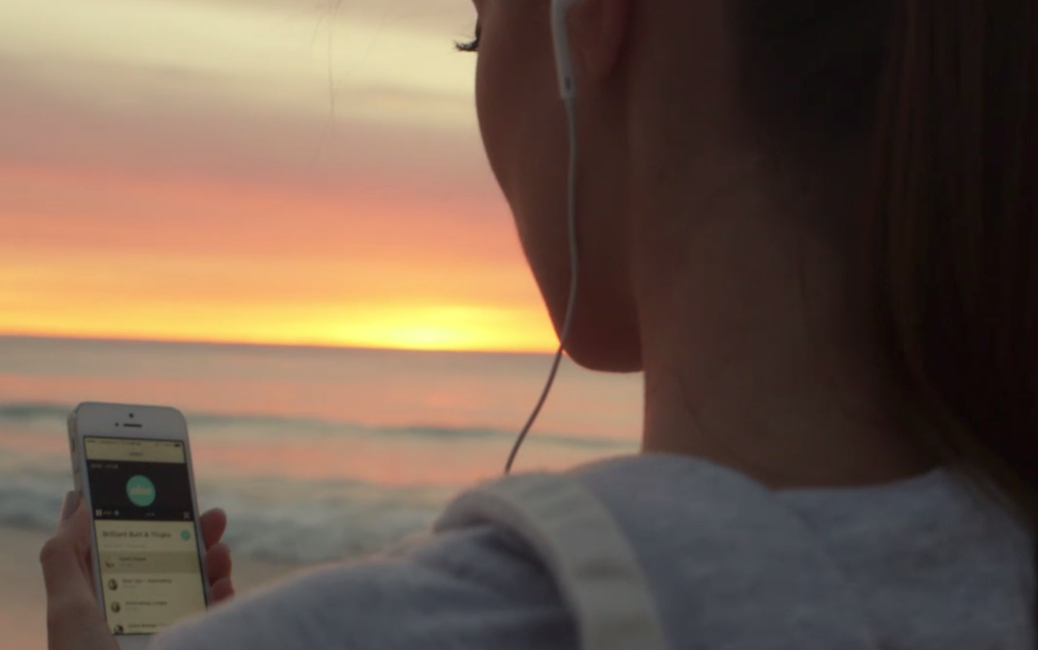 Zova, an app targeted at women in the fitness industry is starting to gain significant traction both in Australia and overseas. Instagram has been a great marketing tool for the startup, with it amassing over 11,000 followers in a short amount of time.

Zova was founded by Brisbane based duo, Niall McCarthy and James Tonkin. The business had an original focus on children – combining rhythm and exercise, and making workouts more fun and engaging. Zova gained a bit of traction within that target market and was able to leverage some significant PR partnering with professional male and female soccer players and appearing on television shows such as the Today programme.

Last year, with guidance from the founder of Jetts, Brendan Levenson – Zova pivoted to focus more on the larger women’s health market.

The pivot has turned out to be a good move for the company. They recently become one of just over a dozen apps selected by Apple to be featured as part of the Apple Health App that is part of the iOS8 rollout. This is a win which has seen the daily download numbers increase dramatically since iPhone 6 launched.

McCarthy and Tonkin have also said that despite such a rapid international take up, they intend for the moment to remain Brisbane based.

Whilst the app may have pivoted towards a focus on women, the premise is still the same. Zova uses guided rhythm and vocals combined with exercise science to create unique workouts. The ‘smart’ aspect of Zova is that it recommends particular workouts based on information it gathers from your location, time of day, and your general lifestyle. It then integrates with health apps so that users can track and review their progress.

Whilst Health / Fitness Tech is a difficult nut to crack and a space that is currently beginning to see a new ‘revolutionary’ app launch every other day, Zova is doing a good job positioning itself as a leader in the market. The Apple relationship also significantly increases their chances of success.

But not everyone is buying into the gender focus angle. Zova was recently featured on Product Hunt, a curation site that highlights the ‘best new products’ everyday. Whilst for the most part commentary was positive regarding the application, it did draw some criticism from Nadia Eghbal, a principal at Collaborative Fund, that has invested in startups such as Angel List, Kickstarter, Lyft and even Australia’s LIFX. Eghbal cited that she was wary of apps that advertise getting a “slimmer stomach” and anything that promoted a “gender orientated workout”.

McCarthy responded to the feedback, pointing out that the mission of the company was to empower women to find their rhythm through fitness, health and well being – this means all sorts of things to different users, such as getting fit, or even improving mood or mental health. He then pointed towards the Zova Instagram account to reiterate the brand’s values.

Eghbal however remained unconvinced, and drew comparisons between the Zova platform and other more gender neutral sports such as Crossfit.

@jamesptonkin I understand that, but getting fit and improving mood/mental health are not at odds with each other. Terms like “toning” and “slimming” don’t do women any favors. You’re teaching them to look good, not to be functionally strong.

Gender-neutral workouts like Crossfit or circus don’t cut women any favors, and you see it in the culture – everybody is treated with equal potential. Women do all the same stuff men do. The kind of workouts Zova teaches (at least based on Instagram) promotes the incorrect and pervasive belief (from both genders!) that women can’t do, or don’t enjoy doing, the same workouts that guys do. It boggles my mind how many men have upvoted this.

I’m really glad you’re interested in helping women be active, but use the opportunity to set the bar high! 🙂

Whilst many would back up Eghbal’s argument, to be fair, there is also a strong case to be made against it. Gender orientated gyms such as Fernwood have grown rapidly, so there obviously is a market for gender focused services in the health and fitness sector.

Further to that, many brands are capitalising on the social currency of the rising community that includes lifestyle and fitness bloggers, as well as Instagram and Facebook personalities, Zova included. Its ambassadors include Dani Bonnor, Taylor Morgan, Revie Shultz, Libby Babet, Amanda Bisk and Yasmin Harnell – who between them command a collective audience of over 250,000 followers via their social media channels.

Initial traction looks promising for Zova, however the key to success is in the continual creation of world class engaging content. In that respect, Zova is almost a media company of sorts. The path to success relies on new users remaining paid subscribers after their initial 30 days trial – that is when the real questions around the validity of a gender focused health app will be truly answered.