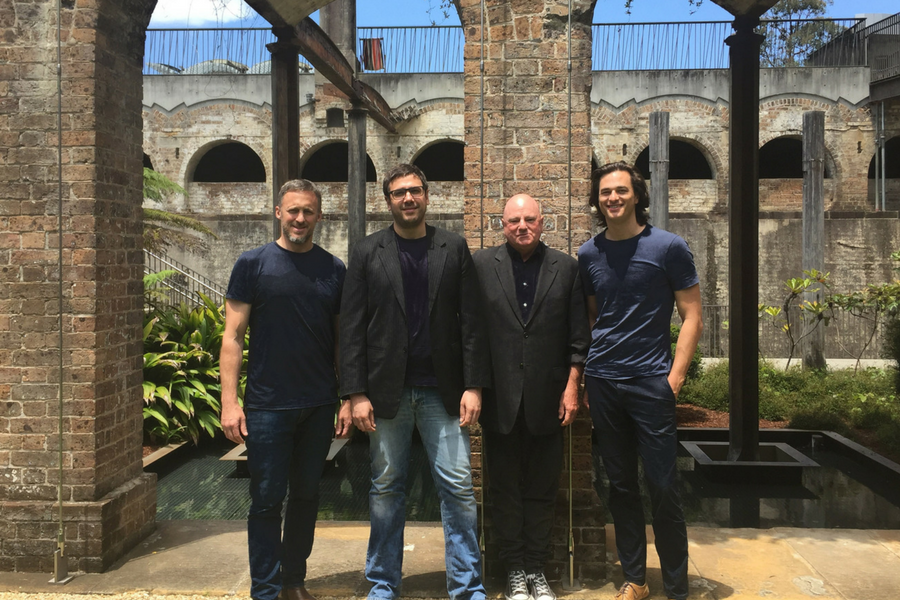 Though you might think you have seen Australian startups come at the real estate market from every angle already, local company YouWish believes it’s taken a new approach by focusing on off-market properties.

Founded by Tariq Qayoom, Titus Day, and Allan Crew, with architect and former House Rules judge Joe Snell on board as a brand ambassador, YouWish aims to give homeowners a low-risk way to test the market.

The startup believes there are homeowners who, while they don’t necessarily want to sell or have selling top of mind, could be drawn into selling for the right price. YouWish allows them to showcase their properties and see what kind of prices they could fetch “without a large financial or emotional commitment, or obligation to sell”, Qayoom said.

Meanwhile, YouWish allows buyers to view properties they can’t see anywhere else, and connects them directly with owners to have a go at negotiating.

“The problem with the property market in Australia – especially in big cities – is its volatility, making it difficult to determine exactly how much a property might really be worth. youWish lets owners test the market before deciding if they want to sell or not,” Qayoom said.

The platform can also be useful for real estate agents, Qayoom added.

“Agents are acutely aware that listed properties are under close scrutiny. If they accrue an inordinately large number of days on market this can affect their saleability. With YouWish, agents can showcase premarket homes or post market homes without them being ‘on the clock’,” he explained.

The idea for the service came from personal experience. Each day Crew and Qayoom would have coffee in the cafe across the road from their office, where the owner knew about all that went on in the neighbourhood.

“She told us the story of the house next door. The owner had no intention of selling, but out of the blue an agent knocked on her door and made an offer she couldn’t refuse and didn’t. We subsequently heard it sold again a few months later for an even higher price,” Crew said.

Hearing this, they came up with the idea for a platform where homeowners who didn’t necessarily want to sell could showcase their home offer the market with the price they would want to get for it, while buyers could look at properties that weren’t listed anywhere else.

“We were inspired to bring youWish to life because out of all the ideas we had considered, showcasing off-market property was the one that really stood out. We discovered that door knocking to find homes to buy was quite a common practice and that there wasn’t a site dedicated to showcasing off-market homes [so we] decided to create one.”

For $99, a homeowner can showcase their property with a basic listing for 12 months, with the platform allowing them to negotiate directly with buyers if they should so choose.

While the basic listing enables homeowners to upload 12 photos, a ‘Featured Showcase’ listing priced at $199 for 12 months allows them to upload 30 photos and includes video hosting.

Seeing owners were having difficulty writing their own copy and taking quality photos, YouWish also launched three extra packages to help them with copywriting, photography, and video; a Chinese copywriting service is set to launch over the coming months.

With the noise in the real estate space louder than ever, Qayoom said the startup is targeting the 95 percent of homeowners whose homes are not on the market through a mix of online and offline channels.

“We will be paying attention to fence sitters, those owners who are thinking about selling but are put off by either the costs, the emotional stress, the hassle or all three. A lot of people just don’t want a sign outside their home. We’ll also be focusing on owners of investment properties and Airbnb-ers,” he said.

Launched a couple of months ago, Qayoom said there have not yet been any sales made through YouWish, however a few owners have seen such interest that they have upped their listed prices. The startup has also seen interest from real estate agents and “other real estate-aligned companies”.

“At a real grass roots level, we’ve been personally handing out cards to unsuccessful attendees at auctions to get a firsthand feel of how buyers react to the concept of youWish. It has been pretty pleasing to discover that many of them have already registered with us and are very receptive to the idea,” Qayoom said.

Qayoom believes YouWish is the only platform dedicated to showcasing off-market properties – there are, in fact, a couple on the scene, though they admittedly work a little differently. Property Whispers, for example, works by having real estate agents upload off-market listings, which means a homeowner must work with an agent rather than doing it themselves.

With the platform launched, the startup is now focused on bringing buyers and sellers on board, while also proving the worth of YouWish to real estate professionals.