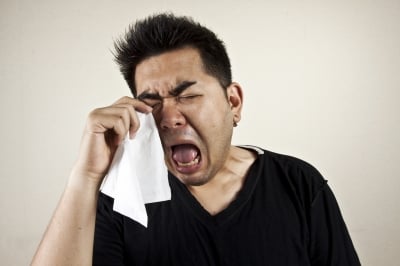 Having recently moved up to Sydney from Melbourne to take on a new opportunity, one of the first ports of call on my list was visiting arguably Australia’s largest start-up conference, Sydstart.

Now you have probably seen and read enough about this landmark event so I won’t bother you with the details, but one observation I will make is that startup folk, be it in Melbourne or Sydney, are a really friendly bunch.

I mean, it doesn’t matter how bad or doomed to fail your idea is, we exchange handshakes, smile politely and proceed with predictable niceties such as the tried and true “so what are you working on?”, “really…hmm, that’s interesting, tell me more” and after a few minutes of repetitive and more times than not, uninspiring idle chit chat, we exchange business cards, wish each other all the best with our respective endeavors and move on to the next visible approachable person to do it all again!

Like a single bloke at a bar playing the numbers game, we do this in vain, hoping that we will come across a co-founder, a strategic partner, a developer, an investor or a lead to any of the aforementioned.

Now, don’t get me wrong. This is what it’s all about. Networking, exchanging ideas and gaining a different perspective. If I didn’t believe in the merit of it I would not attend such events.

However, what seems all too obvious is that most folk are too quick to seek out those relationships at the expense of honesty. We are reluctant to tell our new friend what we really think about their idea and provide some insight or a different perspective that may not be easy on the ears.

Are we better people for it? Probably not. Our talents should be spent on scalable ideas that will generate revenue, jobs and make a difference.

If an idea has already been done, lacks market demand or is plain crap should we not say something?

Bluechilli, the fledgling start-up incubator, received 2,664 pitches in 2012 while less than 1% made it to the development stage. There are numerous reasons for this but I’m willing to bet that more often than not, ideas fell slightly short of the mark.

We aren’t the judge, jury and executioner – whatever we say won’t result in our new friend dropping everything right there and then and joining the Army, but it may give them something to think about. And thinking about your concept objectively is a lot better than living with sparkling elves on Mars, sipping mushy shakes while playing Super Mario Bros 3.

Oh so you quit your job and mortgaged your house to make a yoga app did you? How is that app any different to the hundreds of yoga apps in the iTunes store not making any money? No it’s not interesting. It’s stupid. Say something. But be nice about it.

Objectively break down the idea, not the person.

Angellist‘s  Ash Fontana kindly reminded us at Sydstart that we are not our idea. Once we can draw a line between the two only then can we objectively assess our and other people’s ideas without coming across like we’re having a go at the person. The concept of failing fast is touted by many and in some cases it may be best that the budding entrepreneur learns from their own mistakes. But we’re all in this together. We’re all learning. And the best way to get ahead in the game is to leverage and stand on the shoulders of giants.
PwC’s recent Google commissioned start-up report reminds us that we could be generating $109B for our economy and creating over half a million jobs by 2033, so let’s not waste our time sweating the small stuff and let’s think big.
Airbnb is a great example of this. Joe Gebbia and Brian Chesky’s platform was initially a housing service, focused around conferences. It wasn’t until the conference part of this equation was dropped that the company’s revenue chart went from resembling a barbell to a hockey stick and is now the envy of the tech and startup world.

So next time you’re mingling at a start-up event, be honest, you just might provide the spark that lights the fire… and who knows, you might be lucky enough to be taken along for the ride.