Will any local player in the FitTech space be able to replicate the scale that New York based ClassPass has experienced? 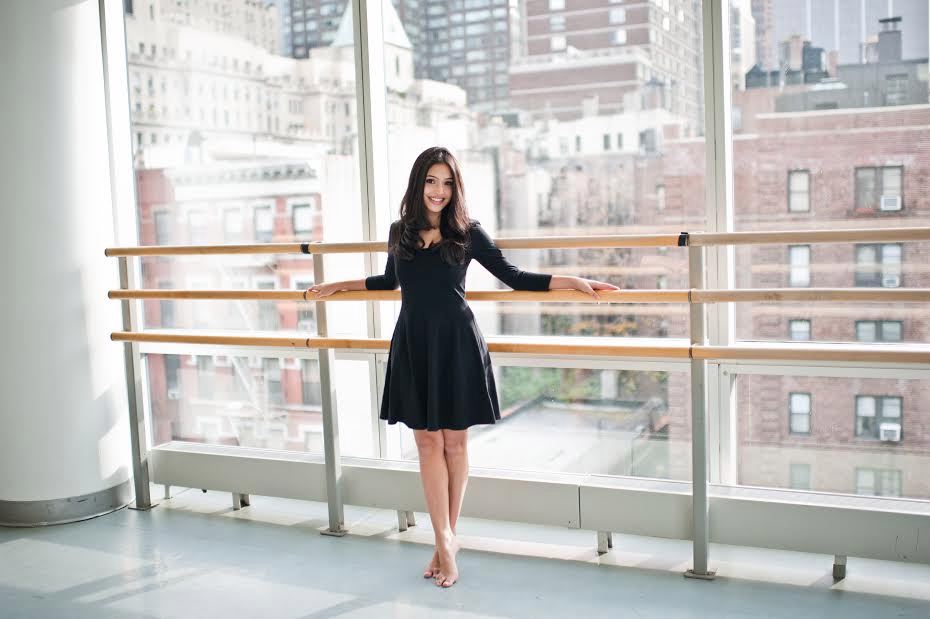 FitTech is beginning to be a crowded space in Australia, and two more startups have joined the likes of Australian ventures FitUsIn, Classium, Classhopper and FillMyClass in recent weeks with the hopes of being the first to dominate the market in a space that is as competitive and unforgiving as the TravelTech space.

The two newcomers to the space are My Class Fit, founded by UNSW alumni Jade Feng, Sohaib Mushtaq and Delia Deng, and the soon to launch AnyClass founded by Elena Torriani and the team at 25Fifteen.

Australians have always been large adopters of fitness based technologies and we have also had some major success stories in the space. In 2012 Australian entrepreneur Nick Crocker launched his fitness coaching technology startup Sessions, which was acquired in February by My Fitness Pal. The Sessions deal is a shining example of the impact an Australian born application can have at a global level.

Albeit a different model than Sessions, the “Fitness Class Pass” space has the potential to be a large and profitable market. The above six are not the only contenders; based on the information at hand and traction of the startups, they are most definitely the strongest contenders in Australia at the moment.

AnyClass works on a subscription model and has just launched in Sydney. The platform allows users to access dozens of gyms and studios and unlimited classes for a flat weekly fee. Some examples of classes include yoga and mixed martial arts.

“The boutique fitness space is booming in Australia,” said AnyClass co-founder Elena Torriani who comes from a family of gym owners. “I kept hearing friends say that they could never attend all of the classes they wanted to, across studios, because membership to all of them would be too expensive.” 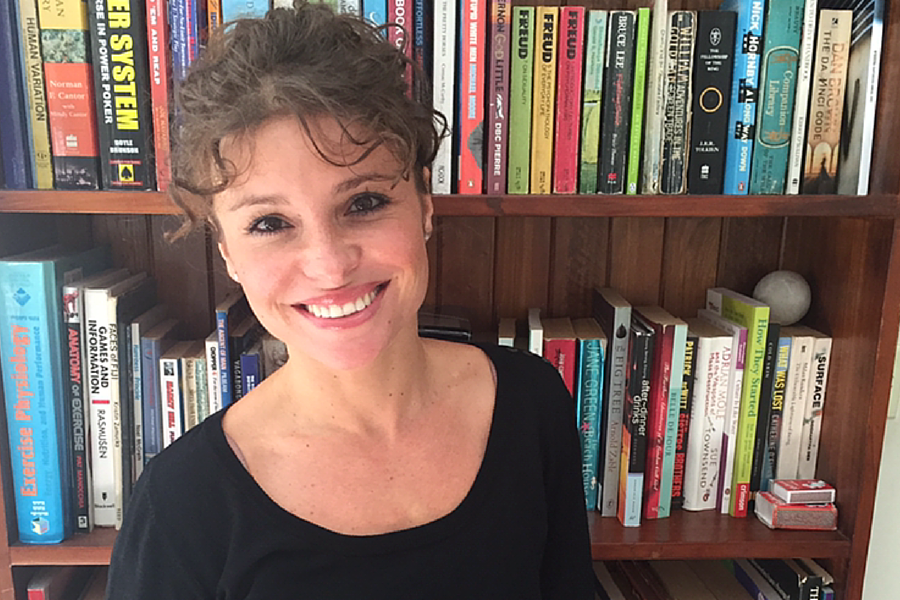 The fitness industry has undergone a major transformation; an industry that previously thrived on telling customers what to buy, now has tech savvy customers that already know exactly what they want to achieve and what products they want to buy or classes they want to attend in order to implement the changes they desire.

Much like AnyClass, MyClassFit partners with local fitness providers and subscribers to get access to classes offered by those providers. It describes itself as having a similar business model to music streaming service Spotify. The backend of the platform works on a model where the fitness classes give MyClassFit spots, for example, a studio may have an extra ten spots they can fit in to their usual yoga class. 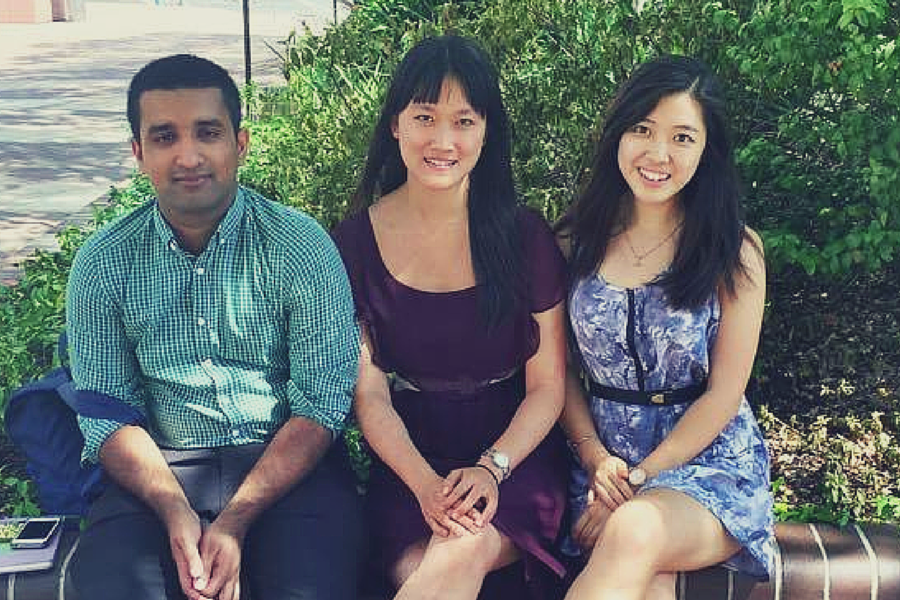 “As a user, I can book myself into that class and go to the class. We only allow you to attend three classes max a month per studio. You can do as many classes as you want across different providers. There’s greater variety than a normal gym would be able to give” says co-founder Jade Feng.

“Like Spotify, we do pay for every reservation and attendance. You do get penalised if you book in a class and take up someone else’s spot and you don’t turn up. I think that’s a good incentive as well for you to commit to your class. From our research and surveys, we found that people don’t usually go to the gym more than 10 times a month.”

Both AnyClass and MyClassFit have told Startup Daily that the business models they have both implemented were inspired by New York based startup ClassPass, a company that launched two years ago and was part of the TechStars accelerator program.

The growth of ClassPass has been quite meteoric. The startup raised a total of $52 million in venture capital since launching ($12 million Series A and $40 million Series B) and currently offers users access to over 2,500 studios and boutique gyms in 30 different cities for the price of $99.00 a month. The startup also claims to have had over 1.5 million reservations made via the platform since launching.

Given the fact that Australians actually spend more money per capita on health and fitness each year than Americans, I feel that the price point of $70.00 to $90.00 that most of the local players are offering on average could actually be a little higher, giving themselves better margins and passing on more revenue to the gyms and classes making being part of their platform a more attractive deal.

But I would also argue that Australia is not big enough of a market to accommodate five companies doing the same thing. In terms of UI / UX all the local startups in this space are on pretty equal footing; they all work in a very similar fashion with very minor differences platform to platform from a user perspective. Whilst FitUsIn was undoubtedly the first to market locally and as a result has reaped the benefit of a lot of press coverage and awards because of this, I don’t necessarily think it secures its safety in the space.

The backing of 25Fifteen for AnyClass is something that shouldn’t be ignored. Both Luke Carruthers and Kim Heras have a great deal of experience in the startup space and via Heras’ Pushstart connections are tapped into a wide network of investors for when it comes time to raise capital. There is also the fact that 25Fifteen is actually relatively new and will be looking for a couple of wins to have under its belt in the near future.

But the dark horse in this race could in fact be MyClassFit, based purely on the fact that in the last two weeks since launching Feng (a self-taught coder) and her fellow co-founders are on track to having between 500 and 600 classes available on the platform within the next couple of months, shows that the team has systemised their on-boarding strategy for both gyms / classes and users very early on, and it’s this that is going to get them marketshare. Like AnyClass, the platform will not be open to users for a couple of months so there will be a full platform of classes when users start getting onto the platform – both companies are taking on pre-signups right now.

If we look at this space in the United States for guidance it is very clear that two overarching things are going to determine dominance in this space locally. The first is capital; in order to make a significant impact, the dominant player will need to be seriously cashed up as marketing and technology are going to be critical to scalability. And the second is mobile-first, whether that is in the form of a complimentary app or something else, it will be important in order to reach younger audiences so they can access classes from the palm of their hand.