Well shit, that was a dumb thing to do at a startup conference 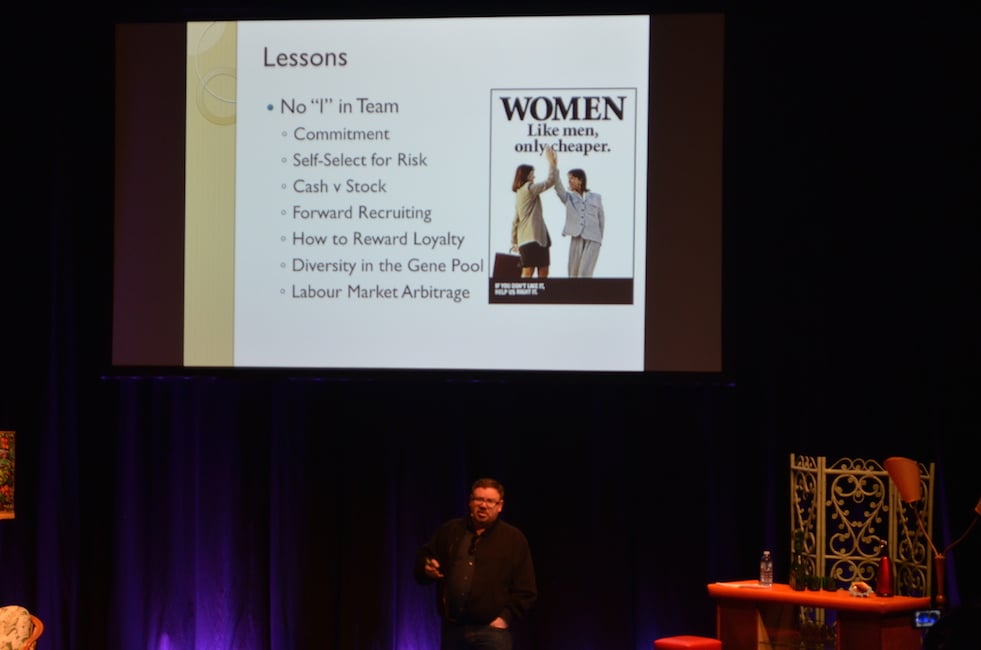 There are times when you should just keep your mouth closed about certain topics, even when you don’t mean any malice by it – which I don’t think was the intention of Evan Thornley, co-founder of LookSmart and speaker at today’s Startmate and Blackbird Sunrise conference.

Whether it was intended or not, he pretty much, in the weirdest roundabout way, told the audience that hiring women in your startup was a great opportunity to save dollars, because, you know – the whole gender pay gap thing.

Here is what was said:

I think when we went public on the NASDAQ I was the only company in Silicon Valley that had a majority of women on the senior management team, at least for a period of time.

The Australian labour market and the world labour market just consistently and amazingly undervalues women in so many roles in particular in our industry, so [just] call me opportunistic, I just thought I could get better people, with less competition, because we were willing to understand the skills and capabilities that these women had, so there is a great arbitrage there, we would give them more responsibility and greater share of the rewards, than they were likely to get anywhere else and that was still somewhat cheaper to what we would have had to pay for someone less good for someone of a different gender.

I’m not advocating that, that inequality should stay – I’m just saying that there is an opportunity for forward thinking people.

Well at least he is not advocating it, right? Not to mention that slide! Cringeworthy much?

You would think someone that has dipped their toe in politics would have a bit more sense.

Needless to say, many women in the audience were pretty furious.

We will have a full review of The Sunrise along with our backstage podcasts on Monday and throughout next week.